Electronic Arts CEO Andrew Wilson said in an analyst call today that the massive game publisher is planning to expand its lineup of titles in the next couple of years.

Wilson said on the call that EA had decided to postpone its NBA Live game for the fiscal year that ends March 31, 2020. Instead, EA is working with the NBA and NBA Players Association to create a game for the new video game consoles in the year ending March 31, 2021.

Instead of shipping Battlefield, EA will focus on investments in the free-to-play Apex Legends game from EA’s Respawn Entertainment studio. That game is showing renewed strength and EA is viewing that game as its “shooter for next year,” said Blake Jorgensen, chief financial officer, in the earnings call.

Apex Legends has 70 million players, EA reported today, and the new Season 3 map and Halloween event are proving to be very popular. Average weekly player peaks are significantly above Season 2 in Season 3 of Apex Legends. Both Apex Legends and The Sims 4 are modeled for sales of $300 million to $400 million for the fiscal year ending March 31, 2020, Jorgensen said.

“In Apex Legends, we continue to deepen our long-term investment in the game and its community,” Wilson said. “With each successive season of new content, we are building, adding to the experience, and learning. … Weekly average player peaks in Season Three are significantly above our Season Two peaks, and we’re continuing to bring more new players into the game. Apex Legends is a major long-term franchise for us.” 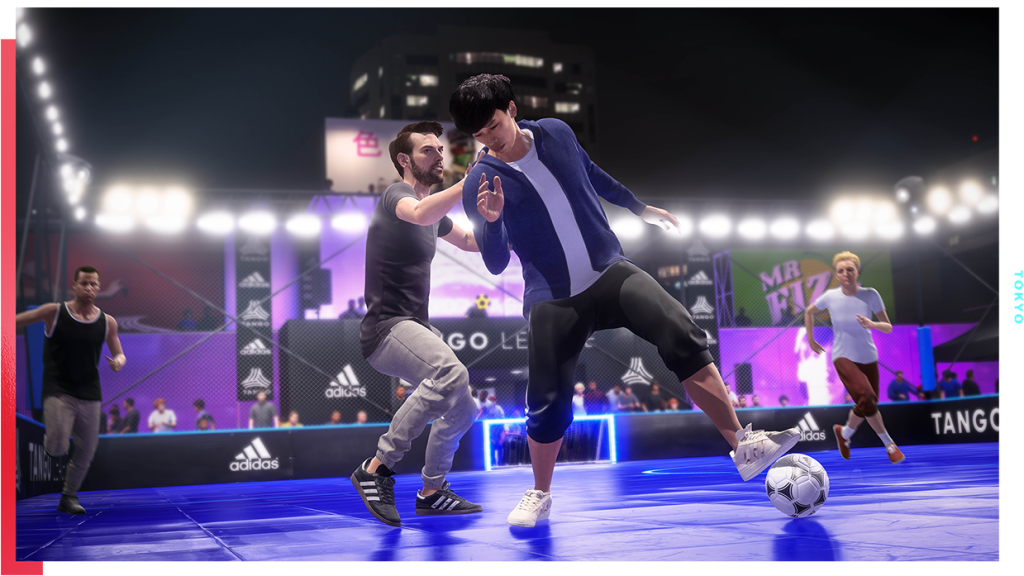 EA will create a 9 month-long esports series for FIFA 20. Last year, that competition drew 800 million views and EA is hoping to increase that in the coming year, Wilson said.

“We continued a strong FY20 with an excellent second quarter. Our latest EA Sports titles are captivating a growing global player base, and deep engagement in these titles and our ongoing live services fueled our continued momentum through Q2,” Wilson said. “As a result, our revenue and earnings per share exceeded our expectations for Q2, and we are raising our full-year guidance today.”

He added, “At Electronic Arts, we are focused on creating amazing new games and content, offering live services that extend and enhance the experience, and reaching more players when and where they want to play. I’ll share a few highlights here of how we delivered against these focus areas during Q2.”

Jorgensen said mobile games in the third quarter were $122 million, down 20% from a year ago, due to aging titles. But Star Wars: Galaxy of Heroes was strong, as was FIFA Mobile China and FIFA Online 4 Mobile. Above: Cal and his droid buddy BD-1.

And EA will launched its much-anticipated Star Wars Jedi: Fallen Order, on November 15. Battlefield V will see an expansion into the Pacific theater of World War II.

“The one fantasy that many of those fans have been telling us they want is to experience the journey of becoming a Jedi — and we’re set to deliver that with Jedi: Fallen Order,” Wilson said. “The Respawn team have been pouring their passion into creating this new game in partnership with Lucasfilm, with characters old and new, and a story that is now an authentic part of the Star Wars universe. It’s going to be a thrilling adventure to play, and with more than 140 million views to date of trailers and videos for the game, the community is eager to jump into Star Wars Jedi: Fallen Order in just a few more weeks.” 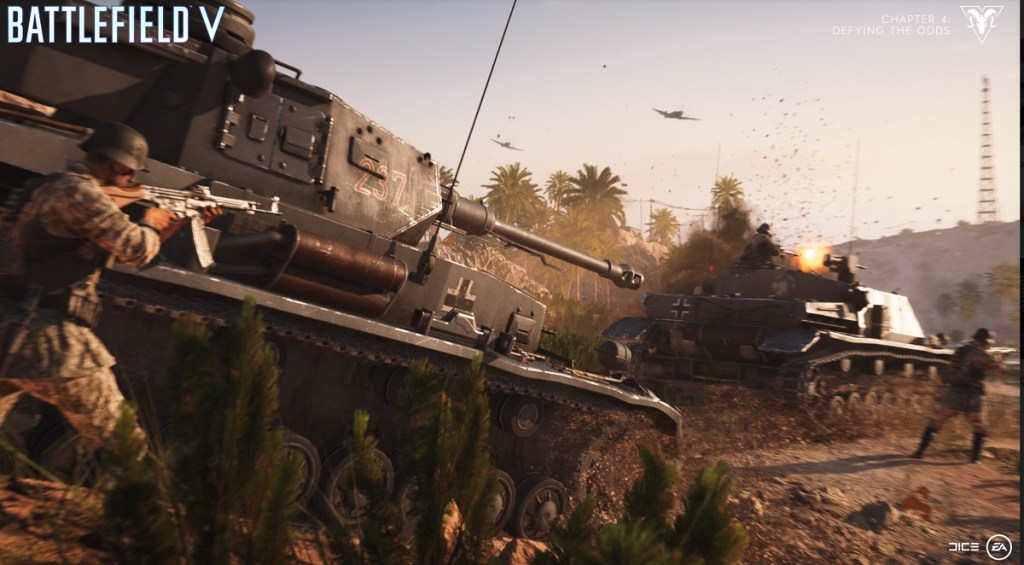 Above: German armor in Battlefield V.

Besides the NBA Live title, Wilson said that EA is working on a brand new opportunity for EA Sports. That title will expand EA’s line-up of annual EA Sports titles.

EA will also expand its live services for games like Apex Legends and The Sims 4.

“We also have plans for new experiences that we’ve not yet announced for next year,” Wilson said. “New titles and new IP for multiple platforms. Introducing new games will always be at our core, and we look forward to exciting players with unexpected new titles in FY21.”

EA also has two new EA Partners titles coming, as well as other unannounced titles in the works.