Electronic Arts is unveiling a state-of-the-art competitive gaming studio that will serve as its flagship location for esports broadcasts.

The EA Broadcast Center at EA’s headquarters in Redwood City, California, represents a multimillion-dollar investment in the future of competitive gaming, said Todd Sitrin, senior vice president of the competitive gaming division at EA, in an interview with GamesBeat.

“This is a big statement that EA is committed to being a broadcast media content creation company,” Sitrin said. “This is a monumental moment. It furthers our commitment to competitive gaming for years to come.” 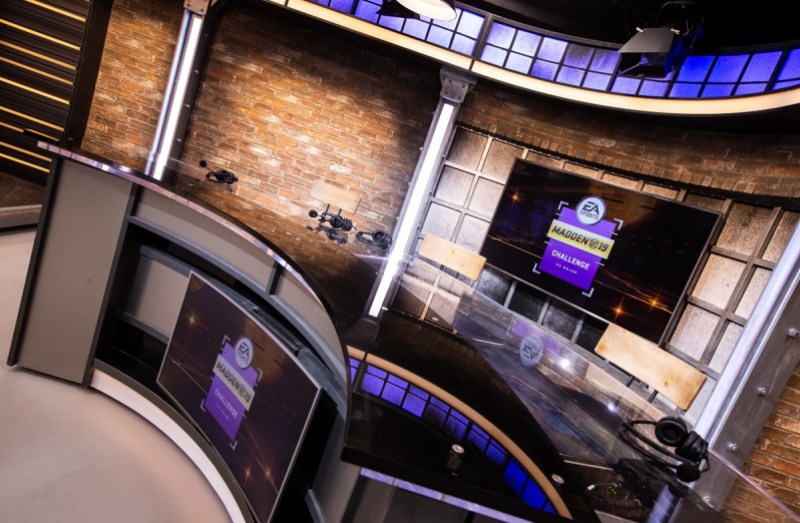 The studio is split into two parts, one with a stage and audience seating and another part that serves as a players lounge. The studio has more than 60 screens and monitors, 200 light fixtures, multiple spectator cameras, and a four-person shoutcaster desk with built-in monitors.

The lounge is designed as a New York loft, and it is outfitted with robot cams and directional microphones to catch all the moments. The control room is quite fancy too, with the ability to stage digital broadcasts and shows for linear TV on channels such as ESPN.

“The broadcast center and studio has a focus on running competitions, but it also will have all of the other show content, like analyst shows, lifestyle profiles — the things you see around traditional sports,” Sitrin said. “We knew for us to be a leader in competitive gaming, we needed to increase both the quantity and quality of content we were producing.” 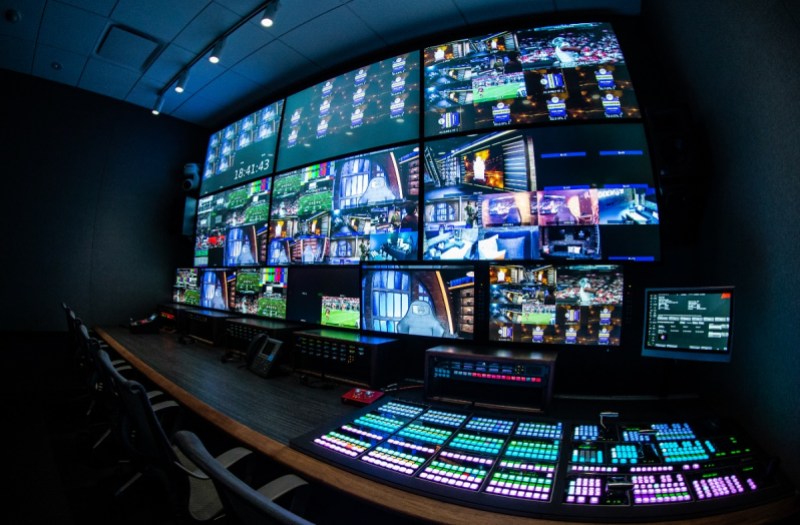 Above: The control room for the EA Competitive Gaming Studio.

EA will use the studio as much as it can in the years ahead, perhaps even renting it out to people like me, who can take on all comers in games like Apex Legends.

Beginning today, 16 finalists will descend upon the new studio to compete in a live competition format and face off for the $190,000 prize purse. 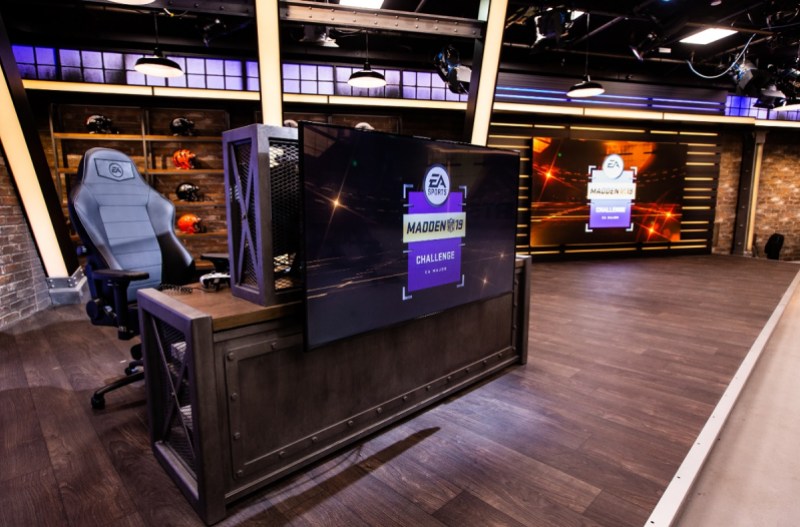 Above: Players can compete with each other while shoutcasters commentate.

Previously, EA would take the show on the road, spending a lot of money on event locations and event organizers to run competitions.

“We would set it up and tear it down, and hire a firm to do the production under our guidance,” Sitrin said. “That’s a model where you spend a lot of money but do not get an asset of lasting value. We thought there was a more efficient way of doing this with an asset like a production studio. What we are doing now is also becoming a media company.”

Having it on the EA campus will also bring cyberathletes to the EA campus and create a lot of excitement within the staff about esports.

Joe Lynch, head of broadcast at EA said in an interview that the studio has all the “toys” that broadcasters need to put on great shows.

“I’ve done this for 20 years and this is the coolest studio I’ve ever been in,” Lynch said in an interview. “We built it from scratch and it is ready for anything we can throw at it.”

Of course, you can’t broadcast an entire battle royale game within the studio, as games like Apex Legends have 60 players at the same time. The studio has room for an audience of about 50 people.