Electronic Arts (EA) has revised its plans for esports events related to its EA Sports FIFA 20 soccer game. The Fédération Internationale de Football Association (FIFA) hit 25 million players in the quarter ended March 31, and EA saw some increase from the pandemic. But the esports season for physical events has been disrupted, and EA is acknowledging that impact today.

EA and FIFA have announced an evolved and larger EA Sports FIFA 20 esports ecosystem, with new competitions and returning football league tournaments, as well as online tournaments to replace now-canceled physical events — such as the EA Sports 20 Global Series — including the FIFA eWorld Cup.

EA previously created the EA Sports FIFA Stay and Play Cup, which aired to millions in more than 100 countries, and saw unprecedented viewership across EA Sports FIFA content from last year, with 260% growth. 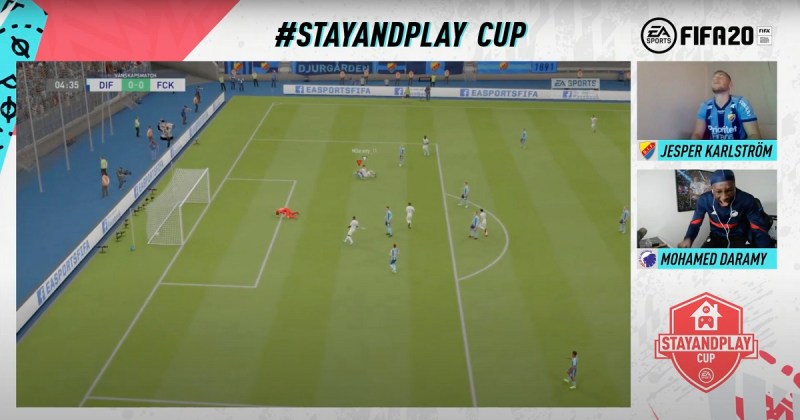 Brent Koning, EA Sports FIFA competitive gaming commissioner, said in a statement that fan engagement with competitive events over the past few months has gone way up. He said partnerships with the top football leagues have resulted in over 100 hours of TV broadcasts alone and that EA is now offering players and viewers more competitions to play and watch.

Koning added that replacing in-person tournaments was unavoidable, as the company has to prioritize player safety.

Many of the world’s top football leagues, including Bundesliga, LaLiga, Ligue 1, MLS, and more, are resuming EA Sports FIFA 20 esports events under revised formats. Fans can also tune into the UEFA eChampions League, which will transition to a special one-off online invitational event in mid-August.

Tournaments that will not proceed in the wake of current events include the EA Sports FIFA 20 FUT Champions Cup Stage VI, FIFA eNations Cup 2020, EA Sports FIFA 20 Global Series Playoffs, and the FIFA eWorld Cup 2020. These tournaments require global, in-person events and could not be executed online.