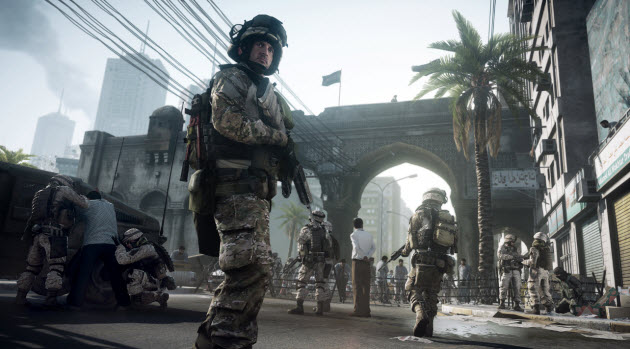 Electronic Arts is eager to prove it can beat Activision Blizzard in the first-person shooter business, which has become one of the most competitive markets in all of video games with a punishing schedule for game developers. Billions of dollars are at stake, and the winner will capture some of the most hardcore fans for any product in any market. 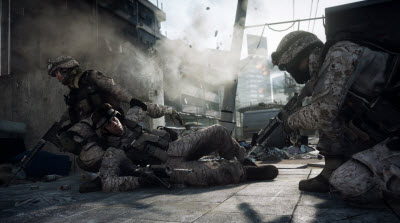 This fall, EA will launch Battlefield 3, its latest entry in the great feud between EA and Activision Blizzard’s Call of Duty series. As you can see from the images, the graphics are startlingly realistic. This means that EA has been busy, investing millions upon millions of dollars in better computer graphics and larger development staffs in an attempt to knock Call of Duty, the best-selling game of the holidays for the past couple of years running, off its throne.

EA released new images and video tonight, and it showed the game off to the press at the Game Developers Conference in San Francisco. When you look at the video below, you’ll have to agree that combat games are pushing the absolute edge in realistic graphics technology, whether you hate violent games or not. Good or bad, this is the state of the art.

You can tell that this competitive battle is a huge one just by looking at the frequency with which each company is now launching major games. Activision Blizzard is now launching a major Call of Duty game every November and it follows that up with a couple of multiplayer map pack launches in the subsequent months. EA launched its Medal of Honor game in October 2010, and it launched its Battlefield Bad Company 2 game in March, 2010. EA executives have been saying recently, when asked how the battle with Activision is going, “just wait until you see Battlefield 3.” 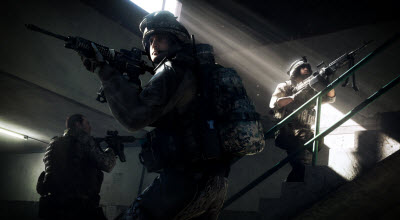 The new Battlefield game is set in Iraq, near the Iranian border, in the year 2014. As you can see from the trailer, U.S. Marines are engaged in pacification efforts in the middle of a city. The graphics are pretty darn stunning and are among the most realistic I’ve seen. You can look closely at the see-through smoke, the facial hair on the soldiers, the dancing flames, the sunlight coming through the windows, the shadows, the haze in the city. EA will slowly reveal trailer after trailer to tease gamers and get some froth going among the rabid fans.

The next installment of the Battlefield 3 video trailers will debut on March 16. Battlefield 3 will debut this fall and it’s very likely going to go head to head against a Call of Duty game. Check out the video below.