Electronic Arts’ DICE studio launched a single-player Battlefield V campaign trailer that underscores both the diversity of its War Stories and the storylines that will keep fans engaged in the game.

Battlefield V comes out on November 20, long after both Call of Duty: Black Ops 4 (October 12) and Red Dead Redemption 2 (October 26) land in the hands of fans. And if DICE has anything to tout this year, it’s the single-player campaign, as Activision and Treyarch chose to jettison the campaign in order to deliver the Blackout battle royale map for Black Ops 4’s launch.

I think the marketing strategy is still sound. Single-player campaigns don’t last long — maybe six hours to 12 hours — but they inspire the player to engage with multiplayer for a hundred hours. They provide the fantasy that the battles you are fighting are important, and that they could turn the tide of the war. The War Stories from Battlefield 1 were also emotional, moving, and tragic — pointing out the horrors of war in a way that multiplayer can never accomplish. 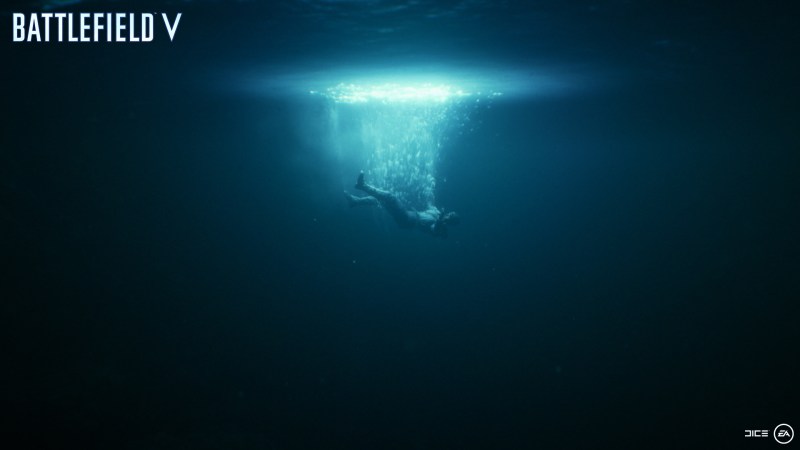 Above: Nordlys and the deep blue sea.

And so it’s no surprise that EA and DICE are touting War Stories. They’re also touting diversity, as the War Stories include female and black characters, who have largely been left out of the history books and the historical combat games as well.

The trailer shows stories based on the War Stories, which are multi-mission, hours-long experiences in the form of vignettes. Each one centers on a different character. Nordlys, set in Norway, focuses on a mother and a daughter. It is set in the location of a German heavy water plant in the Norwegian wilderness, where the Germans tried to make one of the key ingredients of an atomic bomb.

Another vignette, Under No Flag, shows a secret British command unit, dubbed the SBS, that relied on ornery troops and near criminals to get unconventional results.

The story of Tiralleur depicts the experience of black troops from the French empire that you didn’t read about in history books. It shows them relegated to filling sandbags rather than fight, until they’re needed.

Meanwhile, The Last Tiger depicts the German commander of a Tiger II tank. That suggests that DICE is willing to show the German soldier’s point of view of the war, which is a sharp contrast to other games that show the Nazis as inhuman villains.