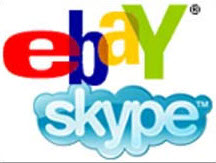 [Update: the investor group has since announced it would buy 65 percent of Skype for $1.9 billion, valuing Skype at $2.75 billion]

eBay is expected to announce a deal on Tuesday to sell its Skype web-calling division to a group that includes Netscape co-founder Marc Andreessen, the New York Times reported.

The report cited two anonymous sources that said the investor buyout group includes Andreessen Horowitz, the new firm launched by Andreessen and Ben Horowitz this summer. The rumors, as yet unconfirmed, say that Other investors include London’s Index Ventures and the private equity firm Silver Lake Partners and the Canada Pension Plan Investment Board. This echoes last week’s rumor that an investor group including Andreessen was interested in buying Skype.

Andreessen is on eBay’s board. eBay bought Skype in 2005 for $3.1 billion. It outbid Google and Yahoo in a deal that ultimately has been viewed as one of the worst tech transactions of the decade. eBay has written off $900 million of Skype’s value, and eBay’s new chief executive, John Donahoe, has said that Skype isn’t a good fit with eBay’s e-commerce business.

Earlier this year, eBay announced it would spin Skype out in an initial public offering in 2010. Skype’s founders, Niklas Zennstrom and Janus Friis, reportedly approached firms this year to make a bid. Google apparently walked away from a bid out of concern over litigation exposure, as well as the fact that owning Skype would alienate wireless carriers who are adopting Google’s Android cell phone software.