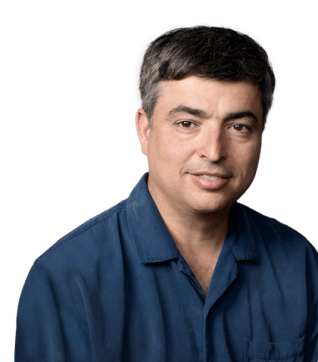 Cue will remain in charge of iTunes and iCloud, and he’ll be managing Apple’s iAds platform as well, taking the place of Andy Miller who left the company last month. He’ll be reporting directly to Cook and will serve on Apple’s executive management team.

It’s unclear what other changes the promotion will bring for Cue, who’s been with the company for 22 years. In an internal letter to employees announcing the change, Cook notes that Cue was instrumental in launching the Apple online store in 1998, the iTunes Music Store in 2004 and the iOS App Store in 2008.

“Apple is a company and culture unlike any other in the world and leaders like Eddy get that,” Cook wrote. “Apple is in their blood. Eddy and the entire executive management team are dedicated to making the best products in the world that delight our customers and make our employees incredibly proud of what they do.”

Cue has served as Steve Jobs’ go-to media guy throughout his career, and I would wager that his new role will make it easier for him to carve out important media deals in the future. He may also be able to give some fresh perspective on the company’s iAds platform, which hasn’t exactly been a success — it was recently reported that Apple has lowered its iAd prices and reduced restrictions to keep clients from jumping to rivals.