Edo has raised $12 million in funding for real-time analytics and insights for television commercials.

The money comes from Jim Breyer of Breyer Capital, who was one of the venture capitalists behind the funding of Facebook. That teams a VC star with a movie star, Edo cofounder Edward Norton.

The New York startup delivers insights into the effectiveness of TV ads in driving the types of consumer engagement most closely tied to purchase activity. By measuring each national linear TV ad airing’s granular impact on consumer intent and amassing a database of over 47 million precisely measured TV ad airings over the past 3.5 years, Edo offers marketers real-time clarity about their TV campaign’s creative and media performance. It also offers competitive intelligence.

The capital will enable Edo to scale up its national sales and analytical coverage, technical talent, and new product development, with a focus on building new datasets to reveal actual consumer intent across live and non-live TV ads.

Currently, EDO works with media and TV advertising companies, including ESPN, Turner, NBCUniversal, Warner Bros., Lionsgate, and Paramount. The idea is to give marketers the predictive confidence to make critical decisions about planning and optimizing their TV buys. It also gives ad sellers a syndicated set of engagement metrics, reporting tools, and APIs for advanced advertising platforms.

Edo got its start in 2015 after Norton met Daniel Nadler and invested in Nadler’s first company, Kensho Technologies, which Nadler had started while getting his doctorate at Harvard.

Building machine learning systems for the U.S. intelligence community and large financial institutions, Kensho attracted the six largest global banks as investors and clients before S&P Global purchased it earlier this year for over $700 million. 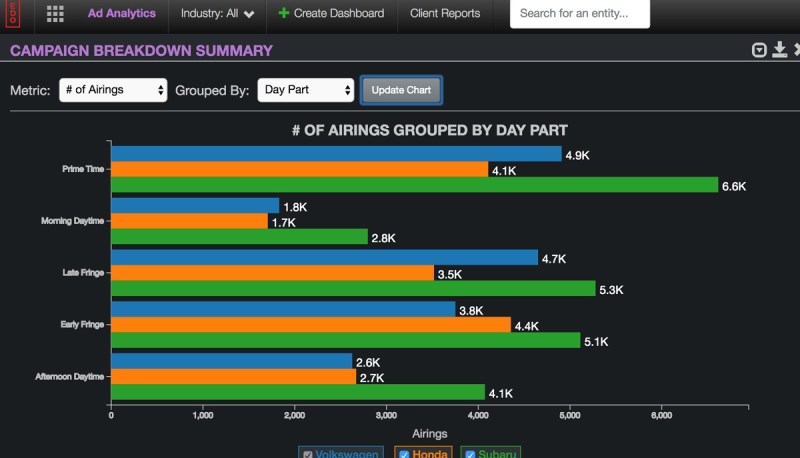 Meanwhile, Norton had founded and sold his own company, CrowdRise, in 2017 to GoFundMe, which is now the largest social fundraising platform.

Norton and Nadler are also both artists. Norton is a celebrated actor and filmmaker — having made films such as American History X and Birdman — and Nadler is an award-winning poet.

Norton convinced Nadler that there was an opportunity to apply advanced data science and machine learning in the media and advertising space to better measure advertising efficacy.

“Edo’s special capabilities as a company flow from our ability to leverage veteran media and advertising expertise alongside technology and data science talent that, quite frankly, traditional media and advertising measurement companies could never hire,” Norton said in a statement. “When you take a guy like Kevin Krim with two decades of experience navigating the dynamics of advertising pricing metrics across the NY media and Silicon Valley technology landscapes, and team him up with some of the smartest and most sought after engineers and data scientists of their generation, you can move very quickly beyond what the industry incumbents are offering.”

They recruited Kevin Krim, a former executive at CNBC, as CEO.

“There’s been innovative work done on digital advertising analytics by a number of terrific companies, but the open secret is that half of all brand advertising spend is on television, while TV measurement metrics are moribund and everyone is fed up,” Krim said, in a statement. “Our clients are hungry for high-grade actionable insights into how much engagement — true consumer intent — is being delivered for the dollars spent. Measuring how much ‘exposure’ is being delivered just doesn’t cut it anymore, and social and other weak proxies of engagement have not proven to have strong correlation to economic outcomes. Advertising buyers and sellers alike want a credible, rigorous, predictive signal that shows them how their ads and media inventory are driving toward results along the way — a real-time EKG for TV ads — and that’s what we’re giving them.”

“Jim was the first investor Edward and I wanted to engage when we started Edo,” Nadler said. “There’s nobody we’d rather have leading our financing at this stage. Not because of our past collaboration, but because he has a unique track record of successfully identifying companies disrupting legacy industries via application of advanced data analytics, among them Datalogix, Kensho, Legendary, and Brightcove.”

Breyer said in a statement that he is excited about Edo.

“For more than a decade, I’ve watched the data science talent arbitrage transform industries from finance to defense, from transportation to commerce,” Breyer said. “We needed someone to bring these capabilities to bear on the systemic inefficiencies and methodological shortcomings of measurement and analytics in media and advertising. Edo’s data is quickly becoming an essential part of the decision-making and pricing matrix.”

Other investors include Robert Smith and Brian Sheth, cofounders of Vista Equity.