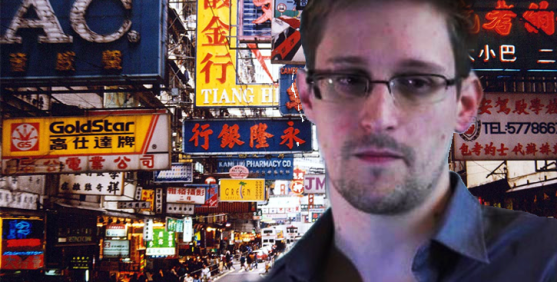 Right now PRISM whistleblower Edward Snowden is hiding out in a Hong Kong hotel, waiting to see how the U.S. will react to his massive leak of sensitive state secrets.

Why Hong Kong? According to Snowden, the semi-autonomous region of China has “a spirited commitment to free speech and the right of political dissent,” which he believes means that it will resist any extradition requests the US could eventually make.

While it’s a part of China, Hong Kong has its own bilateral extradition treaty with the US. This means that, while the region can honor extradition requests from the US, it doesn’t have to.

The problem, however, is that China itself reserves the right to veto any of Hong Kong’s extradition decisions, making it tough to say how Snowden’s situation will eventually play out.

As WikiLeaks pointed out on Twitter today, this means Snowden’s move is major risk. “Snowden is in a dangerous position. China was the first country to ban WikiLeaks (in 2007); without pressure expect arrest for US goodwill,” the organization said.

WikiLeaks, of course, is no stranger to the intricacies of the asylum system. Founder Julian Assange has been holed away in Ecuador’s London embassy since last June in an effort to avoid extradition to the US, where he could face charges over his involvement with leaked government cables.

China, however, isn’t Ecuador or London, and its political relationship with U.S. is often tenuous, and, unfortunately for Snowden, mostly unpredictable.

This, as TalkingPointsMemo’s Josh Marshall points out, means that Snowden could soon find himself at the center of a dicey political standoff. “If they don’t want a fight over this, Snowden’s toast. If they like the optics of it, I don’t think it matters what that extradition treaty says,” he writes.

Snowden doesn’t plan on staying in Hong Kong very long, however. As he noted in his interview with The Guardian, his hope is that he’ll be offered asylum in Iceland — something Marshall thinks is a longshot. “I can pretty much guarantee you that that’s not going to happen. A small country that wants to be close friends of the United States is not going to do that,” he writes.

WikiLeaks, agrees, and says Snowden needs to catch up on his news. “Snowden out of date on Iceland; new conservative government elected a month ago,” the organization tweeted, referring to the victories of center-right parties in the country’s recent parliamentary election.

Snowden, then, is in a tough situation. While Hong Kong may not be the safest place for him to take refuge, he probably stands a much better chance there than a lot of other places.