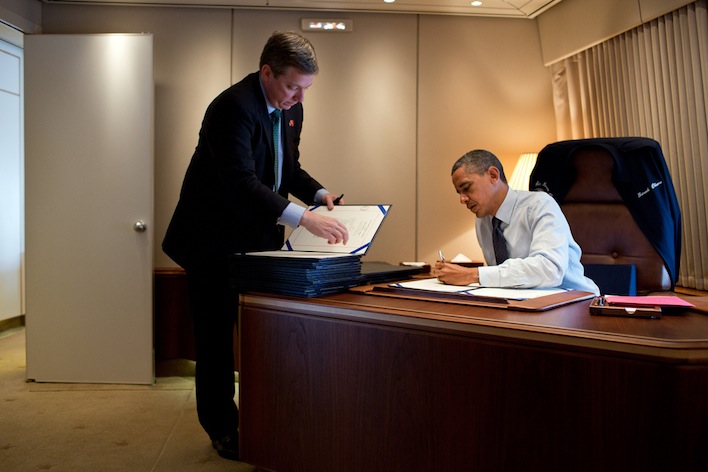 Privacy advocacy group the Electronic Frontier Foundation says that more top secret data-mining programs run by the NSA and FBI could be lurking in the shadows.

“This is outrageous. It requires further investigation to see who all is participating in this,” said EFF senior staff attorney Kurt Opsahl in an interview with VentureBeat.

The EFF, which has helped companies fight against these secret court orders that demand information on American citizens, is not surprised that such a program exists.

Earlier today, the Washington Post reportedly obtained a secret presentation to be shown to senior analysts in the NSA. The slide deck allegedly showed that the NSA and FBI have been running a data collection program since 2007, taking videos and photos from a number of companies. These include Microsoft, Google, Yahoo, Facebook, PalTalk, YouTube, Skype, AOL, and Apple. The project is called PRISM.

Yesterday, The Guardian reported about a separate and confirmed court order that demanded Verizon share information about its call logs, including phone numbers, duration of calls, when they took place, and more. The information was just the beginning of what has become a much bigger story about the government’s alleged collection of data from these big tech companies.

“We’ve been going after the government for years now with a lawsuit about the warrantless wiretapping. … A lot of what we’re seeing with yesterday and today is basically confirmation of the things that we’ve been suing about for ages,” said Opsahl. “The question is, are there other programs that are like PRISM that are trying to get this data.”

Many of these companies, Opsahl notes, wouldn’t be able to talk about the program simply because of gag orders. These orders are just as they seem; these force a company to remain mute about the request itself, let alone the data collection that goes on afterward.

“They often come accompanied with a gag order,” said Opsahl. “This is one of the reasons that makes these things unconstitutional.”

The EFF doesn’t seem to think that there are many other companies currently involved in the PRISM program specifically, given that the slide deck is dated April 2013. But Opsahl wouldn’t be surprised if other programs existed. He’s more surprised that the evidence is pouring out now.

Earlier today, the White House justified the Verizon court order, saying that the information collected there has helped protect Americans from terrorist activity.

Because the Verizon court order and others are issued under the Patriot Act, its author, Rep. James Sensenbrenner (R-Wis.) also spoke up. However, he had no words of justification. Instead he said these court orders were an abuse of his Act and asked the government to “sunset” the order pertaining to Verizon immediately. (Though we don’t know if he’s truly concerned about the privacy of citizens or is trying to make political points at the opposition’s expense.)

“It speaks volumes to have that author of the Patriot Act says this is overbroad,” said Opsahl. “He’s saying what everybody thought at the time about the Patriot Act.”

The EFF is not sure what kind of action it will take just yet, as the news is still too fresh. But stay tuned; we’re sure this and other groups will have plenty to say about the matter in the hours and days to come.