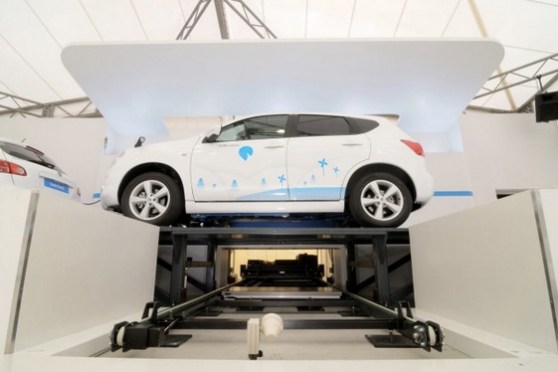 Better Place is the electric car company that hoped to change the world with its ambitious battery-swapping stations. But today it said it’s shutting down. The closure brings to an end arguably the most audacious “clean tech” company ever attempted.

The news was reported this morning by the Associated Press.

Entrepreneur Shai Agassi launched the company six years ago, with the goal of creating a system of stations where electric cars could automatically drop off used batteries and switch in new ones before resuming their journey.

The bet was risky because it required large geographies — indeed, entire nations — to adopt the technology in order for it to scale successfully. The company chose small countries like Israel and Denmark to test its model, but the company’s upfront costs kept mounting, and it kept delaying debuts. Also, a number of competing electric car efforts, including the venture by new company Tesla but also by the Big 3 and other manufacturers, kept the industry from adopting any one standard.

Skeptics had long wondered about the viability of the company, considering the limited range of its electric batteries and the large upfront costs required to build out its infrastructure. Clouds started gathering late last year, when Aggasi was forced out. Then, earlier this year, the company closed its Palo Alto, Calif. headquarters to focus on Israel and Denmark.

In part, financiers were willing to bet on the company because of Agassi’s charisma and track record. Agassi had founded TopTier, a leading enterprise portal vendor, when he was 25 and then sold the company for $400 million to large enterprise company SAP in 2001. At SAP, Agassi quickly rose through the ranks, and was widely considered to be the CEO-in-waiting. However, in 2007, when the existing CEO’s contract was extended, Agassi left to found Better Place. His stated goal was to reduce the world’s dependency on oil.

Better Place became one of Israel’s showcase companies, the leading example for the country’s claim to be the world’s “startup nation.” Agassi received high-profile support from Israeli president Shimon Peres.

However, fewer than 1,000 of the project cars made it on to the road in Israel’s experiment.