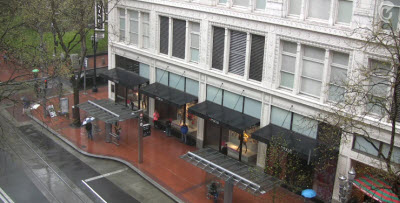 Watching live video on the Internet remains a hit-or-miss experience, with buffer delays and stream glitches ruining the show. Elemental Technologies is launching a hardware system today that makes it much simpler and cheaper to broadcast  high-quality live video streams over the Internet.

The new Elemental Live video servers take advantage of a combination of microprocessors and graphics chips in a server to deliver high-quality live video streams. The solution could solve a lot of problems and slash costs for everyone from the smallest of video broadcasters to big corporations that could use scores of the $36,000 boxes.

Elemental’s focus on hardware make it different from video-hosting services like Brightcove, which recently raised $12 million on its way to a possible public stock offering. Such services could in theory be customers for Elemental’s products, though it’s generally targeting smaller publishers who prefer to host their own video.
Sam Blackman, chief executive of Elemental, said that the Elemental Live box can process four live high-definition video streams (at 1080p resolution) at the same time, or as many as eight 720p video streams at once. It thus delivers four times as much live video at half the price of other solutions that rely on microprocessors alone. The image above shows the level of quality you can get with a 1080p live video stream.

Portland, Ore.-based Elemental writes software that harnesses the massively parallel processing capabilities of off-the-shelf graphics chips from Nvidia. For the past few years, Nvidia has been including non-graphics processing technology in its graphics chips under the name CUDA. Elemental exploits that technology, allowing it to process video by using a combination of graphics and microprocessor computation, instead of just microprocessors alone. The Elemental Live servers tap Nvidia’s latest Fermi graphics chips, which have 480 parallel processors.

The Elemental Live servers can do “adaptive bit-rate streaming.” That means that when it is broadcasting a video stream to the Internet, it sends out a bunch of redundant streams. If the viewing party, such as a consumer watching a live basketball game video feed, has a connection problem with one video stream, Elemental will switch to a different stream to make sure that the video arrives at the consumer’s computer without a hiccup. In doing so, it will lower the quality of the video slightly to ensure that you receive continuous video. Only a graphics chip with multiple processors can handle that kind of multiple stream processing, Blackman said.

Video is becoming the dominant application that rides on the backbones of the Internet. Cisco estimates that video traffic will be 90 percent of all Internet traffic by 2012. That’s only going to intensify as most computers, TVs and cell phones get connected to the Web. To take a recent example, at the Winter Olympics in Vancouver, Akamai Technologies, a content-delivery network, reported that it was transferring 374 gigabits per second of live video for more than 30 concurrent events. NBC served an estimated 45 million video streams — and still generated lots of complaints.

Elemental was formed in August 2006 by a team of former engineers at chip maker Pixelworks in Oregon. It has raised $7.1 million to date in funding from Nvidia, Voyager Capital, General Catalyst Partners and angels. The company previously created video encoding products such as Elemental Server, used for post-production video work, and Badaboom Media Converter, a software program for consumers to transcode video from one form to another so that video will play on devices such as iPods.

Blackman said the company has five patents pending. Rivals include Digital Rapids and Spinnaker. Elemental has 28 employees. The company is not profitable yet but expects to be profitable next year, Blackman said. Right now, the company does not expect to raise money.

About nine customers are testing the technology now. One of them is News-Press & Gazette Broadcasting, a media company in St. Joseph, Mo. Jim DeChant, director of technical operations there, said that the Elemental Live technology shows it can deliver a lot of high-quality adaptive video streams at low cost.

The Elemental Live systems will be available in May. The company is showing off the Elemental Live technology  at the National Association of Broadcasters conference in Las Vegas, which runs from April 12 to 15.