During the course of the development of the three-part series, Fable Studio took a new approach to Lucy, the girl who is the main character of the VR series. The team decided to pivot from making virtual reality experiences to focusing on “virtual beings,” or lifelike characters who feel like they’re emotionally connected to you and have artificial intelligence.

Now the main character, an eight-year-old girl named Lucy, is much more akin to a virtual companion than just a character in a narrative. And that reflects how Fable is going after the intersection of creativity and AI — something that it will talk about at the second Virtual Beings Summit in Los Angeles on November 19. (See our story on the first Virtual Beings Summit here).

Fable made its pivot as VR itself went through big transitions. The industry moved from the overhyped darling industry of 2016 to one that is struggling to find consumer sales and a real footing in the entertainment pantheon. Facebook itself created the Oculus Story Studio in the early days of the VR revival, and under the direction of Edward Saatchi, it created Henry, which won an Emmy award for VR animated short.

The studio moved on to Wolves in the Walls, based on a short story by Neil Gaiman, creator of comics and books such as The Sandman, Coraline, and American Gods. But with that work on the first episode more than half done, Facebook closed the Oculus Story Studio in May 2019. 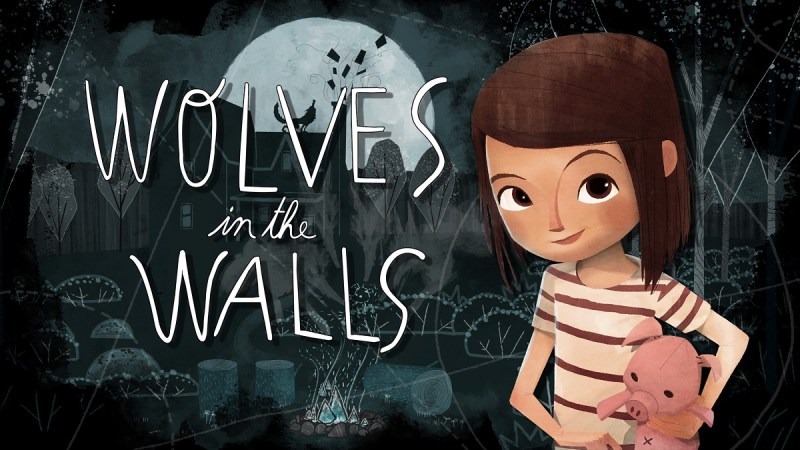 “The Emmy represented a celebration for all the people who had worked on this,” Yaffa Shamash said, in an interview. “It was a long generation. So many different people. A beautiful celebration of amazing minds and artists. And it was encouraging about the future work we are doing.”

Billington said, “The fact that graphically we can do real-time ray tracing would have blown the minds of the people I worked with at Silicon Graphics (back in the 1995). Graphics is a part of it. But it’s not necessarily the hardest problem to solve.”

A changing mission for the character 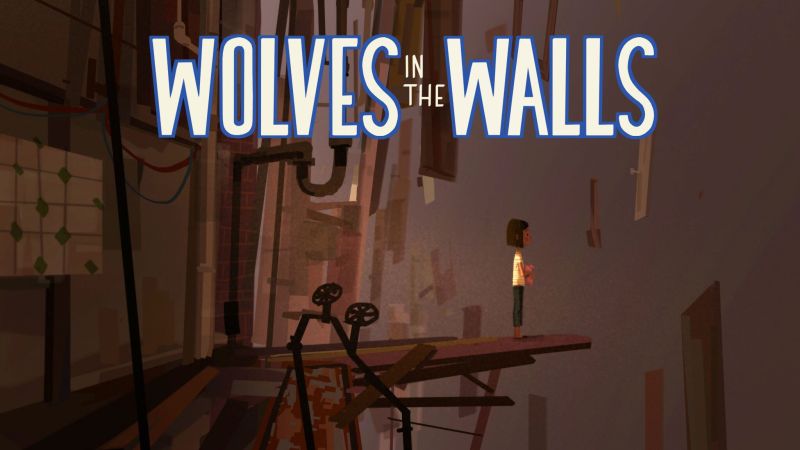 And now the third chapter completes the series, and in this part, Lucy should feel much more aware of the relationship with the player, said Pete Billington, in an interview.

Over time, Lucy evolved and became more lifelike, and every time Fable saw feedback and experienced the audience’s “moment of delight,” the creators went back and “doubled down on that,” he said.

“From a technological standpoint, we have had a year to observe how the audience reacts to this type of work,” Billington said. “We’ve learned a lot from that. There are moments that are really rewarding to watch the audience interact with a story in this way. And we started to build in a lot of systems into Lucy that we loosely categorize as awareness systems. As we started to understand the audience was really paying attention to this part, we wanted ways to dial the narrative, speed it up or slow it down.”

When there was a quiet moment in the VR world, when Lucy wasn’t saying anything and there was just body language and eye contact and intimacy, that was something special that helped create an emotional connect, Billington said.

He added, “We were always striving to make Lucy feel very natural, and not like a video game character. We build awareness with things like curiosity meters that gauge how active the audience is. Where you are looking, if you are about to reach for something, so Lucy doesn’t just wait indefinitely for you. We’re kind of trying to constantly measure the intention of the audience. And this is getting closer and closer to what our ultimate ambition was, which was to build an actress, someone who can improvise on the fly. And then the last piece that we were able to pay off finally in chapter three is this idea of memory, and callback, which is, again, something that we were very envious of from improvisation techniques, where you plant a seed early and call it back and reference something the audience created.”

“With the completion of Chapter Three, we are really excited,” said Yaffa Shamash. “It’s almost like our journey. We worked on this for four years and saw this whole experience realized with Lucy. For us as creators, to have it out there in the world and to enable audiences to have this relationship with Lucy. Having awareness of the audience.”

Giving memory to a virtual being 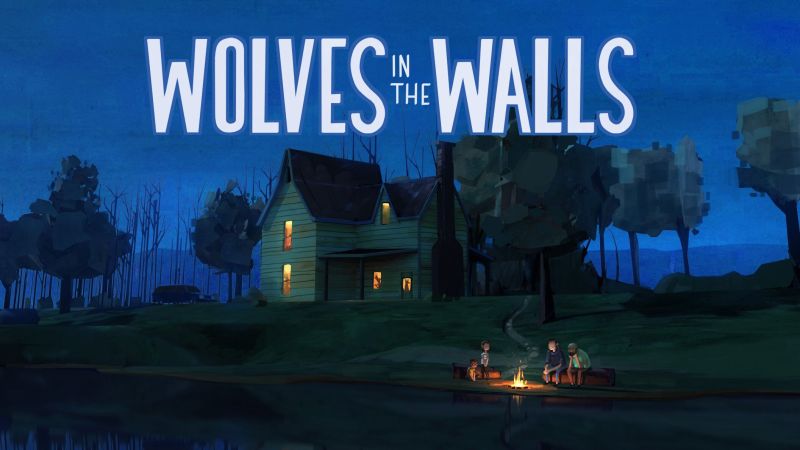 Above: The third chapter of Wolves in the Walls

At the close of the third chapter, the story ends. (spoiler alert) The family realizes the mistake of failing to believe Lucy about the wolves. In the third episode, they have lost their house. They rally outside the home at a campfire and reminisce about the home and their lost Nana.

And that’s where the idea of memory for the virtual character comes in. Lucy remembers you, the player, and the things that happened as you interacted in the story. That’s one of the key characteristics of a virtual being, Billington said, as the memory of what the player did brings the character closer to you. The choices and actions you take in chapters one and two influence Lucy’s understanding of who you are.

One of the themes of the story is that things don’t seem as scary when you face them head-on, Billington said. Lucy finds her strength from within, through her family, and in her memories. Lucy remembers what you did, and this is a way to form a stronger bond between you and Lucy.

“They are banished from the home, and they’re remembering the best parts of the house that they will never have again,” Billington said. “That’s where the idea of memory starts to come in.” 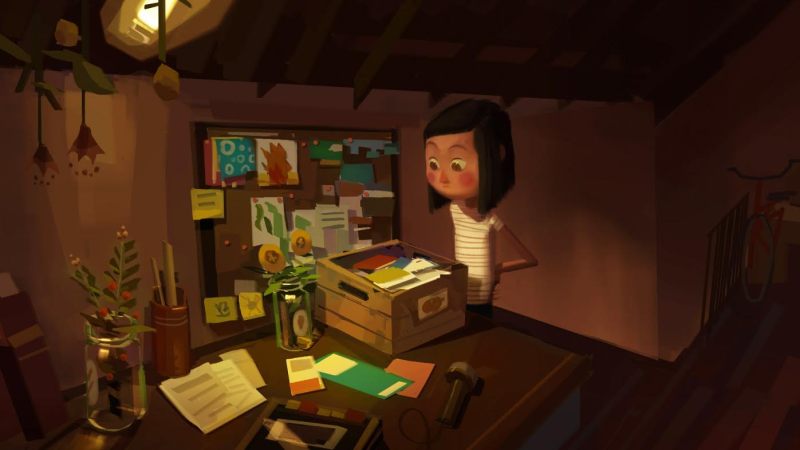 At the close of the third chapter, Lucy looks at the player and asks if the player still wants to be her friend. And that gives rise to the possibility of an ongoing story. Now Fable is working on Whispers in the Night, which stars Lucy, the same digital character. And that character is going to be even more lifelike by the time that experience ships.

The third chapter is also likely going to be the end for now of Fable’s focus on VR. The next experiences will come out on other platforms, with more reach. Whispers in the Night is expected to debut in 2020.

“We are working on ways to figure out how to bring Lucy outside of VR to multiple platforms and weave her into our daily life more,” Billington said.

In an interview, Saatchi said it is interesting to see Lucy interact with her family. If you extracted her and put her into something like an Amazon Alexa device, then she would be stripped of some of the interpersonal relationships and would have to depend upon you for all interaction.

“These beings should have their own lives, their friends, relatives, like the feeling we get when we are watching The Simpsons,” Saatchi said. “The cool thing with memory is that the relationship with Lucy continues, and there is more to come with Whispers in the Night.”