Empire Avenue is broadly opening the beta test of its stock market that measures a seemingly ethereal quality: your social influence.

The Edmonton, Canada-based startup has about 10,000 users in its limited beta test and will now open the beta up to everyone who wants to join the world’s first fantasy stock market that measures your social influence. The more active and influential you are, the higher your stock price goes.

You can buy and sell your friends, all the while trying to be a good judge of their value, which is calculated by a complex equation that has to do with how popular you are, how often you Tweet, how many friends you have on Facebook, and other measures of your social activity. 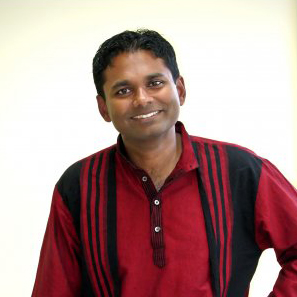 It’s the brain child of Duleepa Wijayawardhana, chief executive of Empire Avenue, who asked the question, “What’s my influence worth?” Already, the stock market has taken off in places like Chile, where a single blogger recommended the service and an avalanche of Chileans decided to join.

Now you can find out. I created a beta account back in February when Empire Avenue announced the market. As you can see above, I have seven shareholders and one “people analyst” recommended that you buy my stock. My share price is 17.31, and my portfolio value of the nine people I’ve bought shares in is 289.222. It’s a humble beginning, but it feels like I’m in on the ground floor of an initial public offering. You can actually profit in a variety of ways. You may see more traffic to your social sites such as your blog or Facebook page. You can earn virtual currency based on your social influence and then use that to establish more social connections. The more your “influence score” rises, the more currency points you earn for your shareholders, who can then recommend you to others.

Engagement is high, with 50 percent of the users logging in every couple of days. Some 15 or so bloggers are writing about the people they encounter on Empire Avenue. These analysts are much like stock analysts; they try to figure out if you are worth following and if your stock price will rise.

The good thing about the site is that you can log in once a week or so without penalty for not doing it more frequently. You don’t have to invest your time in the site because it measures your influence on the other social networks. The company was founded in October, 2009. The founders came from BioWare, the game-development company that is owned by Electronic Arts.

In the coming months, the company will unveil more initiatives to connect consumers and influencers with relevant brands. In that sense, Empire Avenue will become an advertising platform, allowing users to promote brands that they trust. Over time, the Avenue Rewards platform will let users redeem their virtual currency for discounts from the businesses that are relevant to them.