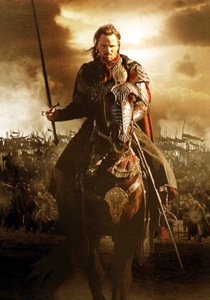 People enjoy epic films. The action, the suspense, the pageantry — it’s larger-than-life and entertaining. Most people would also agree that they tend to go on for far too long. That has been the general consensus about the tech world’s latest epic narrative, the Microsoft takeover of Yahoo. But fear not, signs point to an end very soon.

Microsoft and Yahoo are talking once again today, according to The New York Times which cites a person involved in the discussions. Microsoft is said to have increased its offer “by several dollars,” presumably even more than the $32 to $33-a-share range Microsoft had indicated it would go to just a few days ago. Yahoo was said to be holding out for a number in the higher $30s. As we expected, with the two sides being so close, it looks like each may be willing to budge a bit to make the deal happen.

Yahoo’s stock is rallying on the news. It started the day in the $27-a-share range, and has now surpassed the $29-a-share mark in after-hours trading, a gain of over eight percent.

While it is unlikely the two sides would reach an agreement today, it could happen as soon as Monday — if it’s going to happen at all. And that is still thought to be a big “if”. This should be the absolute last chance the two sides have to come together in some sort of amicable way, otherwise, Microsoft walks or goes hostile — neither of which are good options at this point for Yahoo.

So, sit back, relax, and watch the final scenes play out. The credits should roll soon — unless of course the fade-to-black is used a liberally as it was in the final Lord of the Rings film. In which case, we may be here a while yet.