Last year, I wrote about the massive 10-year growth trend in venture capital dollars flowing into technology companies that serve the energy and industrial verticals. In fact, venture funding for startups addressing these verticals grew 30% per year from $750 million in 2010 to more than $6 billion in 2018. Note: All of the figures in this story are based on data pulled from Pitchbook.

After the surge in 2018, the 2019 numbers reveal a shift towards fewer early-stage investments and higher valuations – indicating that VCs are growing more selective in their investment decisions but rewarding industry winners. However, the 2019 figures also show a surprising retreat in overall funding dollars and deal volume. 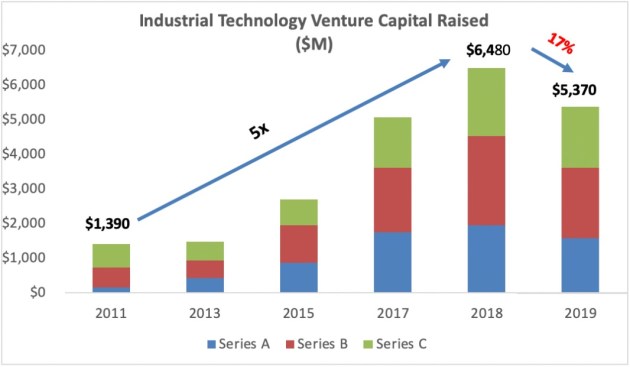 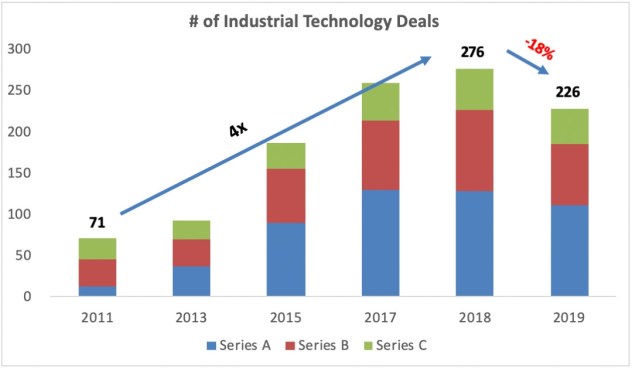 The dip doesn’t reflect a shrink in opportunity. There are now more than 300 industrial-focused companies in the Fortune 1,000. The median revenue for businesses in this sector is greater than $5 billion, resulting in more than $10 trillion in market capitalization. The scale of these economy-anchoring industries provides ample opportunity for startups to deliver value.

Funding is still nearly 25% above the trailing five-year average, but capital investment declined 18% year over year in 2019. More than $5 billion was funneled into Series A, B, and C rounds for startups in the industrial, engineering and construction, power, energy, mining and materials, and mobility segments. And while this early stage investment figure is notable compared to previous benchmarks, it is still less than 0.25% of the industry’s revenue.

The number of deals in the space shows a similarly strong growth trajectory, but there are some interesting trends beginning to emerge. For instance, the capital deployed to the industrial technology market is growing at a faster clip than the number of deals, with the average deal size up by 45% in the last eight years, from $18 to $26 million.

Trends by stage of financing 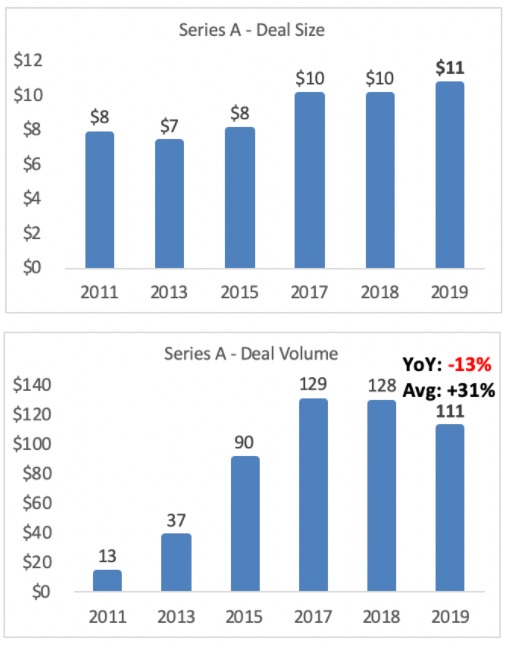 Median Series A deal size in 2019 was $11 million, representing a slight year-over-year increase. And while deal volume is still well above historical averages, the sector saw a 13% drop from 2017-2018 highs. 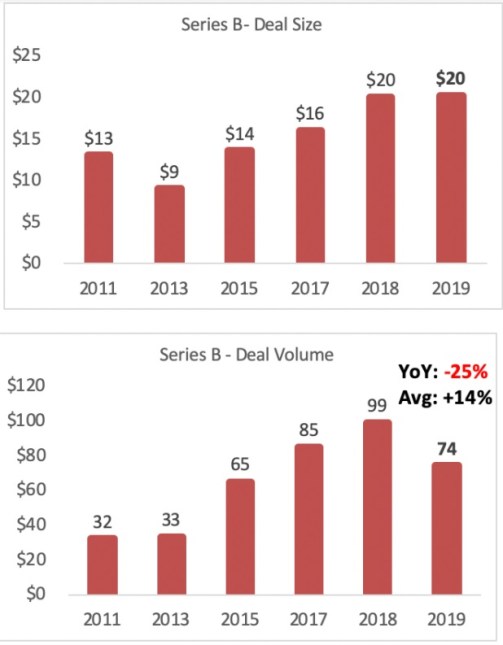 Looking into slightly later stage investments, median Series B deal size in 2019 was $20 million, holding steady from 2018. But perhaps the most interesting data point is the 25% decline in deal volume year-over-year. With this decline, deal volumes dropped to 2016 levels. 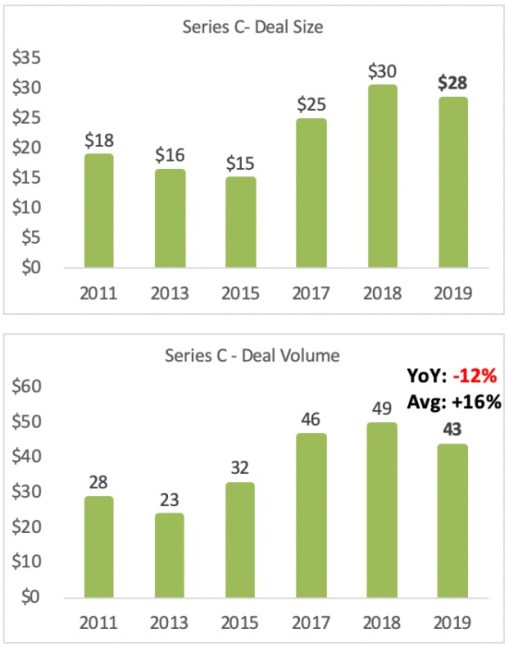 Lastly, median Series C deal size in 2019 was $28 million, close to the average over the past three years but slightly down from 2018 figures. And while Series C deal volume dropped in 2019, the volume remains about 15% above the 10-year average.

Reviewing the data holistically reveals that deal volume dropped across all early-stage series, with the biggest decline in Series B-stage companies. Average deal sizes held at or near the high benchmarks of 2018, demonstrating that investors and companies alike are aligned to the capital needs at each stage of growth.

Valuations on the rise 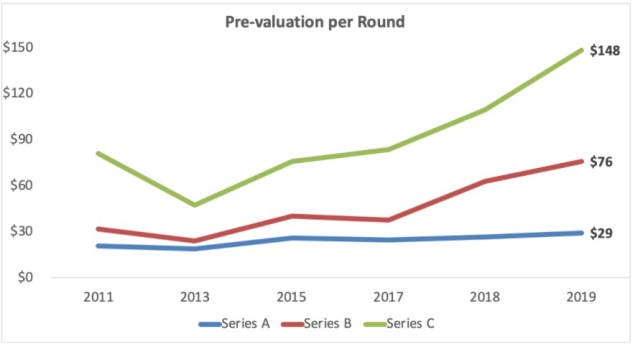 Valuations for these industrial technology companies continue to inch higher. In fact, the valuations for each series increased year-over-year and are now at all-time highs.

John Tough is Managing Partner at Energize Ventures, an early-stage VC firm based in Chicago.