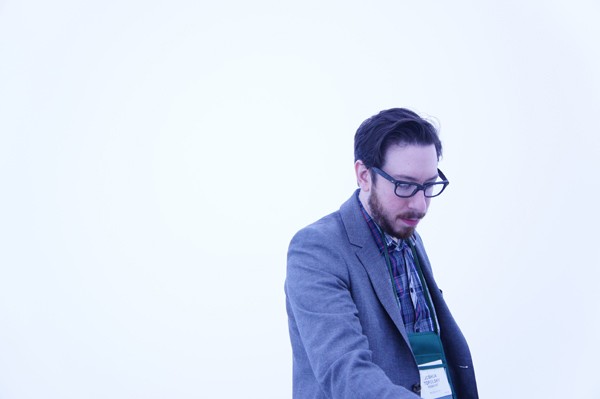 The top two editors of the huge gadget site Engadget are leaving AOL.

Both Josh Topolsky (pictured), editor-in-chief of Engadget, and Nilay Patel, managing editor, are resigning, AllThingsD reported. Topolsky confirmed the news with his own goodbye note, entitled, “Hello, I must be going.” The departures occur in the wake of this week’s layoff of 900 AOL employees, including a number of top journalists. The Engadget resignations could hurt, since the site gets more than 14 million unique visitors a month.

“I’m not leaving the industry or the news game–in fact, I’ve got a few fantasy projects in mind that hopefully you’ll be hearing about soon,” Topolsky said.

AllThingsD said that the departures were a long time coming and are related to a number of problems in working for a big New York-based company. But the sources told AllThingsD that the moves were not precipitated by AOL’s $315 million purchase of the Huffington Post, noting that new content chief Arianna Huffington tried to persuade Topolsky to stay.

Two other top Engadget editors, Paul Miller and Ross Miller, both quit the tech site recently. They said they did not like the editorial imperative embodied in the strategy document, The AOL Way, which critics said put traffic concerns above journalistic standards.

Topolsky said he had been at the site nearly four years but wanted new challenges.

“I didn’t make this decision lightly. The time I’ve spent here has been — without question — the most amazing, rewarding, and just insanely fun period of my life,” Topolsky wrote.