But as over-the-top services like Netflix became popular, it became obvious that what people wanted to watch in hotel rooms was changing. About three years ago, the company rolled out new services geared toward people’s changing expectations.

“We realized the most important content is what the guests can carry with them into the hotel room,” Ogle said in an interview with VentureBeat at CES 2017, the big tech trade show in Las Vegas last week. 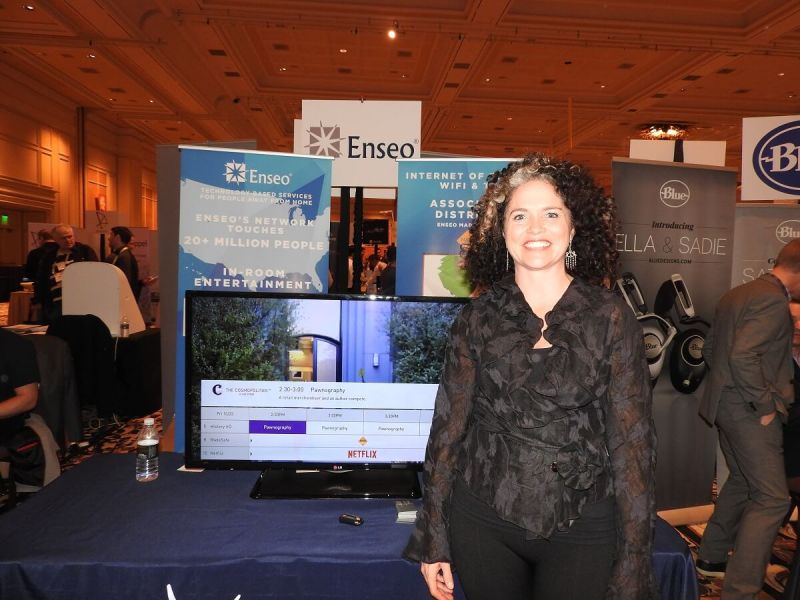 “We know that Netflix and the OTT services are always in the top three most-watched channels at any time on any day,” Ogle said.

More than 20 million people have used Netflix on Enseo, and the services are growing every month. Hotels hire Enseo to install entertainment boxes, and then they renew their contracts for multiple years at a time. One of Enseo’s big new hotels is the Cosmopolitan in Las Vegas.

“Now we have millions of hours on the system every single month,” Ogle said. “It’s like we’re an overnight success 17 years later.”

Ogle hasn’t raised any money in all those years. But the growth is happening so fast that she is considering raising a round of funding.

“The business is growing so much right now that it’s a great time to consider it,” Ogle said.