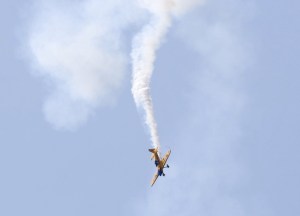 The U.S. Air Force is shutting down its next-generation, billion-dollar logistics management system after it proved to be of “negligible value” in favor of its existing planning and logistics software systems.

The project has been under development since 2005. The hope was that it would save billions of dollars by streamlining supply chain management. Instead, the implementation was consistently stalled, and goals went unmet.

“These are extremely complicated projects,” said Ray Wang, the principal and a cofounder of Constellation Research, a research firm focused on enterprise software. Wang explained that any enterprise resource planning (ERP) system has three layers: the vendor, the system integrator, and the client.

Reports have revealed that Oracle won the contract in 2005 over competing vendors like SAP. Sources tell me that Computer Sciences Corporation was the system integrator. IBM has not yet responded with a comment or confirmation.

“Everybody blames each other, and nobody takes credit,” said Wang. He told me that projects like these can goes wrong on all levels: Vendors promise more than they can deliver, system integraters aren’t always cooperative, and clients don’t document as thoroughly as they should.

“When that happens, deadlines get extended and it snowballs into a major catastrophe,” said Wang.

The internal discord became apparent when the project lead was fired in March. The next month, Air Force controller Jamie Morin told a Senate Armed Services subcommittee that he was “personally appalled” by how little the Air Force had gotten for its investment. In a subsequent interview, he described the system’s capability as “negligible.”

The story, originally reported in Defense World, confirmed that the project, called “the Expenditary Combat Support System” was “no longer a viable option.” Air Force officials are confident that it would not meet its 2017 auditory goal.

“Therefore, we are canceling the program and moving forward with other options,” said Air Force spokesperson, Ed Gulick. Gulick told Defense World that the cancellation will cost up to 115 contract employees their jobs and require the “realignment” of 55 military personnel and government-civilian employees. If it had continued, he estimated that the program would have cost an estimated $1.1 billion for about one-quarter of the original scope, with its completion delayed until 2020.