DeepSee.ai, an enterprise workflow automation platform, today announced that it closed a $22.6 million series A round led by ForgePoint Capital. The company plans to use the funds to support R&D and the expansion of its product beyond the verticals DeepSee currently targets, chiefly capital markets and insurance.

When McKinsey surveyed 1,500 executives across industries and regions in 2018, 66% said addressing skills gaps related to automation and digitization was a “top 10” priority. Salesforce’s recent Trends in Workflow Automation report found that 95% of IT leaders are prioritizing automation and 70% of execs are seeing the equivalent of over 4 hours saved each week per employee. Moreover, according to market research firm Fact.MR, the adoption of business workflow automation at scale could create a market opportunity of over $1.6 billion between 2017 and 2026. 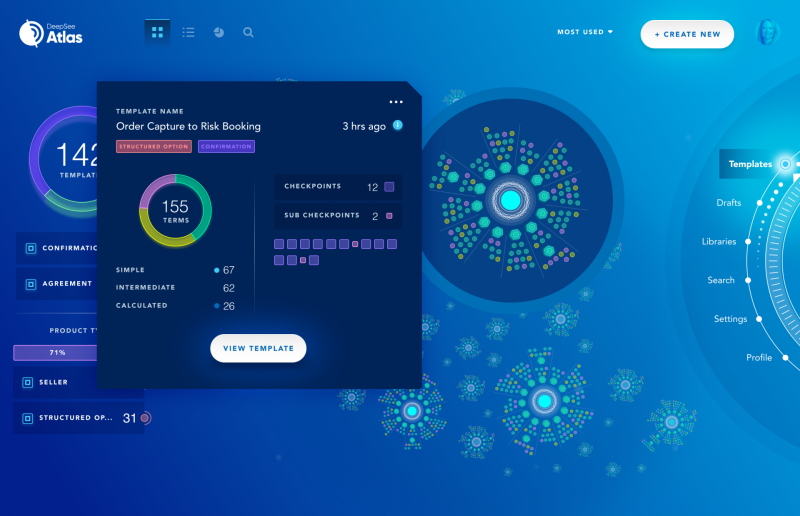 DeepSee customers first specify the data, documents, and specific types of classification they’d like to perform. Then, they select from prepackaged machine learning models, bring their own models, or opt for one of several open source options. Lastly, they choose their desired outcomes via a custom workflow, API, or robotic process automation.

In an interview with VentureBeat, CEO Steve Shillingford pointed to studies like that by Unit 4, which found that office workers spend 69 days a year on administrative tasks — costing companies $5 trillion a year. In the same Unit 4 study, 67% of respondents said implementing digital or software solutions would be important to remain competitive.

“Today’s AI market is very fragmented — several point providers for single-purpose applications. From our vantage, we are seeing a mass consolidation that’s happening in the AI space,” Shillingford told VentureBeat via email. “Enterprises are struggling to stitch point solutions together to drive desired AI initiatives to eliminate the friction to deploy, maintain, and adopt innovation inside the business. And our sweet spot is mining unstructured data, operationalizing AI-powered insights, and automating results into real-time action for the enterprise.”

DeepSee claims it can also mine for insights that reveal how data is impacting a particular business. The company’s crawler technology can browse internal repositories and third-party sources including media, press releases, and business publications to perform attribute clustering, outliers, anomalies, and aggregation of trends, spotlighting insights for analysis.

“What’s really hard and likely existing in every enterprise is the tension between the folks building and tuning models and the folks expected to run the day-to-day operations. We were surprised at the challenges — challenges even the data scientists had inside the enterprise — at getting enough data to train models to become useful,” Shillingford continued. “In only the way a startup could, we managed to find innovation in that constraint and developed a tool for training across small sparse data sets with the same efficacy as if the model was trained on millions of documents. To that end, we think we’ve stumbled on a solution to one of the biggest problems gating really AI-productivity: How to apply NLP to processes where ‘big data’ isn’t available.”

Eighteen-employee DeepSee has a number of competitors in a global intelligent process automation market that’s estimated to be worth $15.8 billion by 2025, according to KBV Research. Automation Anywhere and UiPath last secured hundreds of millions of dollars in investments at multibillion-dollar valuations. Within a span of months, Blue Prism raised over $120 million, Kryon $40 million, and FortressIQ $30 million. Tech giants have also made forays into the field, including Microsoft, which acquired RPA startup Softomotive, and IBM, which purchased WDG Automation. That’s not counting newer startups like WorkFusion, Indico, Tray.io, Tonkean, AirSlate, Workato, Camunda, and Automation Hero.

But Shillingford says that DeepSee has been working closely with one of the largest banks in the world to develop and bring its tech into production. “Fortunately, but totally by coincidence, they were hurt significantly when the pandemic forced them to shut down several offices. This accelerated the rollout of the DeepSee platform, and thanks to our team, we were able to support the massive increase in volume while they adjusted to decrease in productivity,” Shillingford said. “The rollout was so successful, they were able to take market share from others during what was one of the most chaotic markets seen in recent memory.”