The Entertainment Software Association, the game industry’s lobbying group and the creator of the big E3 trade show, has named Stanley Pierre-Louis as its new president and CEO.

Pierre-Louis stepped up last fall as the acting CEO after the departure of longtime CEO Mike Gallagher. Now he has been named as the permanent CEO of the body, which represents the $43.4 billion U.S. video game industry.

The ESA made the announcement at a time when more than 164 million adults in the United States play video games, and three-quarters of all Americans have at least one video game player in their household. Pierre-Louis spoke at our recent GamesBeat Summit 2019 event in April in a fireside chat with Keisha Howard on screen time and video game addiction.

The ESA said it sought an executive with deep experience in entertainment, law, and policy to lead the industry into its next chapter. Pierre-Louis joined the ESA as its General Counsel in May 2015.

Following law school, he clerked for Judge David A. Nelson of the U.S. Court of Appeals for the Sixth Circuit. Pierre-Louis served previously on several boards, including on the University of Chicago’s Alumni Board of Governors, the law school’s Visiting Committee, the Washington Area Lawyers for the Arts, and Lincoln Center Education, the educational arm of the Lincoln Center for the Performing Arts. 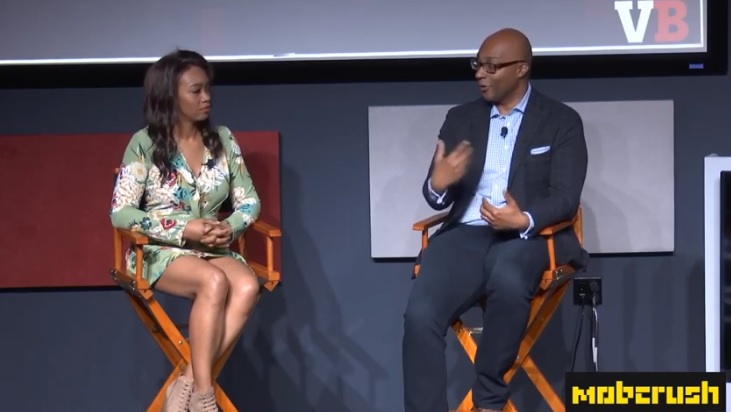 “Stan’s strategic vision, years of entertainment industry experience, and policy expertise make him the ideal choice to lead our industry through this period of growth and opportunity,” said Robert Altman, chairman of the ESA board, and Chairman and CEO of ZeniMax Media, parent company of game publisher, Bethesda Softworks, in a statement. “The Board and the industry look forward to his leadership of the ESA.”

Prior to the ESA, Pierre-Louis served as Senior Vice President and Associate General Counsel for Intellectual Property (IP) at Viacom Inc., where he was responsible for managing major IP litigation, developing strategies for protecting digital content and leading other IP-related legal initiatives for brands including Nickelodeon, MTV, Paramount Pictures, and more than 130 other networks worldwide.

He previously served as co-chair of the Entertainment and Media Law Group at Kaye Scholer LLP in New York City as well as Senior Vice President for Legal Affairs at the Recording Industry Association of America in Washington, DC.

“I look forward to leading the ESA and advocating for the industry with a strong voice and clear vision,” said Pierre-Louis, in a statement. “The future of our industry is bright and limitless. Video games are a part of the fabric of American culture and a cornerstone of entertainment.”

The ESA said the U.S. video game industry is one of the nation’s fastest-growing economic sectors and provides more than 220,000 jobs in all 50 states, and more than 520 colleges and universities in 46 states offer programs or degrees related to video games.