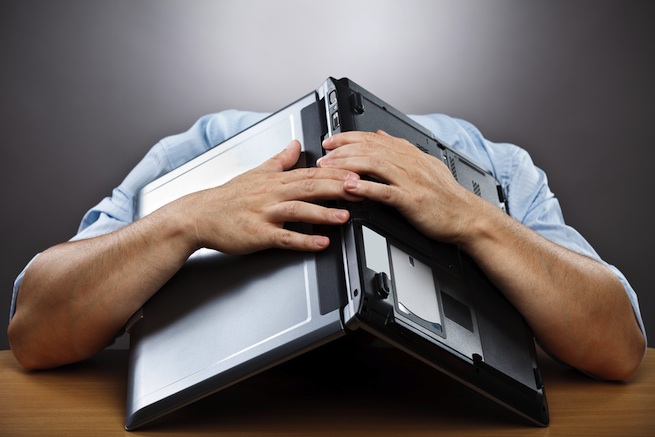 This is a guest post by mental health entrepreneur, Sarah Seegal

While most of her friends were deliberating about their college major, Jessica Mah was leading a company, managing finances, and laying off staff to keep her startup afloat.

By the time she was 21, the trilingual Y-Combinator alumna had already graduated from college and raised $1.1 million from angel investors like Steve Blank and Jawed Karim. Her company, InDinero, had been profiled by the Wall Street Journal and VentureBeat.

But InDinero, a website for small businesses to manage their finances, which Jess had founded with Andy Su in their UC Berkeley college dorm room, was in trouble.

“From around September to December of 2011, we went quiet and were really struggling,” said Mah. “We realized our users didn’t convert well into revenue.” Although the company tracked over $2 billion in customer transactions, according to Mah, they assumed that free users could be monetized at a later stage. When that assumption proved to be false, the entire business model collapsed, and the founders could no longer afford to maintain a full staff.

“I guess you just lose hope,” said Mah. But she found the strength to put the company back together. “At first, the goal was to survive. We wanted to return the money that had been invested in us and keep our reputations intact,” she added.

During this low point in her professional career, she needed to take a step back and keep things in perspective. “If we had had better emotional support, we could have fixed our problems faster. It was a lot,” she said. Mah has a firm head on their shoulders, but not all young entrepreneurs are equipped to make such tough decisions.

At 21 years old, would you have been able to fire half a dozen people, keep a company afloat, and investors at bay?

The tragic suicide of Ilya Zhitomirskiy, the 22-year old co founder of Diaspora, a non-profit, user-owned, distributed social network (it recently petered out), and Dan Haubert, the 25-year old YC Alum and co-founder of TicketStumbler, provide clear examples of the devastating pressure that young entrepreneurs face.

“Perspective is very important”, says Michael Groat, a practicing psychiatrist at Baylor College of Medicine, “particularly for young entrepreneurs.” Groat runs the only inpatient psychiatric treatment program for high-achieving professionals who are experiencing difficulty managing their careers and relationships because of a psychiatric disorder, addiction, demands or stress.

In many ways, Mah is a textbook example of failing well. Once it became clear that her company was struggling, she handled the immediate needs of the business, picked up new hobbies, and travelled to find perspective. The young prodigy who had started her first business at the age of 12, had to remember that there was more to her than the value of InDinero.

Dr. Groat told me that young entrepreneurs — highly achievement-oriented people — are often not so lucky. “They find themselves on a road where their life becomes very focused on one thing,” he said.

“When this thing collapses, people can be very vulnerable to collapsing along with it,” he said.

How can investors and incubators support young founders?

Some programs, such as the Thiel Fellowship, are leading the way in supporting young entrepreneurs.

Each year, the foundation awards $100,000 to about 20 fellows to drop out of college to start companies. All of these fellows are under-20, and many leave their friends and family to pursue entrepreneurship. Unlike traditional college students, the fellows often live alone and pursue their projects independently.

“Ilya’s (Zhitomirskiy) death was really scary for us,” say Danielle Strachman, Program Director of the Thiel Fellowship. “For anyone working on anything, entrepreneurship can be pretty lonely and we’ve developed a number of support structures for our fellows.”

While suicide may represent the extreme end of a continuum, the fundamental challenge of coping successfully with the ups and downs of bringing startups into the world, is significant. The Thiel fellowship uses its network of older fellows, advisors, mentors and staff to ensure the fellow stay grounded.

Don’t underestimate the value of a good mentor

When the news of Zhitomirskiy’s death hit the headlines, she reminded the Thiel Fellows about the importance of staying in constant contact with their mentor and the program’s staff. She resent all of the fellows the emergency contacts numbers. Strachman acknowledges that her fellows are on “a path to something big”, but they’re still young and run the risk of burning out.

According to Dr. Groat, mentors can play a powerful role. “Mentors can show us that it’s okay to be exhausted, take time out for vacation and be open about our struggles,” he said. In addition, young entrepreneurs often need help knowing their limits: how to scale back when they are exhausted, speaking up for themselves, and asking for advice when needed.

For the Thiel fellows, regular retreats, quarterly check-ins, tolerance for mistakes and an emphasis on the big picture, are an essential part of the experience. Strachman is very clear with the program’s participants that if they ever need anything from a ride out of a questionable neighborhood at 2 o’clock in the morning to a referral to a psychologist, the foundation is there for them.

Have options! There is more to life than your startup.

Investors, it’s not enough to just write a check to a young entrepreneur. Providing emotional support will make a positive impact on their achievements — both professional and personal. Don’t encourage talented young programmers and designers to have a singular focus. Aside from running their companies, the most grounded founders I interviewed had a project or interest that they’re equally passionate about.

This is essential for those that choose to forgo a college education. At the age of 18, Kristina Varshavskaya dropped out of high school to work at her sister’s company, Wanelo, a social store for international goods.

“I think that I put myself in a situation where if I fail, I fail harder because I don’t have the cushion of a high school degree,” she said.

Wanelo has grown quickly since she joined full time last fall. “Right now, we have a team of ten, [we] have raised $2 million, and have an office and a product that people actually use,” said Varshavskaya. “But I have total uncertainty in my life.”

Despite these early successes, there is a good chance that the company won’t succeed. “If Wanelo fails, I would be without a high school degree and a year behind if I wanted to go back [to college]” she said.

My advice to Varshavaskaya and others like her would be to have a backup plan. Most startups fail, so dropping out of high school or college is a huge risk. As the Huffington Post reported, only one of the five fellows from last year’s class is currently taking home an income.

If things don’t go as planned, I fear that young founders won’t be able to draw a distinction between personal failure and the failure of their company. To stay emotionally healthy, surround yourself with mentors, develop a keen hobby or interest, and think long and hard before dropping out of school. As these entrepreneurs are proving, you don’t have to choose one or the other.

If you or someone you know is feeling anxious or depressed, you can call the National Suicide Prevention Hotline 24 hours a day at 1-800-273-TALK (8255) or you can chat with a counselor online. 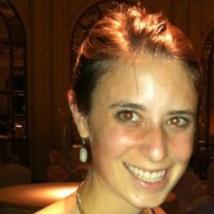 Sarah Seegal works at One Medical, a San Francisco-based primary care practice that is focused on the patient experience. One Medical has offices in San Francisco, Chicago, New York, Washington DC and Boston. Prior to this, she was one of the first non-technical hires at Breakthrough, a tele-pyschiatry startup in Silicon Valley. She has worked as a behavioral coach and counselor at Green Haven Correctional Facility and Harvard’s McLean Hospital. Seegal is the founder of The Listening Center, a peer counseling service at Vassar College. Follow her on Twitter at @sseegal