Microsoft’s HoloLens 2 is an augmented reality headset that is targeted at enterprises that can use huge data sets. So Epic Games used its Unreal Engine 4 to create a demo of the 50th anniversary of the landing on the moon to show what HoloLens 2 can do.

[Update: The demo experienced technical difficulties and was canceled while the speakers were on stage. Microsoft and Epic described what they intended to do in an interview. Update 2: The demo video is now live.]

HoloLens 2 is aimed at things like design studies, collaboration, training, and medical analysis — and all sorts of amazing things that augmented reality enables. The demo at the Microsoft Build event in Seattle is meant to show that HoloLens 2 can process a ton of data.

“One of the challenges with the enterprise is that the data sets can be incredibly huge if you’re working on a corporate user,” said Kim Libreri, chief technology officer of Epic Games, in an interview with GamesBeat. 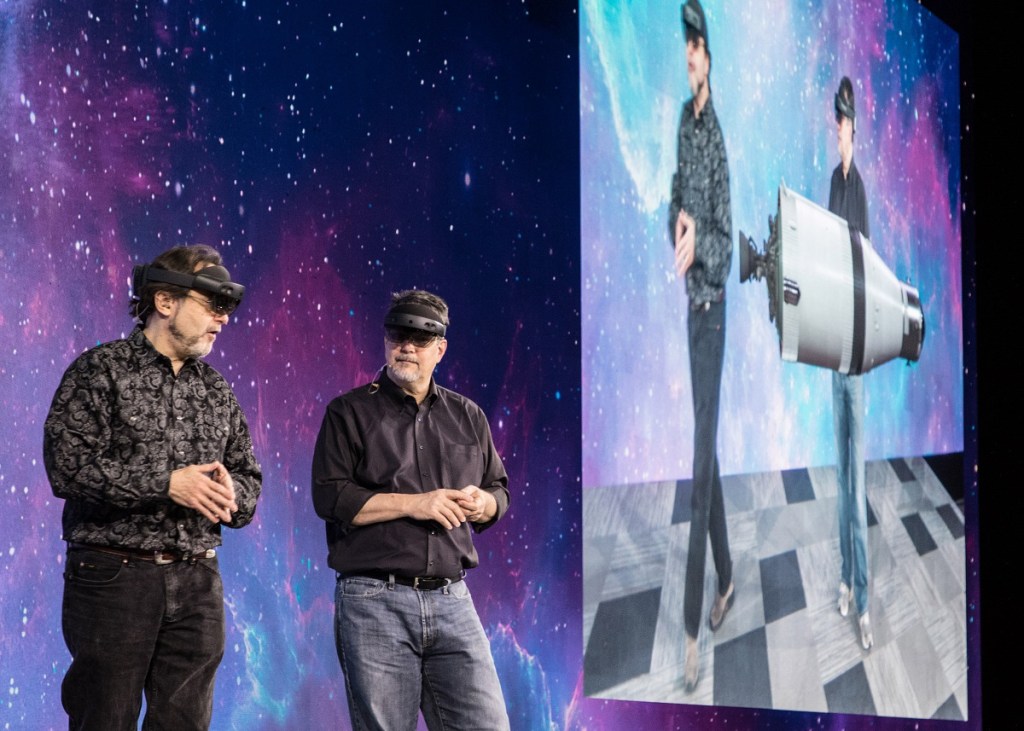 He said the polygon counts on projects like architecture designs can be in the millions and millions.

To show that, Libreri recruited experts like John Knoll, chief creative director at Lucasfilm’s Industrial Light & Magic, and Andrew Chaikin, space historian and author of Man on the Moon. They built a demo of the Apollo 11 mission to the moon, as it looked in 1969.

“It is a collaborative demo with two presenters,” Libreri said. “They basically can see the same content, they can share it. But instead of it being rendered, you’re constrained by the mobile device that’s on their head.”

Epic tapped its Unreal Engine technology to produce a demo that replicated the moon landing, in honor of its 50th anniversary, to show what HoloLens 2 can do. 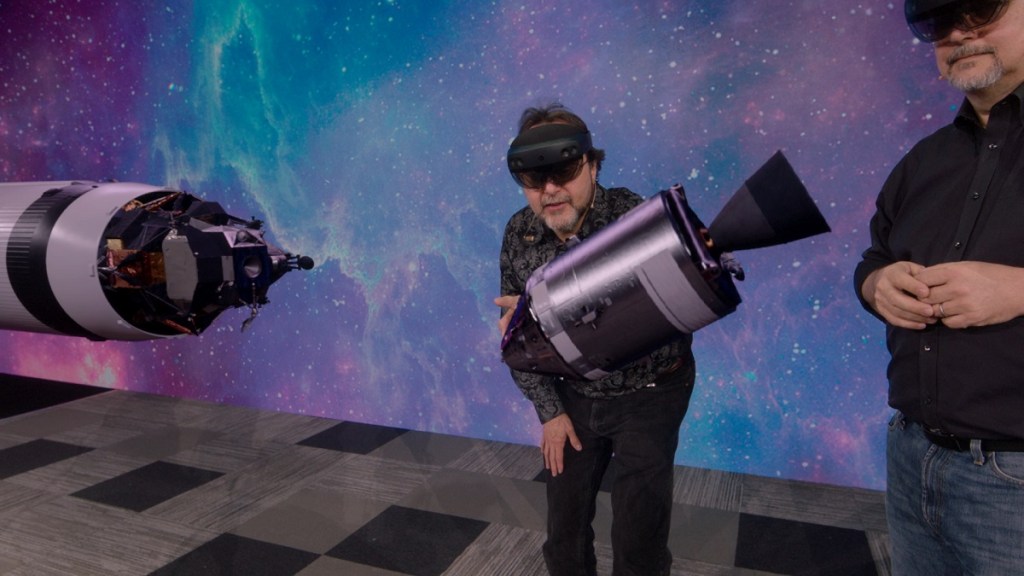 Above: The moon landing in HoloLens 2.

“So we felt it was important to sort of do a hybrid approach that uses a pixel streaming from a high-end PC into the device. So you can really have enterprise quality data results. We wanted something that could wow audiences.”

Epic worked with Knoll to create the demo. The demo captured everything from the launch of a Saturn 5 rocket to Neil Armstrong taking his first steps on the moon.

Epic has confirmed it will release support for HoloLens 2 by the end of May.

“When we combine the power of HoloLens with the power of Azure, our partners can deliver transformative solutions. From automotive to manufacturing, from architecture to healthcare, our customers need highly precise and detailed representation of their 3D content,” said Alex Kipman, technical fellow in Microsoft’s Cloud and AI group, in a statement. “Epic just showed us how to directly stream high-polygon content, with no decimation, toHoloLens. Unreal Engine enables HoloLens 2 to display holograms of infinite detail, far in excess of what is possible with edge compute and rendering alone.”

The demo also takes advantage of HoloLens 2 instinctual interactions where users can naturally move their heads and hands to touch and manipulate holograms in front of them, for example, bringing hands together and pushing them apart to see the unique components of the Saturn V rocket as detached, individual units.