The crowdfunding industry is hitting its stride. Kickstarter announced recently it has topped $1 billion in pledges for its rewards-based opportunities, and peer-to-peer lending leader Lending Club is preparing for its IPO.

The potential impacts of crowdfunding on the economy and entrepreneurship are staggering. But while rewards-based crowdfunding provides the lowest cost capital a company can raise, not everyone is a winner in this finance model.  As Korstiaan Zandvliet, founder of Dutch crowdfunding platform, Symbid said: “Isn’t it a shame that some of the companies funded through [rewards-based] forms of crowdfunding will go on to make large profits, and all you ever got was a t-shirt?”

A case in point: backers of Oculus VR’s $2.4 million Kickstarter campaign in 2012 are not seeing any upside from Facebook’s $2 billion acquisition.

Relatively little is known about what many investors consider to be crowdfunding’s holy grail – equity crowdfunding. The idea is compelling: Individuals pool small funds together to become equity stakeholders in early stage companies, when the opportunities – and risks – are the greatest.  Many insiders anticipate equity crowdfunding will transform startup finance. Massolution estimates 100% growth this year, with $400 million raised.

So why are insiders so confident that equity crowdfunding will transform the capital markets?  According to top crowdfunding experts, there are two primary factors:

The payback from equity crowdfunding can be enormous.  According to Tanya Prive, founder of crowdfunding platform, Rock the Post, “While most startups won’t achieve Facebook or Dropbox returns (62,000% and 39,000% ROI, respectively), a long-term investment of 5-8 years in the right startup could produce higher returns than any other asset.”

Equity crowdfunding takes local angel investing and makes it global, without sacrificing quality.  Today much angel investing is relegated to local deals and that makes sense, as it’s not as easy to set up a national (or international) deal flow. But as Crowdvalley founder Markus Lampinen says, “New access and transparency created by online models will open the door for discovering new investment opportunities in private securities potentially anywhere. Along with the right information, research and processes to protect investors and evaluate the cases, this can lead to a new paradigm where we as investors are not limited to our own local community, but can access information from around the world.”

If you want to profit from equity crowdfunding but are wondering how to go about it, here are investment tips based on my experience as a venture capitalist and angel investor and on input from some of the world’s top crowdfunding experts:

Diversify. Study after study shows how risky the asset class is and that building a portfolio of high-quality startups is the only way to go to make real money investing in private companies. Just as mutual funds and exchanged traded funds (ETF) have made it easy to add international exposure to a stock portfolio, equity crowdfunding ushers in easy access to private companies — a new asset class.

“Go into this with your eyes open and remember one important fact: depending on whose numbers you read, 30-40% of startup businesses across the board fail within two years,” said crowdfunding expert Kendall Almerico. “The good news about investing via equity crowdfunding is that you will be able to invest a small amount along with a lot of other people, so you can minimize your potential losses and the risk involved.”

“Rather than putting all their eggs in one basket, investors can diversify capital in 10 or more companies,” added Microventures’ Tim Sullivan. “This can greatly improve chances of success. The winners in a startup investor’s portfolio can provide returns that more than make up for the losers.”

Invest in what you know. “Some of the most successful crowdfunding projects started because experienced investors didn’t understand that there was latent demand for a new product category,” said Ethan Mollick, a professor studying crowdfunding at the Wharton School of business.  “Gamers, rather than VCs, funded Oculus Rift because they knew that they wanted to experience virtual reality, even though investors were not interested because of a lack of proven demand. Technology enthusiasts backed Pebble Watch because they wanted wearable computers, an area that conventional wisdom, without much recent evidence, suggested was a dead-end.”

Do your due diligence. “Dig into the startup’s financial statements, scrutinize their financial projections, and evaluate the metrics they use to measure traction,” Sullivan added. “If the numbers don’t tell a compelling and realistic story, then you should find another company to invest in.”

Recognize startup investing is a team sport. If it’s important to invest in good management for a publicly traded stock, it’s essential to identify leaders that are winners when investing in startups. It’s better to invest in a world-class team with a half-baked idea than the inverse. “Growing a startup from idea to exit is a long and winding journey so investing in a startup is really about backing the team to last the duration of the journey. Our most frequent investors often prefer to invest in startups with more than one team member,” Jeff Lynn, founder of UK crowdfunding platform, Seedrs said.

Learn how to factor in the additional data that crowdfunding platforms provide. “Real crowdfunding can demonstrate whether there is a market and whether customers are prepared to pay for the product or service,” said Amanda Boyle, CEO at Bloom Venture Catalyst.

I’d be lying if I said the excitement surrounding equity crowdfunding doesn’t keep me awake most nights. The democratization of capital flowing into the growth engine of our economy — startups — will give an entirely new class of investors opportunities to enrich themselves that only venture capitalists and angel investors had previously. We know crowdfunding creates jobs — we’ll soon see a growing number of equity crowdfunding investors realizing a massive return. I’ll bank on it. 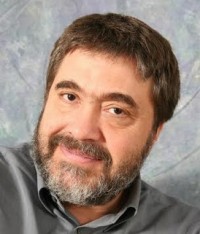 Jon Medved is a serial entrepreneur, investor and CEO of OurCrowd. Medved has been part of the founding teams at several successful Israeli startups, and as a venture and angel investor over the past two decades, he has invested in over 100 Israeli startups, helping to bring over a dozen of them to values in excess of $100 million.