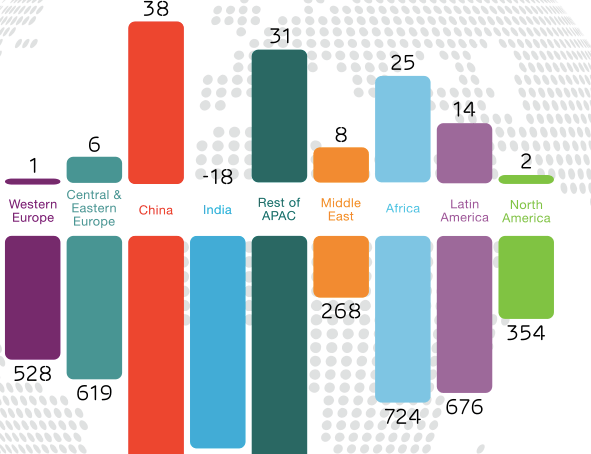 Telecommunications giant Ericson has released a massive report on the state of the mobile world. And clearly, unless you live in the almost-fully-penetrated European and North American markets, everything is up and to the right.

With 6.4 billion global cellular subscriptions and a world population just shy of seven billion, it would seem that almost everyone has a mobile phone or other mobile device connected to the internet. However, Ericsson, says, those 6.4 billion subscriptions are spread over only 4.3 billion people, meaning that many people have more than one plan … for example, a phone and a tablet, both with a cellular connection.

Which leads to a penetration percentage of well over 100 percent in some areas:

40 percent of all phones sold in the third quarter, Ericsson says, were smartphones, but only 15 percent of the global installed base of phones is smartphones … so there is still a long runway for growth. In fact Ericsson is predicting smartphone subscriptions alone will reach 3.3 billion in 2018. 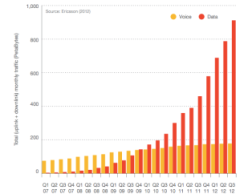 Above: Global total traffic in mobile networks. Yellow is voice; red is data

In the same period, voice traffic has only grown from perhaps 80 petabytes to about 190.

By 2018, Ericsson expects mobile traffic to grow 14 times to over 13,000 petabytes of global monthly data, as mobile PCs will gobble up over 10 GB each per month, and smartphones about 2 GB.

Speeds will increase to handle that influx of data traffic, rising to a current global median of 1.3 megabits/second as LTE networks continue to roll out. LTE can already offer download speeds in the 100 Mbps range, on supported devices, and an more-advanced version known as LTE-Advanced will offer peak

data speeds higher than 1 gigabit/second. Only about 100 LTE networks are currently in operation, covering 455 million people. By 2017, Ericsson expects LTE to be available to about half the world’s population.

Interestingly, Ericsson measured the network impact of free versus paid apps as part of the study. Free apps, which are generally, ad-supported, use much more data than premium apps — connecting with the network 30 times more frequently and use over 100 times more data … presumably for ad downloads.

Tethering is also a massive data consumer, especially iPhone and Android users who use data services on their smartphones to get network access on their laptops and tablets. Users who tether use 20 times as much data as non-tethering mobile subscribers. 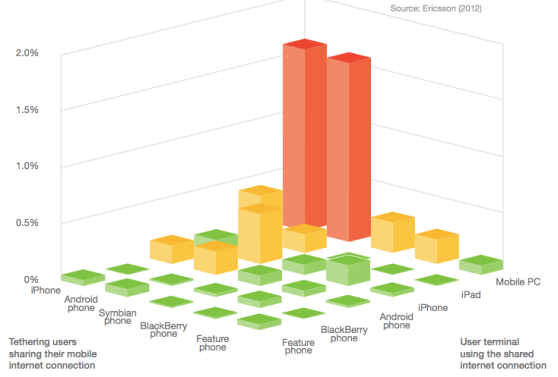 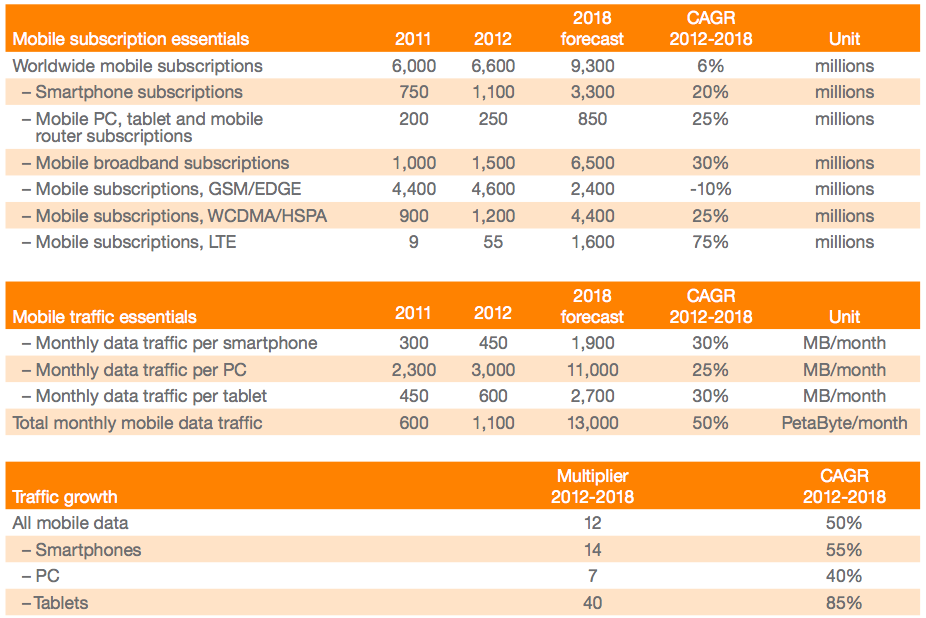