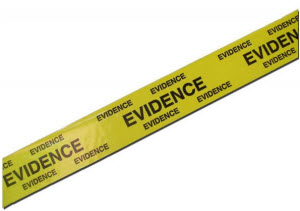 The European Union’s antitrust division released a public version of its May antitrust ruling against Intel, detailing for the first time the evidence that led to a record $1.45 billion fine.

The European Commission issued a press release and a summary of the ruling, and AMD has also released a snapshot of the 518-page ruling. The commission said, “On the basis of a significant amount of contemporaneous evidence and company statements, the Decision demonstrates how Intel broke the law.”

Advanced Micro Devices‘ Tom McCoy, AMD executive vice president for legal affairs, said in a statement, “This is the first time that Intel has had to confront now publicly available facts of its illegal behavior and it won’t be the last. The U.S. Federal Trade Commission and New York Attorney General’s continuing investigations and AMD’s civil case against Intel will provide other clear demonstrations of Intel breaking the law, and we remain confident that we will win our US civil case against Intel, which goes to trial in March.” We’ve included a lengthy response from Intel at the end.

The commission’s ruling found that Intel issued “conditional rebates” to Dell from December 2002 to December 2005, whereby it would give rebates to Dell if it purchased only Intel microprocessors.

In an internal Dell presentation in February, 2003, a Dell official noted that if Dell switched any of its microprocessor supplies from Intel to AMD, Intel’s retaliation could be “severe and prolonged with impact to all lines of business.” In a February, 2004, email, a Dell executive wrote that Intel executives were prepared for all-out war if Dell joined the exodus to buy AMD chips. Dell would have gotten zero market development funds for at least a full quarter. Intel would also use the market development funds not used by Dell to fund competitors to Dell.

Intel allegedly gave similar treatment to HP from November 2002 to May 2005. Intel rebates were allegedly conditioned on HP buying 95 percent of its microprocessors for business desktops from Intel. In a July 2002 email, an HP executive wrote, “PLEASE DO NOT … communicate to the regions, your team members or AMD that we are constrained to 5% AMD by pursuing the Intel agreement.”

Likewise, NEC had to buy no less than 80 percent of its microprocessors for desktops and notebooks from Intel to qualify for rebates from Intel. Intel rebates during 2007 for Lenovo were contingent on Intel being the exclusive supplier for Lenovo’s notebook computers. In a December 2006 email, a Lenovo executive said, “Late last week Lenovo cut a lucrative deal with Intel. As a result of this, we will not be introducing AMD based products in 2007 for our Notebook products.”

Intel also allegedly played the same game with retailers. Intel’s payments to Media Saturn Holding (MSH), Europe’s largest PC retailer, were conditioned on MSH selling exclusively Intel-based PCs from October 2002 to December 2007. MSH told the commission, “It was clear to MSH in this regard that the sale of AMD-equipped computers would result at least in a reduction of the amount of Intel’s contribution payments per Intel CPU under the contribution agreements.” MSH never tested the issue with Intel.

Another category of antitrust violations fell under “naked restrictions.” Between November 2002 and May 2005, Intel payments to HP were conditioned on HP selling AMD-based business desktops only to small and medium enterprises, only via direct distribution channels (rather than distributors), and on HP postponing the launch of its first AMD-based business desktop in Europe by six months. In an internal September 2004 HP e-mail, an HP executive stated: “You can NOT use the commercial AMD line in the channel in any country, it must be done direct. If you do and we get caught (and we will) the Intel moneys is gone. The risk is too high.”

Intel’s payments to Acer were contingent on Acer postponing the launch of an AMD-based notebook computer from September 2003 to January 2004. In a September 2003 email, an Intel executive reported: “good news just came from [Acer Senior Executive] that Acer decides to drop AMD K8 [notebook product] throughout 2003 around the world.” The executive went on to describe Intel’s back-and-forth talks with Acer executives. The same thing happened with a Lenovo AMD notebook launch.

The EU also said that Intel tried to conceal the conditions in its exclusive dealings with PC makers and MSH. The Dell rebate arrangement was created orally at various meetings and its existence was only acknowledged through the references in executive emails. The same went for HP and MSH. In a submission to the Commission, HP stated that it “can confirm that Intel’s inducements (in particular the block rebates) were a material factor in determining HP’s agreement to the unwritten conditions. As a result (…) HP [Business desktop PC division] stayed at least 95% aligned to Intel.”

In a response statement, Intel said, “There is nothing new here. This Decision reflects the underlying bias we have come to expect from the case team that ran this investigation.”

The statement goes on to say:

We are convinced that the Commission’s conclusions regarding our business practices are wrong, both factually and legally. We have appealed the Commission’s decision Intel is committed to ethical business behavior and compliance with all applicable laws and regulations governing business practices. We are convinced that we’ve adhered to those standards and acted legally at all times in this matter.

The Commission relied heavily on speculation found in emails from lower level employees that did not participate in the negotiation of the relevant agreements if they favored the Commission’s case. At the same time, they ignored or minimized hard evidence of what actually happened, including highly authoritative documents, written declarations and testimony given under oath by senior individuals who negotiated the transactions at issue.

Also, the Commission consistently construed ambiguous documents in a manner adverse to Intel, while overlooking or dismissing authoritative documents as “insufficiently clear” when they contradicted the Commission’s case. This pattern occurred across the board with respect to documents and statements submitted not only by Intel but also by third parties. The result was that the Commission dismissed or ignored extensive exculpatory evidence.