Some major deals went down in tech M&A this year for sure, but here we take a retrospective look at one specific niche — where big U.S. firms head to Europe to bolster their innovation credentials. It’s worth noting that we’ve included Israel, because there’s been a lot of activity going on there as well.

Apple made at least six acquisitions in Europe and Israel last year, compared to just one the previous year.

In early January, Camel Audio, a U.K.-based maker of plug-in instruments and effects, closed up shop without revealing why. Six weeks later, news emerged that it had been acquired by Apple for an undisclosed amount, with the Cupertino company issuing a boilerplate response:

“Apple buys smaller technology companies from time to time and we generally do not discuss our purpose or plans.”

It’s not clear what Apple’s plans are for the acquisition, but it will likely be related to Apple’s Logic Pro audio software.

Apple reportedly paid $50 million to seal the deal. The technology will likely be folded into Beats Music, either as a value-added service aimed at giving more data to artists and labels or as part of the music recommendation engine for listeners.

Next up was Israel’s turn, when advanced camera-tech company Linx was snapped up by Apple for a reported $20 million. Co-founded in 2011 by a former Samsung executive, Linx builds small cameras for phones and tablets that feature sensors detecting depth information. It seems fairly certain that the technology will be used in future iOS devices.

Perhaps less certain is what Apple has in store for Metaio, the German augmented reality (AR) startup it acquired in May for an undisclosed amount.

Metaio had built a solid reputation in the AR space in the 10-plus years since it was spun out of Volkswagen. Its sudden closing leaves tens of thousands of customers inconvenienced. Apple had already revealed plans to develop virtual reality technology through job listings and later won a patent for a wireless head-mounted display unit for the iPhone. This raised speculation, bolstered by the Metaio purchase, that the company was working on something major in the AR realm.

Apple made its third U.K. acquisition of the year in October when it bought artificial intelligence startup VocalQ, which makes software that helps computer-to-human voice communication be more natural. The most obvious use of this technology will be in Apple’s digital assistant, Siri.

Apple’s last known European acquisition of 2015 was Faceshift, the Swiss startup behind the motion-capture technology that was used in the new Star Wars movie, though the deal was thought to have concluded much earlier in the year. 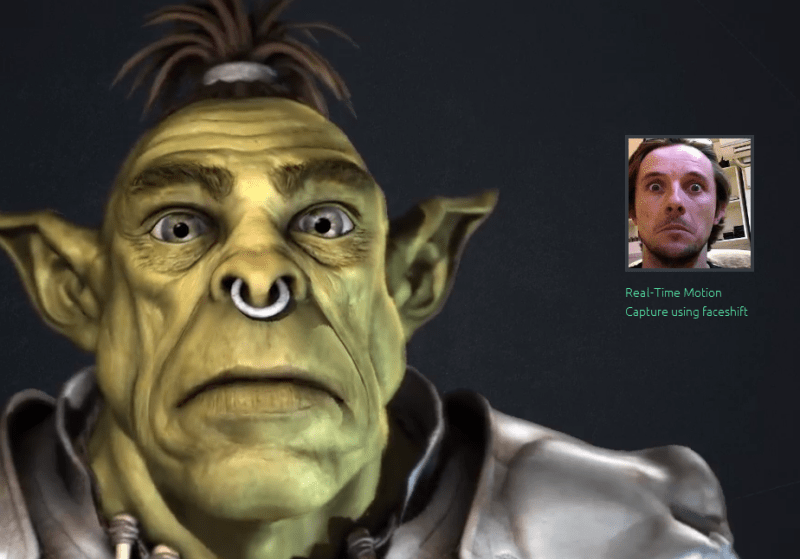 Faceshift’s software makes it easier for animated characters, such as avatars, to mimic the facial expressions of a real-life actor in real time. It’s not entirely clear how Apple will use this kind of technology, but there are some potential VR possibilities for it alongside its other related acquisitions, or it could simply be used to build new features into existing software.

Elsewhere, Facebook made at least two acquisitions from Europe and Israel last year, the exact same number as 2014.

Back in May, Facebook-owned Oculus snapped up Surreal Vision, a U.K. startup that builds spatially-aware computers that can reconstruct 3D scenes based on the real environment. For Oculus, a company that has become somewhat synonymous with virtual reality, the move made a great deal of sense.

Two months after the Surreal Vision deal, Oculus entered Israel to pay a reported $60 million for Pebbles Interfaces, which specializes in advanced motion sensors that can recreate physical objects within the digital realm, regardless of angle or range. Perfect sense for Oculus.

Google’s known acquisitions in 2015 were fewer than in the previous year. In Europe, it bought two local companies, down from eight in 2014

In April, Google bought Ireland’s Thrive Audio, a startup creating spatial 3D audio technology for headphones. It’s all about recreating a realistic sound, considering factors like depth and height. It seemed like a slightly odd acquisition at the time, but when you remember Google dabbles in virtual reality with Cardboard, it starts to make sense. Thrive Audio’s technology is designed firmly with VR in mind.

Later, in October, Google made its first ever Portuguese acquisition in Digisfera, a 360° photography startup that offers a myriad of services around photography, design, and development of panoramic images. It probably goes without saying that Digisfera will help develop Street View imagery.

Elsewhere in the U.S., Microsoft made at least six acquisitions across the Atlantic in 2015, four of which came from Israel.

Microsoft’s 2015 acquisition spree kicked-off in January with Israel’s Equivio. The text-analysis startup’s technology was integrated into Office 365. Microsoft said the acquisition was in line with its ongoing efforts to help its customers manage “the legal and compliance challenges inherent in managing large quantities of email and documents.” It’s all about artificial intelligence — computers that can automatically sift through large swathes of content and make sense of it.

Later on, Microsft headed back to Israel to snap up technology from N-Trig for a reported $200 million. The deal wasn’t hugely surprising — N-Trig was the creator of the stylus Microsoft bundled with the Surface Pro 3. “We can’t wait to show you what we’ll deliver for our Surface Fans in the future,” said Microsoft’s Stevie Bathiche in a blog post announcing the news.

In June, news emerged that Microsoft had bought the creators behind popular to-do list app Wunderlist. Terms of the deal were not disclosed, but the computing giant reportedly paid between $100 million and $200 million for 6Wunderkinder.

Plans for product integrations remain unclear, but Wunderlist does have a reputation for user-friendliness, with neat speech-recognition features built in. Before the acquisition, Wunderlist was integrated into Microsoft’s Sunrise calendar app and was one of the early productivity apps to hit Windows 10.

Microsoft returned to Israel in July to acquire cloud security startup Adallom, for a reported $320 million. Adallom’s software is used for monitoring cloud-based services such as Dropbox, Google Apps, Amazon Web Services, and Salesforce. Microsoft said that Adallom would complement some of its own existing security tools, including Advanced Threat Analytics.

Microsoft made its inaugural Irish acquisition in October, buying software company Havok from Intel for an undisclosed amount. The Dublin-based company specializes in software that developers use to simulate the real-life effects of friction, gravity, and so on without having to employ a team of mathematicians and programmers.

Microsoft said it plans to offer Havok’s tools to developers to use on DirectX 12, Visual Studio, and Microsoft Azure. So while Microsoft was already a partner with Havok in its own development projects, it wants to sell Havok’s tech as a value-added service to its own ecosystem.

In November, Microsoft confirmed previous rumors it was buying Israel-based Secure Islands Technologies, though it did not confirm the purported $150 million price tag. The online security startup’s technology will be integrated into Microsoft’s Azure Rights Management Service.

Microsoft has been pushing its cloud credentials in 2015. CEO Satya Nadella announced in June that creating “the intelligent cloud platform” would be one of three key investment areas. Acquisitions played a pivotal role in this strategy.

At least three other major tech companies ventured east across the Atlantic in 2015 in search of innovation.

Amazon made a rare foray into Israel this year when it snapped up Annapurna Labs for a reported $350 million. The chip-design startup was founded in 2011, though little was known about the technology it was working on behind the scenes. The Wall Street Journal said the startup was working on ARM-based “midrange networking chips for data centers that transmit more data and use less power.”

Amazon has confirmed the acquisition but revealed little about its plans for the startup. As Amazon moves away from Intel’s chips to the lower power-consumption of ARM, it may want to own its own chip technology to save money in the long run.

Gaming giant Activation Blizzard, responsible for well-known franchises such as Warcraft and Call of Duty, made a surprise bid to buy Swedish gaming company King — creators of the uber-popular Candy Crush Saga. The eye-popping $5.9 billion price tag was significant, not least because King was already a publicly-traded company.

Innovation in Europe is thriving, while Israel has been a hotbed for tech startups for some years. The aggressive dealmaking among Apple, Facebook, Microsoft, and Amazon in the regions only underscores the level of activity.

A quick peek at the kinds of technology being sought reveals what’s hot at the moment. There is little surprise that virtual reality, cloud computing, online security, artificial intelligence, and gaming all featured prominently.

But what is the impact of all these “home-grown” startups becoming subsidiaries of companies thousands of miles away? Well, with so many well-financed tech companies buying into the European and Israeli ecosystems, this should lead to more wealthy entrepreneurs — in other words, people with money and an interest in either founding new companies in the region or investing in others. That has to be a good thing.

As the old cliché goes, there is only one thing worse than being talked about: not being talked about. The same holds true for the European startup fraternity. Interest from the big tech titans of the world means we’re doing something right over here. The time to worry is when Google, Facebook, Apple, Microsoft, and Amazon start looking elsewhere.