Vector Watch, a London-headquartered company that makes smartwatches that last for up to 30 days on a single charge, has raised a fresh $5 million in funding.

The round was led by Bucharest-based investor GECAD Group, with participation from Catalyst Romania and “a group of high net worth individuals.” The company had previously raised a $2 million seed round from GECAD Group in 2014. 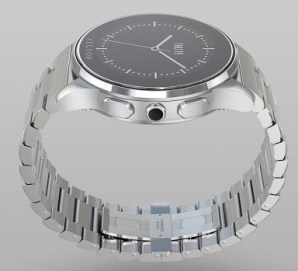 Vector Watch unveiled a collection of 12 attractive smartwatch models across three distinct styles earlier this year. The company has built its own proprietary low-power operating system for the wearables, and it’s targeting the fashion-conscious mainstream market with the timepieces, which range from $250 up to $400.

Beyond its own range of watches, the company also plans to make its platform the “industry standard for the wearable sector,” said Joe Santana, CEO at Vector Watch. “We have a strong team of developers who are working with well respected names in the wearables industry.”

Though Vector Watch’s main headquarters are in London, it also has hubs in Romania, the Netherlands, Hong Kong, and Silicon Valley.