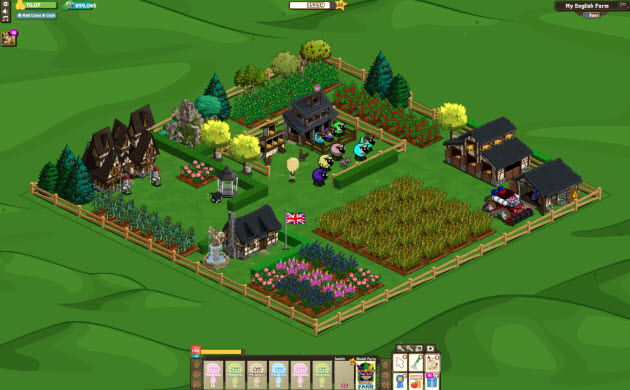 Game maker Zynga‘s break-out hit, FarmVille, saw record revenue in the quarter ended March 31, 2011, even while its monthly active user count dropped from 83 million in the spring of 2010 to about 39 million monthly active users now.

That fact is an important point contained in Zynga’s filing with the Securities and Exchange Commission for an initial public offering. Since Zynga filed the papers on Friday, the social game industry has a wealth of new details as guideposts for the best-run business on the Facebook platform. In this post, we’ll take a look at some interesting facts about Zynga that weren’t known until now. 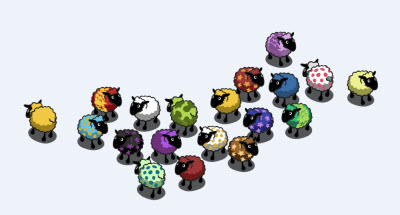 FarmVille launched in June 2009 and became the fastest-growing game in history at the time, putting Zynga into the undisputed lead role as the biggest social game company on Facebook. Now, four of the top five games on Facebook are Zynga titles, and it has never lost the lead position since the launch of FarmVille. The company keeps players happy thanks to weekly content releases in each game. In March, Zynga released an expansion for FarmVille — FarmVille English Countryside — that no doubt accounted for the record revenue for FarmVille.

In the first quarter, Zynga generated about $235 million in revenue. Ad revenue in the quarter was $9.9 million, and most of the money came from virtual goods sales. In that quarter, it had about 236 million monthly active users. So Zynga generated roughly $1.04 per user per quarter, or $4.16 per user per year. But Zynga acknowledges that a very small percentage of its players actually pay money. Unfortunately, Zynga didn’t say exactly what percentage of players pay. It is supposedly around 1 – 3 percent. If that is true, then the average revenue per paying user per quarter is likely to be $32 to $95, which breaks down to $10.67 to $31.66 per paying player per month.

When you think about it, that’s not an insane amount for Zynga’s paying players to be paying each month. World of Warcraft, the massively multiplayer online fantasy role-playing game, generates about $14.95 a month per player in revenue for Activision Blizzard. But it’s very interesting that this amount of revenue from 1 – 3 percent of Zynga’s players is enough to pay for the costs of all of the others and then generate some profit for Zynga. If Zynga can keep adding more interesting virtual goods to its existing games, tempting more players to pay for virtual goods, it can then generate a significant increase in revenues. That explains why FarmVille can generate more money than ever before even though it is at half of its peak users.

Zynga’s games are free-to-play, where users can play for free and pay real money for virtual goods such as tractor fuel in FarmVille. One of the most successful virtual goods were the colorful sheep, pictured above, which users could breed and send as gifts to their friends. On average, Zynga says that paying users will keep on buying virtual goods in a game for 10 months to 25 months.

Not every game that Zynga launches makes money. Zynga said in its filing that two or three games account for most of its revenue. For instance, Zynga’s Treasure Isle game reportedly didn’t make a lot of money, since the game didn’t really have the right virtual goods built into it.

Zynga has figured out ways to promote branded virtual goods in order to raise more money than it otherwise might. In October 2010, Farmers Insurance Group offered FarmVille players a free in-game Zeppelin airship that provided “wither protection” (to keep their crops from dying) for players’ crops for 10 days. Players chose to “insure” their crops with the free branded Zeppelin, providing players with a voluntary, enhanced in-game experience. Farmers Insurance offered a similar one day campaign in 2011. During the 24 hours of this campaign, over two million new fans joined Farmers Insurance’s Facebook fan page. Such promotions generate advertising money for Zynga and temporarily increase its virtual goods sales.

The filing had other interesting details. In May, 2010, Zynga struck a deal with Facebook to adopt its Facebook Credits virtual currency, which gives Facebook a 30 percent cut of every virtual goods transaction. Previously, Zynga used virtual currency providers that charged only 2 – 10 percent per transaction. Zynga said it completed the transition to Facebook Credits by April, 2011. That means that, for the first quarter, Zynga probably generated revenue of $335 million but paid about $100 million to Facebook. (We’re assuming that Facebook accounts for substantially all of Zynga’s revenue, which is not precisely correct).

Zynga said its advertising revenue has decreased over time because it has reduced the number of ads that its users see in order to improve the user experience. Only about 4 percent of Zynga’s revenues came from ads in the first quarter.

Overall costs for making games have gone up steadily. Zynga’s costs include web-hosting fees, depreciation and amortization expenses, consulting and headcount costs. Payment processing fees have dropped because of the transition to Facebook Credits. Zynga’s rising web-hosting costs are due to the fact that it has to pay more for additional computing capacity with unexpected high demand for games.

The average life of a virtual good was 12 months for the first quarter, compared to 14 months a year earlier.

Another item worth noting: Zynga has one issued patent and 78 patent applications pending review.