Later this month, League of Legends turns 10 years old. That makes it a retro game, but developer Riot Games is not sitting around getting all nostalgic. Instead, the studio has multiple major new initiatives in the works.

During a livestream to celebrate League’s big anniversary, Riot finally revealed some of those other projects. I’ve gathered them up for you below.

League of Legends is heading to mobile and console

It took 10 years, but League of Legends is heading to smartphones, tablets, and consoles. Riot is calling this version League of Legends: Wild Rift. It features ranked mode and a new control system for gamepads and touchscreens.

Wild Rift is launching in 2020. Open betas are beginning soon, and you can find out more about that here.

And here is the announcement gameplay trailer:

Teamfight Tactics is heading to mobile

Teamfight Tactics is Riot’s take on Autochess, and it is finally making the leap to mobile. It’s also getting a ton of new content and updates.

Project A is Riot’s tactical shooter

Nothing is more indicative of Riot’s branching out from League of Legends than Project A. It is a tactical shooter, which is very much not a MOBA. Of course, like League, it is a character-based game.

It sounds like a mix between Overwatch, Rainbow Six: Siege, and Counter-Strike: Global Offensive. But Riot says it is its take on a competitive shooter.

Project L is the League of Legends fighting game

In 2016, Riot acquired developer Radiant Entertainment, which was working on the fighting game Rising Thunder. Now, the company is finally showing some of the results of that deal.

Riot only showed glimpses of Project L, but it certainly looks like a fighting game with League characters. You can see some of the gameplay in the clips below.

Riot is also moving beyond the world of games. It is working on Arcane, an animated series. The trailer shows a fantasy world with cinema-quality animation. Riot hasn’t said where it will release or stream this new show.

You can start a new card game in the near future. Riot is launching Legends of Runeterra for PC, iOS, and Android. The company is opening up registration for the chance to play the game during the preview period on PC beginning today. That test will run from October 15 through October 20. Another test is coming in November, and that will also run on PC.

A closed beta will also kick off in Q1 2020, and then Legends of Runeterra will officially launch “later in 2020” on PC and mobile.

Project F is a mystery game set in Runeterra

Finally, Riot teased something called Project F. It is apparently about enabling players to explore the world of Runeterra with their friends.

Here’s a screenshot that makes the game look like an action role-playing adventure similar to Diablo: 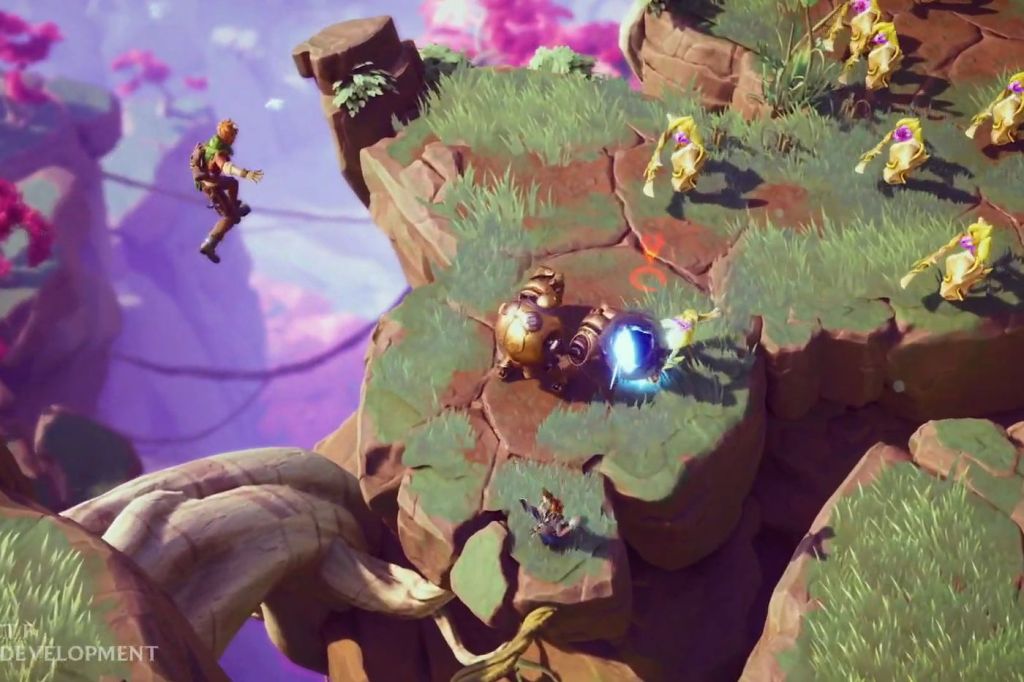 Above: Project F is something different.

So yeah … I guess Riot makes more than one game now.