All eyes were on Samsung at consumer electronics exhibition IFA in Berlin today, though there weren’t any high expectations for major product launches.

If you missed the event, here’s the gist of what the company did announce.

The Internet of Things featured prominently on the agenda, with the Korean tech giant launching a new SmartThings Hub to help manage all your connected home appliances.

The $99 hub was developed by SmartThings, a company Samsung acquired last year, and can be used to connect things like security cameras, smart thermostats, and other smart home gadgets.

Feeding into this, Samsung also unveiled SleepSense, a smart sleep-tracker that connects to your home appliances.

The SleepSense is a contactless sensor that’s placed under your pillow to analyze your sleep patterns, with the ultimate goal of improving your sleep. To do so, it connects up with your TV, air conditioning, music system, and other smart home contraptions — all managed through a mobile app.

It can turn off your TV when it senses you’re asleep, or turn your coffee machine on when it reckons you’re awake in the morning.

Samsung elected to launch its new smartwatch, the Gear S2, a few days before IFA. However, the company did announce the public release of its Tizen Software Development Kit (SDK) for the wearable today, letting any developer create apps for the watch.

You can read our hands-on review of the Gear S2 here.

The AddWash is touted as “the world’s first washing machine that allows consumers to add laundry at any point of the wash cycle.”

Say what? It really is genius — you can add items of clothing to the main cycle mid-wash. Press a button to stop the drum and throw in those garments you forgot without having to drain the main compartment.

This is also a connected washing machine that can pair with your Android and iOS devices, letting you monitor and manage a washing load remotely, while receiving update alerts. 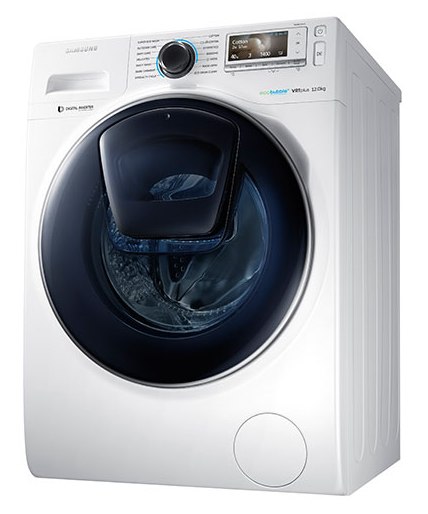 Related to the Internet of Things, Samsung revealed it was working to integrate SmartThings with BMW cars, with notifications from the SmartThings Hub displayed on the car dashboard. The SmartThings app will also let BMW drivers lock or unlock their car, and view the technical status of their vehicle.

Similarly, an integration between a new Car Mode for Galaxy app and Volkswagen will let drivers take calls, control music, and more using touch or their voice. This partnership will also see the Volkswagen Car-Net e-Remote app integrate with the Samsung Gear S2 smartwatch, letting drivers locate their parked car or even turn the air conditioning on from their wrist.

The new HDMI 2.0 specification, announced by HDMI Forum back in April, will be landing on Samsung’s SUHD and UHD TVs — the first on the market to support the standard.

The company said it will issue a firmware update shortly, letting viewers display a broader High Dynamic Range from external devices. It basically means a higher level of contrast between the lights and darks to create a clearer picture.

The Blu-ray Disc Association (BDA) gave the go-ahead to license a new Ultra HD Blu-ray format last month, and at IFA today, Samsung was one of the first companies to announce an Ultra HD Blu-ray player.

No details such as price or launch date yet, but it’s expected to arrive in early 2016. 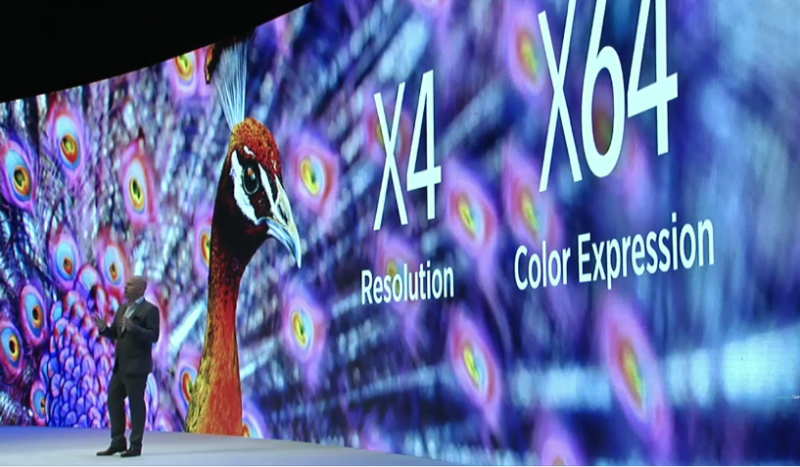 This wasn’t revealed at IFA, but it’s relevant anyway: Samsung and Barnes & Noble launched the latest version of their tablet / e-reader combo.

Costing $400, the Samsung Galaxy Tab S2 Nook is available now in Barnes & Noble stores across the U.S. and online at Nook.com.