Updated 4/30/2015: Scroll to the bottom to check out releases from the second day of the Microsoft Build developer conference.

Today at Microsoft’s Build developer conference, the company unveiled a slew of new tools for developers. Here’s a list of the top items from today’s conference. 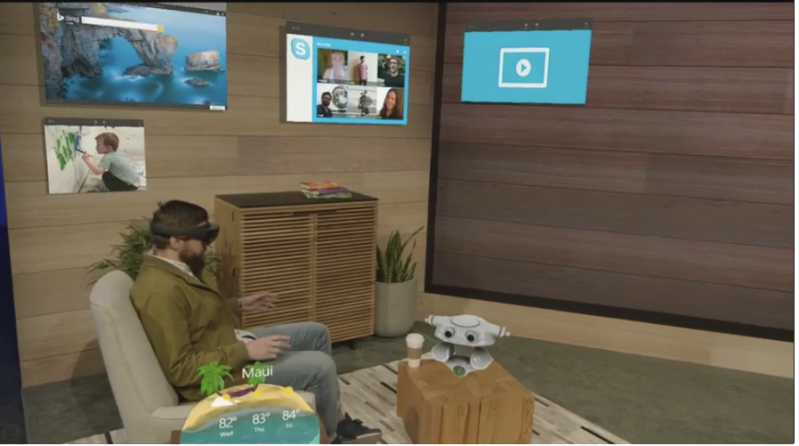 Microsoft announced the Windows Holographic platform. In short, the company will let developers build Windows 10 apps for HoloLens. We also got to see some cool ways you can use the HoloLens beyond entertainment, both in education and architecture. 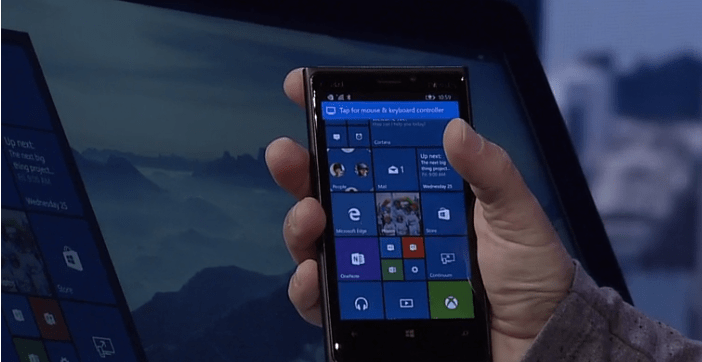 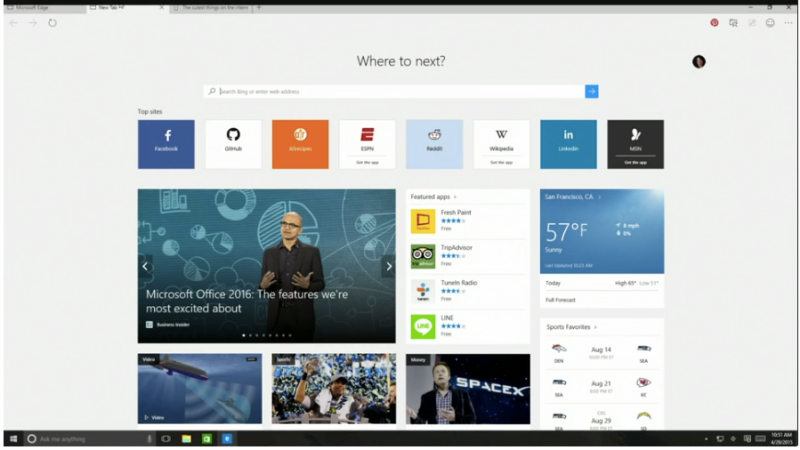 Edge is Microsoft’s new browser shipping on all Windows 10 devices (PCs, tablets, smartphones, and so on). Joe Belfiore, Microsoft’s corporate vice president of the operating systems group, explained the name as referring to “being on the edge of consuming and creating.”

Microsoft Edge is the successor to Internet Explorer — which will also be available on Windows 10, but for legacy use cases. However, only Edge will use Microsoft’s new rendering engine of the same name. 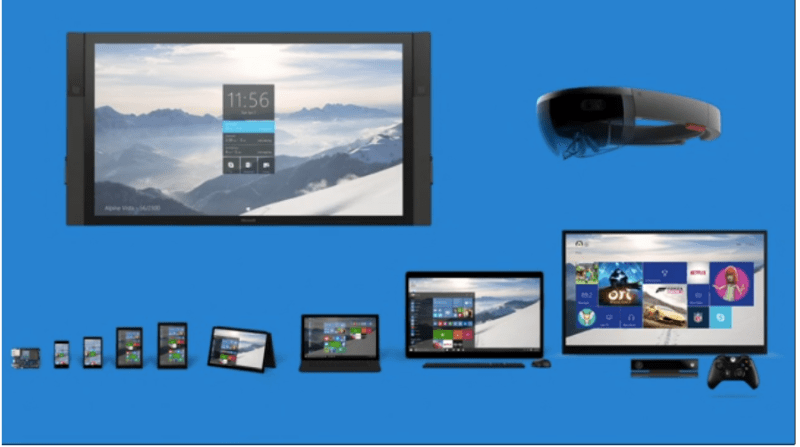 Terry Myerson, Microsoft’s executive vice president of operating systems, set a huge goal for the company: Windows 10 on 1 billion devices “in two to three years.” This is a promise to developers that if they invest in Microsoft’s upcoming operating system, they will have access to a massive userbase. 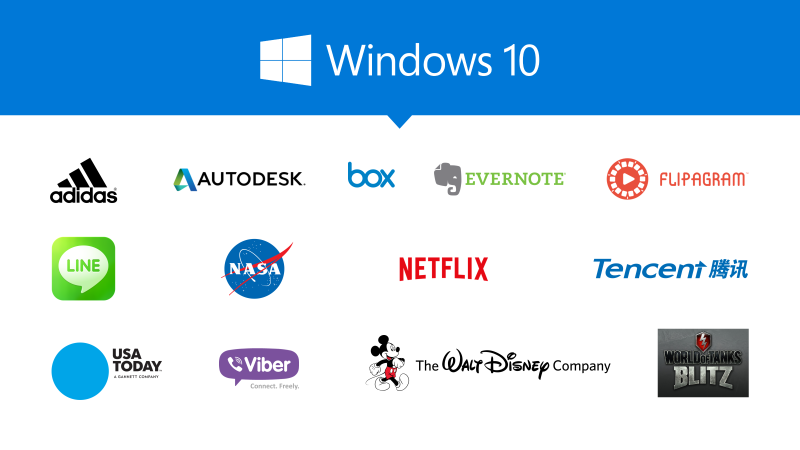 Microsoft also announced the Windows Store for Business. Developers will be able to target enterprises with business payments methods, and the platform will support different kinds of business payments, such as purchase orders. To get developers on board, the company showed off apps from a slew of partners including Disney, USA Today, Tencent (which develops WeChat), Viber, and Adidas. 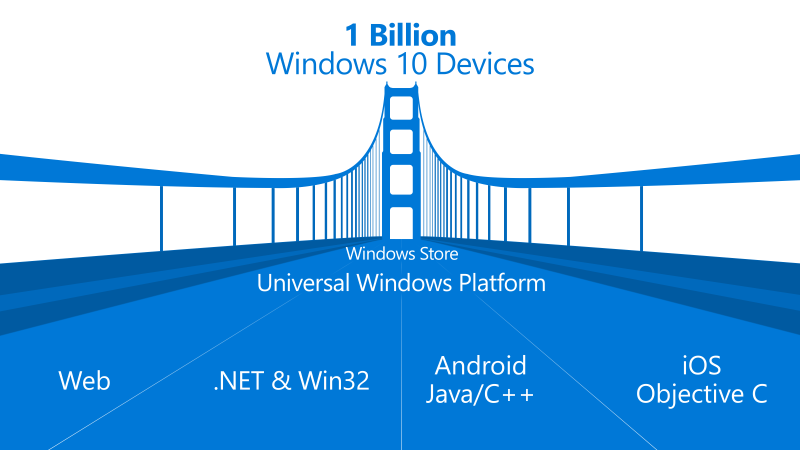 For a long time now, Microsoft has been exploring various ways of offering Android apps on Windows and Windows Phone, including by way of an emulator, similar to how BlackBerry allows Android apps to run on its devices. Today, Myerson finally pulled back the curtain on the company’s plan. 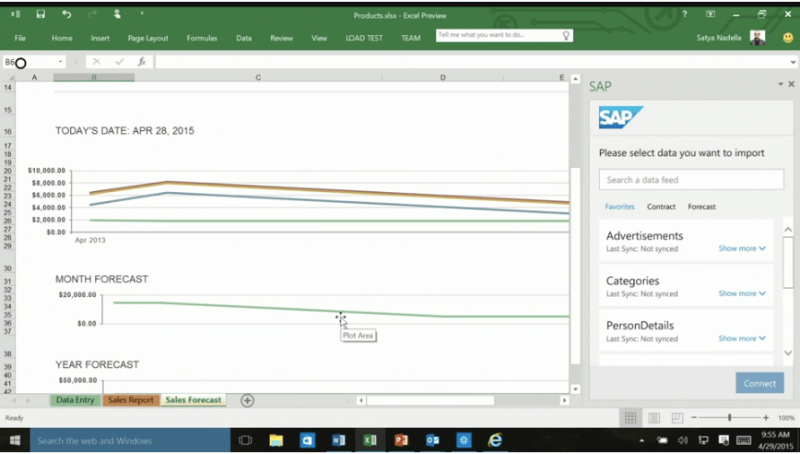 Rob Lefferts, general manager of Office extensibility at Microsoft, previewed a new application programming interface (API) that will allow developers to get data out of multiple Microsoft Office apps. Above is an integration between Microsoft Excel and an enterprise application from SAP. Lefferts also demoed Uber’s application inside of Microsoft Exchange. 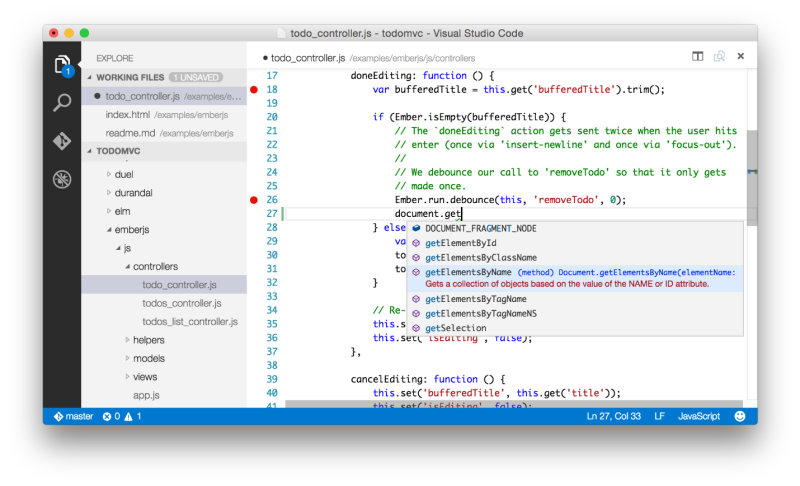 Today Microsoft made the release candidate available for the upcoming app-building software Visual Studio 2015, five months after issuing a preview. 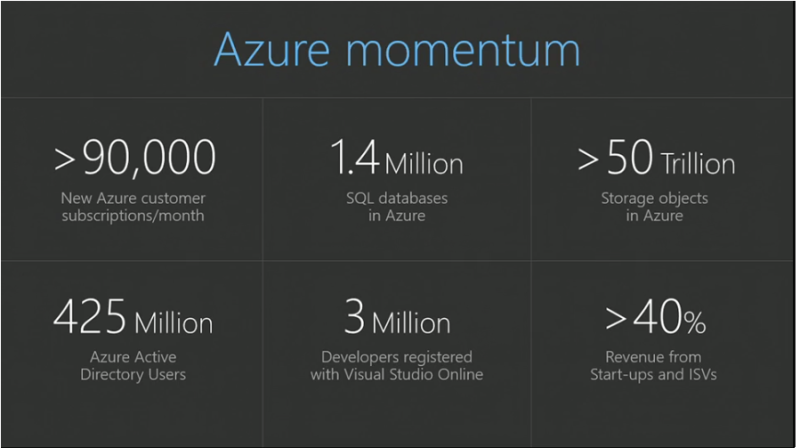 Today saw the release of a few new services for working with data in Microsoft’s Azure public cloud, plus some useful enhancements to its existing Azure SQL Database service.

At its Build 2015 developer conference today, Microsoft took the first step in releasing a cross-platform version of .NET, the company’s software framework that primarily runs on Windows. The company has released a preview of the .NET Core runtime distribution for Mac and Linux.

Microsoft also announced the availability of the full .NET Framework 4.6 RC and the .NET Core 5 Beta 4. The bigger story is that Microsoft is finally delivering on its vision to let developers build cloud applications on multiple platforms using .NET. While .NET Core OS X and Linux is implemented and supported by Microsoft, it is developed under an open-source license. 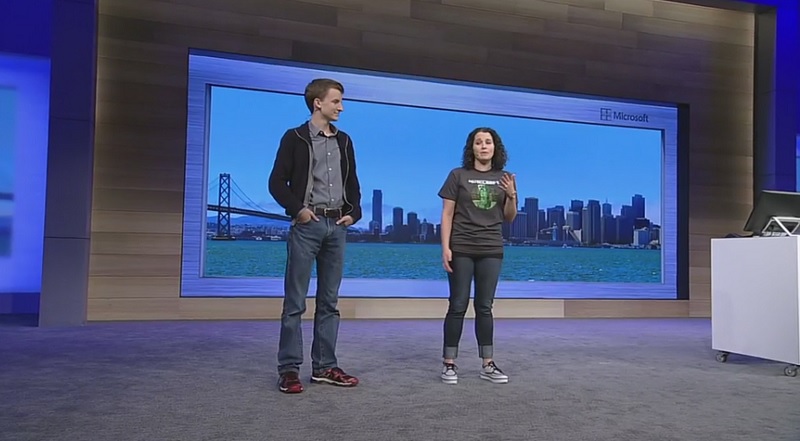 Above: Aiden Brady, left, is a star modder for Minecraft. He introduced a new modding tool for the game at Build.

On day two, Microsoft announced that users will be able to “mod” their Minecraft using an easy-to-use tool in its Visual Studio programming software.

Aidan Brady, a 17-year-old high-school student, showed off the tool for modifying the game on stage at Microsoft’s Build conference in San Francisco. The Minecraft modding tool is an add-in for Visual Studio that lets you change the basic functions in the enormously popular Minecraft world-building game, which Microsoft bought last year with the $2.5 billion acquisition of Mojang.

The Minecraft mod tool lets you create your own mods or use templates that have been created by other modders, said Briana Roberts, Microsoft Student Experiences lead, during the appearance on stage. 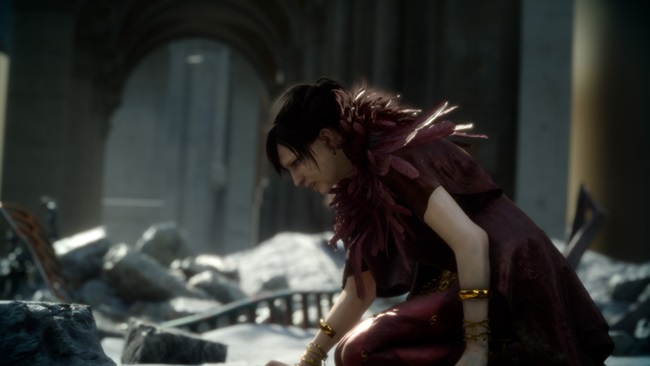 As Nvidia noted, tech demos often end in tears. But that was the whole point in a demonstration today at the Microsoft Build 2015 developer conference. Developers created a close-up animation of a crying woman’s face that will have you wondering if it’s real. For the 3D print enthusiasts out there, Steve Guggenheimer, Microsoft vice president of developer and platform evangelism, some exciting new features in Windows 10. More specifically, Autodesk Spark is being integrated into Microsoft’s latest and greatest operating system.

Spark is a platform for building 3D printing software, hardware, materials, and services. Adding it to Windows 10 is a big win for Autodesk.

Microsoft’s face-recognition app How Old gets everyone’s age wrong, turns into a meme 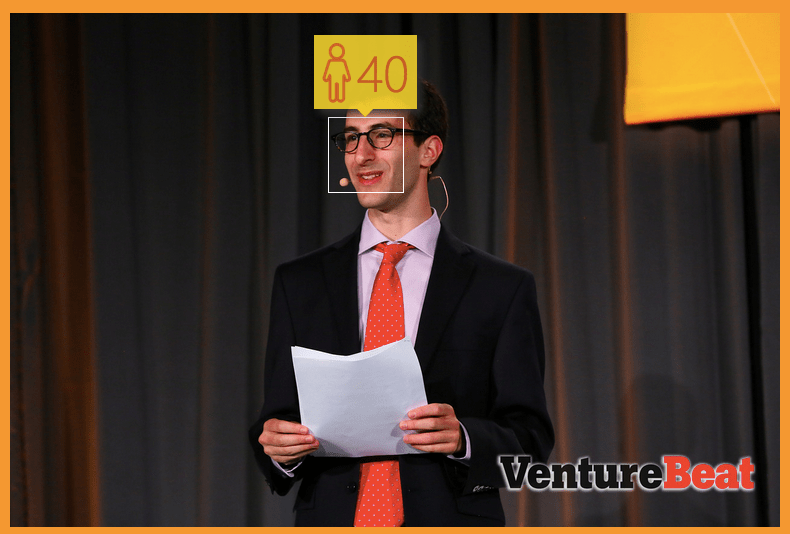 What conference is complete without a meme? Just after Microsoft’s demonstration of an website call how-old.net, Twitter was awash with selfies, boxes hovering over their faces featuring age estimations. The demo was supposed to prove the app’s face-recognition savvy, but unfortunately many of the suggestions were quite wrong.

That’s all for today. Be sure to join us for the next Microsoft Build developer conference.