On September 26 this year, Google announced that roughly a month before, they had silently replaced their core algorithm. The new algo, going by the name Hummingbird, was designed for the new, mobile age. Built to interpret “conversational” search queries, and supposedly to look for meanings over keywords, Hummingbird signaled a new direction for the search engine.

For marketers hoping to leverage the visibility that Google can bring, this was mixed news. What are search engine optimizers supposed to optimize for, if not for keywords? Was Google pressuring small businesses and start ups to turn to AdWords instead of SEO? That message seemed particularly on-point, considering that just a few days before, Google announced that they would shut off all keyword data to webmasters. 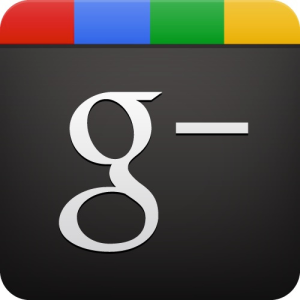 For SEOs, the change should hardly have been unexpected. For the past two years, Google had been revamping its algorithm with external “Panda” and “Penguin” updates, designed to target low quality and spammy search results. Over and over, companies were discovering that Google didn’t view search engine manipulation as a legitimate form of marketing.

So that’s it, right? Search engines are just too volatile. Gaming them is a dangerous gamble. Expecting free traffic is a bad business model. Let’s pick up our bags and do some real marketing, am I right guys?

Let’s talk about why, and what you can do about that.

The Little Startup That Couldn’t

In 2009, an ambitious startup co-founder named Mark Goldenson shared a story with VentureBeat. It was a story of failure.

Goldenson and Dev Nag hoped to create an interactive online TV network called PlayCafe. Users would answer questions, win prizes, and run their own games. It would become a series of game shows that everybody took part in. Their user engagement metrics were incredible. Users stayed onboard an average of 87 minutes, and nearly half would return every week.

Yet PlayCafe was a failure. They never reached a wide enough audience. Goldenson cited marketing as their biggest pitfall, including SEO specifically. 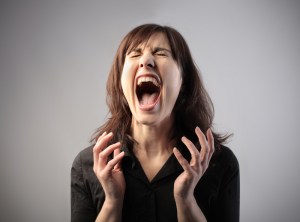 Mark Goldenson is now CEO of Breakthrough, an app that links patients with mental health experts, and one that raised $5 million in series A funding. Not surprisingly, it turns up on the front page of Google when you search for “online counseling” or “online therapy.”

I’m not arguing that Breakthrough is a success because it shows up in Google for these terms. I am, however, arguing that if it didn’t show up by now, it probably wouldn’t have much of a future.

According to research conducted by Fleishman-Hillard, 89 percent of consumers turn to search engines to find information about products, services, or businesses before they open their wallet. With a smartphone in every pocket, that number is growing, and it’s influencing the way that people shop, even as they walk through physical stores.

But turning up in Google isn’t just a way to reach consumers before they make a purchase. In many cases, it’s also a sign that your long term marketing strategies are working. Google measures links from sites as an indication of your authority, and it takes links from major media outlets far more seriously than it takes links from no-name sites. Furthermore, Google factors in the influence of user search behavior, clicks, and so on, to determine whether your site deserves to show up near the top of their results.

Hummingbird, the new engine under Google’s hood, takes this one step further. By attempting to interpret the meaning behind search queries, Google is ultimately sending more users away from small sites with keyword-targeted titles, and toward big sites with engaged audiences, media appeal, and repeat traffic.

In other words, Google rankings today are a chicken-and-the-egg phenomenon. Whether the rankings come first or last, if they don’t come at all, you’re probably going to lose.

Moz, an SEO tool company, has one of the largest web indexes owned by a company other than a search engine. Sporting 7 Billion domains and 109 Billion pages, Moz analyzes the links between these pages, along with other factors, to help SEOs orchestrate and measure their campaigns.

Leveraging this data, they publicly offer up a list of the top 500 most linked-to domains on the web. A quick look at the top ten is revealing:

If there’s one thing everybody preaches in SEO, it’s this: “content is king.” Well, take another look at the top ten domains. I don’t see the New York Times. I don’t see Cracked or Mashable.

What I see, more than anything else, is pragmatism.

These sites get linked to because they’re useful. They empower people. They’re worth talking about. And boy do they get talked about. These sites frequent the media outlets on a daily basis. In fact, nobody can seem to afford not to talk about them.

Don’t get us wrong. We love content. But we love it because, when it’s at its best, it’s useful.

Successful SEO starts with being useful. If you’re useful, the search engines will always have an incentive to keep you visible in their results. It makes Google useful, by proxy.

Of course, it doesn’t stop there. Google isn’t sentient. It needs user behavior data, it needs relevance cues, and above all else, it needs links. But you can’t game the algorithm if you hope to be a long-term success. Long term success demands an SEO strategy designed to be worth the effort, even if your search engine traffic never improved.

To claim that there’s nothing more to SEO than this would be idiocy, but if you master these essentials, you will succeed. If you’re useful, you focus on promotional link building, you keep your audience, you win over influencers, and you understand how to match the right audience with the right subject matter, you can’t fail.

It’s a failure to master these basics, to over-think and underperform, that dooms startups to obscurity.

Manish Dudharejia is the co-founder of e-marketing firm E2M Solutions. He has 6+ yrs. of hands-on experience in implementing innovative Internet marketing strategies for the projects he worked for. He loves to work with technology startups that have new concepts and to help them enhance their concept and market it to a wider audience.