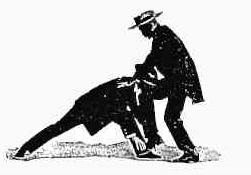 When the stock market goes into the dumps, it takes a while for the effects to trickle down to start-ups. That’s because start-ups are often are working away on a project that’s isolated from the larger market — and if they’re lucky, they have money from venture capitalists.

For the start-ups with no angel or VC backing, forget about raising money. They’re going to have trouble immediately. VCs are paying too much attention to their existing companies. But what about those lucky ones — those who already have a venture backer? The conventional wisdom is those companies will have an easier time getting money again when they need it, because VCs want to make sure the companies survive long enough so that they can earn a profit on the investment.

But it comes at a price. When the entrepreneur returns to the VC, an epic battle ensues over valuations. In a climate of fear, the power pendulum swings back to the VCs. The VC knows that an entrepreneur won’t be as likely to get money elsewhere, so he plays hardball. The entrepreneur is more ready to cave in on the valuation. That means when a VC gives the entrepreneur money, the VC can claim more ownership of the company with a given amount of investment (because the company is worth less.) Tension rises, and boardroom fights begin. I saw it all unfold last time, when I started covering venture capital in 2001.

Let’s take a look at the valuations of start-ups during the last boom, and how they trended in subsequent years. The National Venture Capital Association‘s statistics are about as good as we’re going to get. They aren’t perfect, because they rely on valuations as voluntarily provided by the NVCA’s member venture capital firms, so the sample size may be too small to be completely reliable. But with that caveat, they do show that from 2000 through 2003, valuations fell pretty hard. You can see it took a while for the valuations to hit bottom, even though the market crash took place in mid 2000.

What does that mean for today? Well, the market’s crash these past two weeks is too fresh to have worked itself through the system. Companies are in the middle of tension-filled negotiations with their venture backers, but we don’t have any stats yet.

Now lets take a look at some recent valuations at one of the most aggressive venture capital firms in Silicon Valley: New Enterprise Associates. That firm has demonstrated how it has offered very rosy terms to entrepreneurs in recent years, bidding up value levels of companies like SolFocus and SugarCRM by offering large amounts of cash for relatively small ownership stakes. It did so because it believed: 1) the deals were competitive and NEA wanted to participate, and so outbid other venture firms to do so, and 2) because it has more money than other venture firms, and so was mandated to put its money to work.

That’s a decent strategy when you’ve got a robust economy. But when the market turns negative, NEA will have difficulty justifying these valuations. They and other investors are more likely to negotiate tougher. In some cases, the dreaded “down round” will emerge, which is where a VC invests at a valuation lower than the company’s previous ones — a particularly brutal snub because it suggests the company has lost value since it raised its last round.

NEA is the leading VC firms this year (so far) in the amount invested. The firm is second in the total number of deals (again, so far this year) to Draper Fisher Jurvetson. I don’t mean to pick on NEA. But the folks at PE Data Center have provided three examples of the firm’s investments, and they’re good for illustrative purposes:

SiBeam (formerly Silicon Microwave Systems) — The Sunnyvale, Calif. company is a developer of chips for the wireless industry. In March, the company closed a third round of funding (Series C) totaling approximately $40 million, alongside U.S. Venture Partners and Foundation Capital. The post-money valuation was $138 million, or exactly in line with the most recent average valuation of late-stage private companies, as provided by the NVCA (see chart). However, as you can see from the last boom-bust, late stage valuations came down significantly. That’s not to say we’re going to see exactly the same scenario play out this time (last time, it was a tech bust, this time it is a credit bust, and companies are generally on much sounder footing). But with the market closed for new IPOs and companies slamming the breaks on acquisitions (they feel poorer, because their lower stock prices are their main currency), there’s no doubt that late-stage companies are going to get seriously slammed on the valuation side if they raise money this year.

CVRx —  The Minneapolis, Minnesota, company develops implantable devices designed to control hypertension. The company has raised several rounds of financing and New Enterprise Associates has participated in all of them. Other investors in the company include ABS Ventures, Kearny Venture Partners, SightLine Partners, and InterWest Partners. The company raised a third round $30 million in May 2006, at a valuation of $95 million, and then raised $65 million fourth round in April 2007 at a valuation of $267 million, and then a fifth round of $84 million in July year at a valuation of $424M valuation. Needless to say, those recent valuations are extremely high. Who knows, the company may be good enough to justify it. But expect them to come down, especially in light of the general decline in valuations for the health-care sector in general (see the chart below, courtesy of Dow Jones VentureSource).

DreamFactory Software — The Mountain View, Calif. company offers on-demand software, and raised a first round of $5.8 million at post-money valuation of $16 million in 2006. Then it raised $3 million more in March 2008, at a post valuation of $24 million. New Enterprise Associates led both rounds financing. As you can see from the charts, the valuations of the earlier rounds didn’t drop as significantly during the last bust. Earlier stage companies will have it slightly easier than later stage private companies. They’re more protected from the market, because they’re not searching for an IPO just yet. However, that’s not to say that investors won’t fight to hard to lower valuations even at this level.

Third quarter statistics on valuations won’t be out for another couple of months. And even then, those stats won’t reflect what happened in the current fourth quarter, which is when the real pain will be felt.  It may be next year before we can give a serious assessment of the true fallout for start-ups. Expect to see more companies go out of business too, as VCs in some cases decide not to invest at all.

Sarah Lacy has some interesting thoughts on the future of the VC industry, by the way.