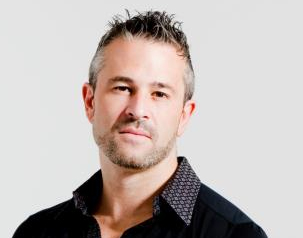 When Fab.com won a Crunchie for best shopping app, no one was more surprised than the startup’s CEO, Jason Goldberg (pictured).

“To be honest, I didn’t think we were going to win, mostly because Fab isn’t very much integrated into the whole tech scene… We’re definitely mainstream.”

Being mainstream can be both a blessing and a curse for a tech startup. Massive numbers of users outside the Silicon Valley bubble doesn’t necessarily translate well when you’re fundraising, for example, or trying to get advisors or engineers on your team.

“That said, it’s nice to win,” said Goldberg in an email conversation with VentureBeat. “We hope that we won because people truly like our Fab website and apps and the products we sell. We hope it’s authentic. We strive to be authentic in everything we do.”

Still, Fab.com’s bread and butter — and there’s plenty of bread and butter to go around at the revenue-happy startup — comes from a much more general audience that’s growing like corn in Kansas.

“The way people have taken to Fab is truly incredible and humbling,” said Goldberg. “There seems to be a movement around it — a groundswell — that we could have never anticipated.”

Goldberg’s not the only one who is impressed and pleased with the startup’s insane growth rate. Investor Pravin Vazirani from Menlo Ventures is a Fab board member.

“Fab.com is one of the fastest growing companies we’ve ever seen, not just compared to other Menlo Ventures portfolio companies, but e-commerce companies in general,” he told VentureBeat this morning.

“They’ve obviously struck a chord with consumers and are capitalizing on that in a major way.”

Goldberg revealed that just after passing its seventh full month of online sales, the startup has 2 million members and has grown by 450,000 new shoppers within the past 30 days. Sales volume and average order value are also on the rise.

While the growth rate has astounded Vazirani, so has the young company’s ability to crank out new features. “The iPad app was launched in record time, and now accounts for a significant portion of sales,” he said.

Of course, we had to ask Goldberg what’s coming next for the startup.

“We’ve got so much in the works it’s exhausting,” he told us. “Fun, but exhausting. As we’re known for, we’ll be launching a flurry of new features and enhancements the next few weeks. We have no less than three really big announcements already in the works for February alone. It’s going to be a busy Fab month.”

And you can expect Fab.com to announce more funding in the future, as well. Goldberg said the company would continue to take funding in order to keep up its rapid growth, and Vazirani said Menlo would “absolutely” be participating in future rounds.

“Our scale in mind is Amazon-size scale, so, yes, we’ll raise more money in the future,” Goldberg said. “Amazon raised billions to be what it is today. We have Amazon-size ambitions to deliver great design options to people everywhere across all categories at all price points.”

We asked Vazirani, who has seen many, many startup comes and go, if he thought the Amazon-scale aspirations were reasonable for a company barely a year old.

“All indications are that it is realistic,” he said. “Jason is the type of CEO that consistently overdelivers on expectations.”