NEW YORK CITY — “Pivot” tends to be a dirty world in the tech world. When companies pivot, it’s usually because they messed up somewhere, and they tend not to hold press events flaunting their shift in focus.

Fab, however, isn’t like most companies. What began as Fabulis, a social network for gay men, has rapidly turned into one of the biggest e-commerce sites around. And, somehow, Fab isn’t content with that success: The company announced today that’s pivoting away from the world of flash sales to become something very different but far more interesting: it’s very own design store.

“We want to build something really massive — like at an Ikea scale. We think we can create the Ikea or Amazon of design,” Fab CEO Jason Goldberg said at Fab’s New York City headquarters yesterday.

To push this new strategy, Fab has revamped the design and structure of its online store and apps, all of which are now focused on distinct product verticals like “Art”, “Vintage”, “Jewelry” and “Men.” (As Goldberg would say, it’s Amazon with a soul.)

The new Fab is also particularly friendly to e-window shoppers, who can browse the site’s new designer pages and exclusive product listings. Fab has also improved the power of its search engine, which is built so that users are at most two or three clicks from finding what they’re looking for.

Welcome to the store-ification of Fab. 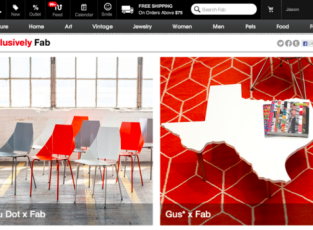 Above: The new Fab will heavily push the site exclusive products.

It goes deeper. Alongside the redesign, Fab also announced its purchase of Massivkonzept, a German bespoke furniture company whose acquisition ties in with another one of Fab’s new grand ambitions: to carve its own chunk out of the online customizable furniture business. “Online furniture retail is ripe for disruption. We think it’s possible to bring fun, modern, quirky products to people on a large scale,” Goldberg said.

With the acquisition of Massivkonzept, Fab also announced that it’s building its first retail store in Hamburg, Germany. Unsurprisingly, the company’s brick-and-mortar goals are no less ambitious than its online ones. “We’re going to reinvent, we’re going to disrupt, we’re going to re-imagine what retail can be,” said Goldberg, who revealed that Fab also plans to open more retail locations this year.

This is all really tough to take in. But as sudden as it all seems from the outside, Fab’s pivot has actually been over a year in the making. “In January 2012, we said that if we wanted to get to where we wanted to, we had to change the course of our business. Our pivot has been slow — but is indeed a pivot,” Goldberg told me.

But while Fab seems to be pulling this pivot off pretty well so far, Goldberg was quick to agree that running a store is very different from running a flash sales site. Suddenly, you find yourself worrying about things like building warehouses, managing inventory, and offering exclusive products that people actually care about. And none of that’s particularly easy.

One thing that Fab did not talk about, however, was its rumored round of funding, which was valued as high as $ 1 billion. “We’re overwhelmed by investor interest in Fab. What we’re looking for in terms of investors are people who can to help us spread this brand and take it all around the world, ” said Goldberg, asking reporters to “stay tuned” for future announcements on the subject.

“We’re in this for the long term,” he added. 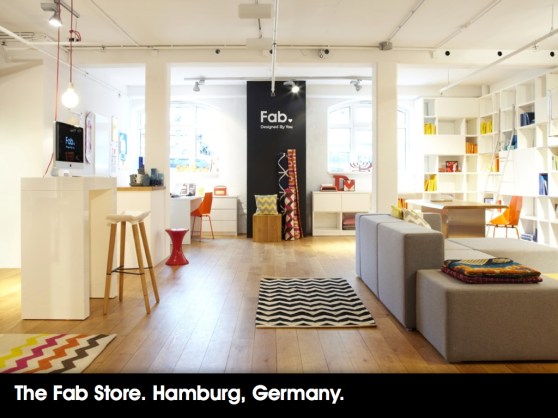