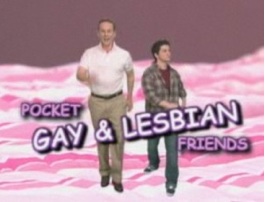 The Big Gay Sketch Show, a popular variety series on Viacom’s gay-themed logo channel, debuted in 2007 with a sketch about “Your Pocket Gay Friend.” Now, two gay social networks are making the notion of the gay-world-in-your-pocket a reality with iPhone apps.

The founders of Fabulis and GayCities, as we’ve reported, are both aiming to build social networks that help gay people find friends both at home and on trips. Fabulis has just launched its iPhone app, which focuses on finding events and members nearby. GayCities has had an app since last year, but has revamped it twice to add location check-ins and friend-finding. 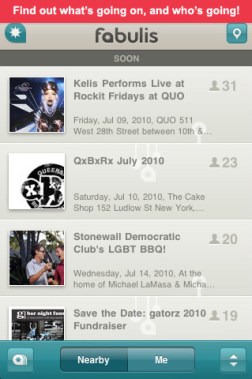 GayCities CEO Scott Gatz told VentureBeat that his app has seen 225,000 total downloads, putting it second in the iTunes App Store’s gay and lesbian category to Grindr, a racy “date” finder popular with gay men. Users have checked into locations in 161 cities across 25 countries — including Baghdad, said Gatz. His startup is recording a small profit, with advertisers like Hyatt returning for more campaigns.

Fabulis CEO Jason Goldberg said his app has seen “several thousand” downloads since its launch over the weekend, and the app already accounts for 20 percent of visits to his site. His well-designed site, which feels more like a social game than an events site, has attracted investments from well-known figures in the gay world like GeoCities founder David Bohnett.

Publicly, Goldberg and Gatz have nothing but compliments about their rival sites, depicting them as part of a movement to satisfy a generation of gay and lesbian consumers that’s embracing social and mobile media and looking for experiences that aren’t all about hooking up. But it’s clear from looking at their constantly revised sites and apps that they’re carefully watching each other’s development and pushing their products forward. 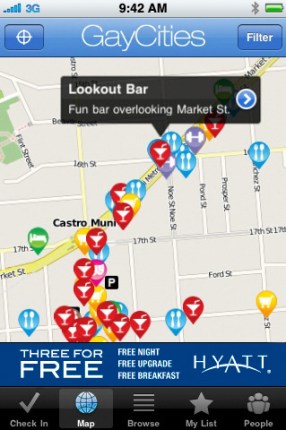 That kind of cordial rivalry — where energy goes into invention, not infighting — is laudable, and bodes well for consumers. With Facebook clearly dominating the mainstream social-networking space, specialized networks like Fabulis and GayCities are the ones to watch for new ideas. Think of them as your pocket gay innovators.