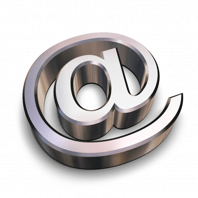 Facebook is taking cues from Twitter’s playbook by supporting the ‘@’ symbol when you want to tag friends in a status update or post.

The symbol has been part of Twitter’s grammar for a long time. When you want to say something publicly to someone, or to include a link to their profile in your tweet, you put an ‘@’ symbol in front of their username. (Example: “Having a drink with @paulboutin.”)

Now Facebook is adopting that idea — when you identify a friend in a status update, they’ll receive a notification and the status change will appear on the wall in their profiles. If it’s too embarrassing, they can also untag themselves from the status update. Facebook says it’s rolling out the feature over the next few weeks.

It’s another example of how both social networks are learning organically from their communities. This was not something in the roadmap necessarily — it was a behavior that evolved among Twitter users that Facebook eventually decided to adopt. Twitter has learned from its community too: It recently moved to support retweets, which are a way of sharing tweets that you like.