Facebook has announced its cryptocurrency Libra and a global association of organizations that will govern it. The company also announced Calibra, a new subsidiary that will build a digital wallet for Messenger, WhatsApp, and a standalone app on iOS and Android.

The move, which has been expected for a while, represents a big endorsement for cryptocurrency and the underlying technology of blockchain, which is a secure, transparent, and decentralized digital ledger. Blockchain provides a trusted accounting system to enable cryptocurrency transactions, and Facebook hopes to use it to empower billions of people to use a simple global currency.

But most people still don’t know what cryptocurrency is, nor do they trust it as a currency. Facebook is stepping into the space to lend its legitimacy to the effort with its own cryptocurrency, said Scott Carlson, head of blockchain security at Kudelski Security, in an interview with VentureBeat.

In anticipation of the rumored launch, Facebook’s stock rose 4.2% on Monday. The price of Bitcoin, meanwhile, has also been rising, hitting $9,154 today, or about half of its high point in December 2017. 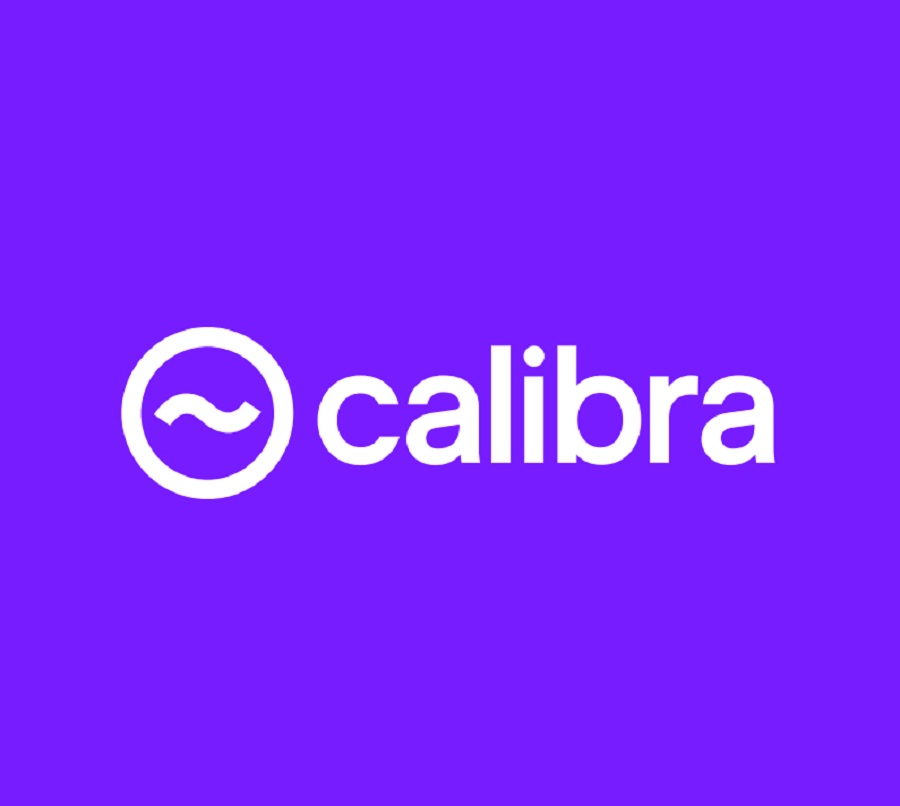 Above: Calibra is a new Facebook subsidiary that will make a digital wallet.

Trust is vital, Carlson said, because you will have to not only trust Facebook to keep your social data safe, you’re going to have to trust it to be hack-free. If someone hacks your account, they could steal your cryptocurrency. That’s a somewhat common occurrence these days, so Facebook will have to be extremely disciplined to make sure it doesn’t happen.

This could be a tough sell for consumers, as Facebook acknowledged in April that it could face fines of up to $5 billion to settle a Federal Trade Commission inquiry into its data privacy practices.

On top of creating Libra, Facebook has formed a new subsidiary, dubbed Calibra, which will build financial services for Libra, starting with a digital wallet that will be available in Messenger, WhatsApp, and as a standalone app.

Facebook said Libra will be built on a secure, scalable, and reliable blockchain and will be backed by a reserve of assets designed to give it intrinsic value. It will also be governed by the independent Libra Association, which was formed to manage and evolve this new ecosystem.

“Libra holds the potential to provide billions of people around the world with access to a more inclusive, more open financial ecosystem. We look forward to participating in the Libra network as a founding member, as well as through providing our community with access to Libra through Calibra,” said Calibra head David Marcus in a statement. “We know the journey is just beginning, but together we can achieve Libra’s mission to create a simple global currency and financial infrastructure that will empower billions of people.”

The company said that the advent of the internet and mobile broadband has empowered billions of people globally to access to the world’s knowledge and information, high-fidelity communications, and a wide range of lower-cost, more convenient services. These services are now accessible using a $40 smartphone from almost anywhere in the world. 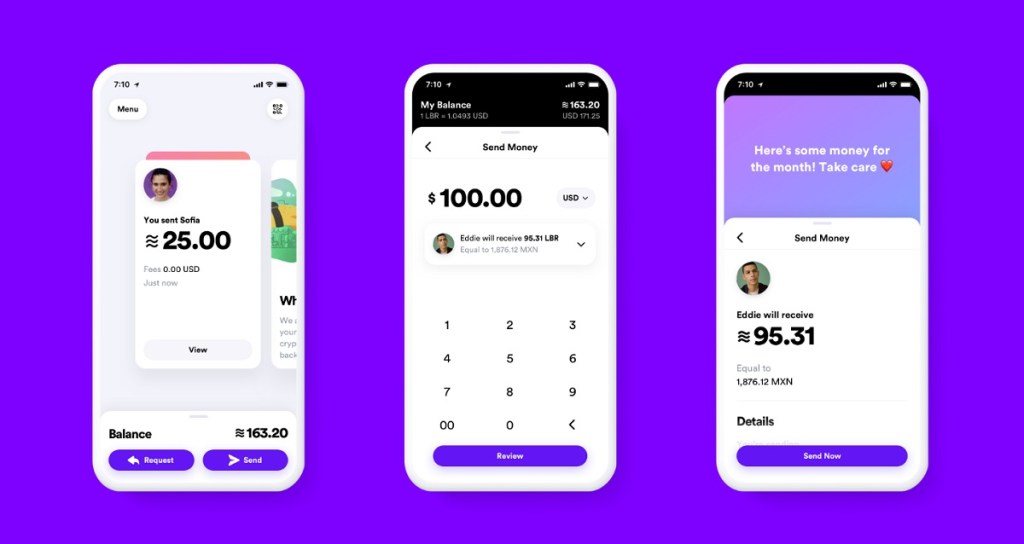 Despite this progress, Facebook said that large swaths of the world’s population are still left behind: 1.7 billion adults globally remain outside of the financial system with no access to a traditional bank, even though 1 billion have a mobile phone, according to the World Bank.

Blockchain and cryptocurrencies have a number of unique properties — they are decentralized, globally accessible, low cost, and safe. But the existing blockchain systems have yet to reach mainstream adoption.

Mass-market usage of existing blockchains and cryptocurrencies has been hindered by their volatility and lack of scalability. Some projects have also aimed to disrupt the existing system and bypass regulation, as opposed to innovating on compliance and regulatory fronts to improve the effectiveness of anti-money laundering efforts.

Facebook said it believes collaborating and innovating with the financial sector, including regulators and experts across a variety of industries, is the only way to ensure that a sustainable, secure, and trusted framework underpins the new system. And it sees this approach as a giant leap toward a lower-cost, more accessible, more connected global financial system. 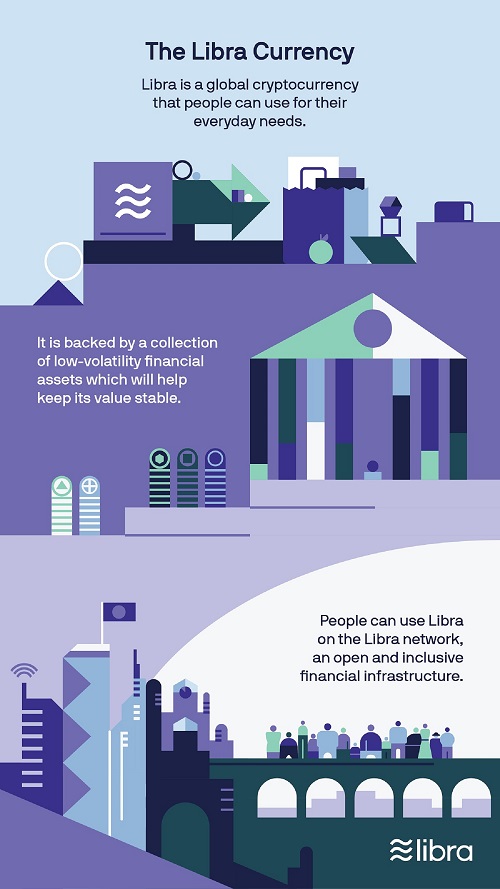 The company said the Libra Blockchain has been built from the ground up to prioritize scalability, security, and reliability, as well as the flexibility required to evolve over time. And the Libra Reserve , a reserve of real assets that will back the Libra currency, provides low volatility, wide global acceptance, and fungibility.

As for Calibra, its first product will be the digital wallet for Libra, launching in 2020, that will make it easier to save, send, and spend money. Facebook said that 70% of small businesses in developing countries lack access to credit, and $25 billion is lost by migrants every year through remittance fees. Of course, Calibra will be part of Facebook’s ecosystem, and the ecosystem of its partners.

Facebook said that Calibra will let you send Libra to almost anyone with a smartphone, as easily and instantly as you might send a text message and at low to no cost. In time, the company hopes to offer additional services for people and businesses, such as the ability to pay bills with the push of a button, buy a cup of coffee with the scan of a code, or ride your local public transit without needing to carry cash or a metro pass.

Facebook has created a whitepaper to describe the Libra cryptocurrency. The association will consist of geographically distributed and diverse businesses, nonprofit and multilateral organizations, and academic institutions.

While 31% of the world’s adult population has no access to a bank account or mobile money, the problem also hits home in the U.S., where 8.4 million households with 14.1 million adults and 6.4 million children are unbanked, according to a 2017 survey by the Federal Deposit Insurance Corp. Women are disproportionately excluded, according to the Gates Foundation. 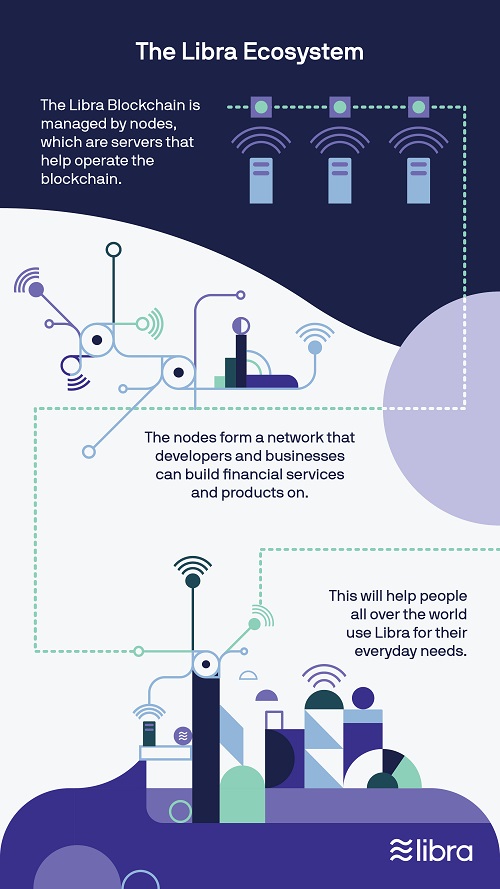 And $3.7 trillion (or 6%) of GDP could be added to the economies of developing countries by 2025 through the widespread adoption and use of digital financial services, according to a 2016 report by the McKinsey Global Institute. A total of $613 billion was sent globally across borders in 2017, with $466 billion going to low- and middle-income countries, according to the World Bank.

On average, the cost to send $200 across borders is 7.1%. This fee is generally higher in developing nations; for instance, the cost is 9.4% in Sub-Saharan Africa, according to the KNOMAD 2018 Migration and Development Brief.

While Facebook said it will ensure privacy for its cryptocurrency network, the company will share performance data with other third-party companies, after anonymizing the data. Calibra will comply with laws, secure customers’ accounts, mitigate risk, and prevent criminal activity.

“Tomorrow’s innovation may just be an idea today. We are committed to ensur[ing] that the ‘Internet of Everything’ comes with the inclusion of everyone. By activating partnerships to explore, co-create, and test new ideas, we can cultivate ideas to make inclusion a reality sooner than some may think. This effort embraces that spirit,” said Jorn Lambert, executive vice president of digital solutions at Mastercard, in a statement.