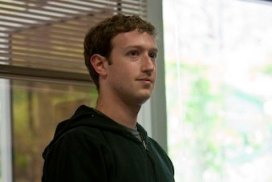 Sometime next year, Facebook’s billionth customer will sign up, CEO Mark Zuckerberg told an audience at the Cannes Lions International Advertising Festival in the south of France.

British newspaper the Guardian reported that Zuckerberg said there was “no chance” of hitting the one billion mark this year, but “it is almost a guarantee that it will happen.”

Despite the widespread complaining about Facebook’s personal privacy controls, the social network is still growing. The rate of new user signups has slowed, Zuckberg told Inside Facebook in a separate interview. “It still does at a super-linear rate, though not quite 3% a week anymore.”

Facebook’s most likely expansion will come from outside the United States, where Facebook isn’t such a widespread phenomenon. Zuckerberg claimed that in Russia, there are only a million users, but that number is doubling every six months. Most important, he said, foreign users are beginning to befriend their real-life friends and local people, rather than connecting with a bunch of Americans. That switch to local poking, say Facebookers, is the sign that the network has caught fire over there.

Is there a secret to Facebook’s success? Author David Kirkpatrick, whose book The Facebook Effect is one of the hottest business books in a while, told attendees at a book-signing event last night that over many interviews and dinners with Zuckerberg, he came to see that “Mark is a believer in the transformative power of transparency.”