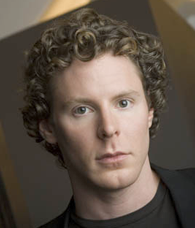 Facebook is “one hundred percent” buying Plaxo, we’ve just heard from a source.

This follows a rumor previously published by Valleywag asserting that such a deal is underway.

While these types of rumors should be taken with more than a grain of salt, others have reported hearing that Plaxo is for sale: Some have said Plaxo is looking for a price of $100 million and others that it has received an unsolicited offer of $200 million. Facebook, meanwhile could stand to gain a lot through Plaxo, as separate, inside sources have pointed out to me.

Also, Facebook may be inching towards Plaxo’s (and others’) vision of letting users freely import and export their data from any site, including social networks like Facebook, we’re told. Of course, there is a fascinating personal drama around the two companies, and a shared vision, both involving Plaxo cofounder and early Facebook president Sean Parker (pictured, above).

The positive: Technology and vision

Palo Alto, Calif.-based Facebook could combine its social networking data with Plaxo’s large set of contact information. Both, broadly, want to connect you with who you know.

Mountain View, Calif.-based Plaxo could help Facebook gather data through its large user base, and through its plugins for email programs Microsoft Outlook, Mac Mail, and Thunderbird as well as a plugin for instant message service AIM, among others. Plaxo has developed technology to sync contacts through its home web site and its plugins, to create a sort of universal address book. It has also developed native mobile syncing technology for Windows Mobile and other mobile operating systems. Syncing between all of these different services is a very hard problem — that Plaxo has solved.

So, if the sale goes through as rumored, imagine your Facebook data starting to appear in all of these plugins. For example, imagine seeing Facebook’s information about your friends — their profile information, etc… — with Plaxo’s plugin.

Also, there are certain similarities between Facebook’s news feed, and Plaxo’s Pulse. Facebook news feed shows you your friends actions on Facebook — and came out in 2006. Pulse came out earlier this year and lets you see your friends activities from other sites, like Twitter, Flickr and YouTube. It has apparently been growing fast (see our coverage of Pulse and competitor FriendFeed from last week).

Maybe Facebook data could start showing up in Pulse? When I covered Pulse and FriendFeed last week, as web-focused alternatives to Facebook’s news feed, a big missing piece of data was Facebook photos, FriendFeed co-founder Paul Buchheit pointed out. Facebook is the largest photo-sharing site on the web, according to Comscore.

The reality is that Facebook is going to coexist alongside the rest of the web — people will also continue to use other photos services — so perhaps Facebook wants a way to easily exchange massive amounts of user information between it and these other services.

Imagine, as well, more data from the web coming into Facebook’s news feeds. In an interview, Parker recently reiterated the vision of Facebook being a social operating system. Maybe Facebook’s news feed will start incorporating data from other sites. Note: Parker currently works at The Founders Fund, which recently raised a large fund for more, mostly-web investments last month (our coverage of the funding here).

Separately, Facebook joined the DataPortability workgroup last week. The workgroup is a set of leading engineers from web companies that are working together to develop standards for easily sharing user data between sites. I was skeptical about the significance of this news at the time, as many such workgroups and industry collaborations go nowhere, and it wasn’t clear to me that Facebook actually planned to let users export data. Now, I have to admit the possibility sounds a little more likely.

Plaxo has positioned itself as a tool of choice for syncing contacts within the data portability movement. It has also aligned with Google’s Open Social application platform, that lets users build applications across sites. Among other issues, if Facebook doesn’t open up, it will have to build its own, sophisticated syncing technology itself if it wants to mesh its data with the rest of the web. And it may find itself facing a sizable set of opponents.

Also on the tech side: Facebook and Plaxo both have strong engineering cultures. In fact, Facebook has hired away a number of top Plaxo engineers.

The negative: History and valuations

Of course, it’s the two companies’ intermingled history that could put a fork in such a deal. Parker was booted from Plaxo by its investors, including Sequoia partner Michael Moritz. Then, Parker became Facebook’s visionary first president — others in the company have credited him with charting much of the company’s innovations up through today.

“Sequoia had no chance to invest [in Facebook],” Thiel explained in a previous VentureBeat article, “because of the way they mistreated him at Plaxo. He’s been treated worse than he deserved.”

There are more big caveats on the business side of any such deal, of course. Facebook is now valued at $15 billion. Meanwhile, Plaxo has been rumored to be on sale for between $100 million and $200 million. It is hard to see how Plaxo — a battle-scarred company that has been through many investment rounds and management changes — could sell to Facebook and deliver a hearty return to its founders, leading engineers and investors.

Unless, of course, the interested parties at Plaxo believe Facebook’s valuation to be accurate — and if these rumors are true.