[Update: The company has confirmed Yu’s departure. See its statement below the article. And AllThingsD reports that he’s been replaced with interim CTO and Silicon Valley veteran Peter Currie.] 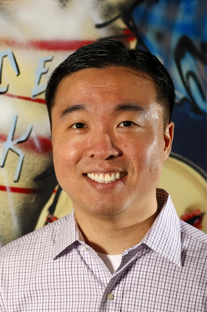 Facebook chief financial officer Gideon Yu is leaving the company, as first reported by AllThingsD and the Wall Street Journal. His departure follows a range of rumors questioning how the company is doing financially, but this news may not be related to them. Instead, it could be part of the company’s initial public offering plans — or personality conflicts.

The social network was near break-even last year at around $300 million in revenue and expects to make closer to $400 million this year, as I’ve heard from very reliable sources. Others have heard much of the same. Still, right now the site is quickly gaining more users, and its costs are increasing. What’s not fully known is how much more money Facebook might need to cover its costs. Although it told us yesterday that it has new lines of credit to help it do so and doesn’t otherwise see significant money problems.

Today, the Wall Street Journal has a source with an estimate of 70 percent revenue growth for 2009, which is surprisingly high, based on all other Facebook financial information that I’m aware of. Perhaps, as the company seems to confirm below, an experienced public company CFO would help it on its way to the stock market? Thing is, Yu was treasurer at Yahoo and then CFO at YouTube before (and for a short time after) it was bought by Google. He’s not without public company experience, even though he’s never been a public company CFO.

AllThingsD hears this is an ouster on the behest of company founder Mark Zuckerberg: “At Facebook, you’re either with Mark or you’re not… And, if you’re not, you leave.” I’m hearing something similar, which is that Yu didn’t get along with Chief Operating Officer Sheryl Sandberg. But an anonymouse source says Sandberg and Yu have been getting along better recently. So, the departure of other Facebook cofounders and executives over the last year or two — since before Sandberg joined — seems to indicate that it’s Zuckerberg calling the shots.

Anyway, this move sounds more personal than the company’s imminent financial demise or any IPO plans. Maybe it’s a mix of issues. The company’s not saying much.

Facebook confirms that CFO Gideon Yu will be leaving the company. Gideon has played an important role in helping us achieve our financial success, building a strong finance team and establishing the core financial operations of our company. We are grateful to Gideon for his contributions to Facebook and what we are trying to accomplish. Despite the poor economic climate, we are pleased that our financial performance is strong and are well positioned for the next stage of our growth.  We have retained Spencer Stuart to lead our search for a new CFO and will be looking for someone with public company experience.

Let me know if you have more details: eric (at) venturebeat (dot) com.