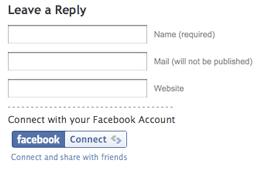 There’s a Facebook Connect plugin coming for popular blog platform WordPress, according to AllFacebook’s Nick O’Neill. It will be similar to the plugin that blog rival Six Apart showcased at Facebook’s developer conference in July. But, the WordPress plugin is apparently being developed by Facebook. Meanwhile, both Six Apart and WordPress are also trying to build their own social networks, using commenter data.

The WordPress plugin is probably intended in part as a sample for when Facebook launches Connect later this fall. Connect lets you share user information between the Facebook site and external sites; in fact, the company’s planning an event in Palo Alto tomorrow where it will help developers integrate Connect before the official launch.

The WordPress plugin would let a Facebook user sign in on the VentureBeat site, for example, then leave a comment that appears within their Facebook personal profile page and as an item on friend’s news feeds. The comment on VentureBeat currently includes the name of the user. In this version of the plugin, other Facebook information that’s available through Connect, like a user’s Facebook photo, isn’t available for display on the site. 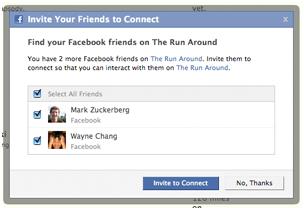 But, many blogs don’t use any third-party commenting plugins because they don’t want to give away any data about their commenters — and that’s a problem with Connect in this case. O’Neill, for example, collects the emails of people who register in case he needs to contact them later. But the WordPress plugin doesn’t currently collect email addresses, nor does it share the addresses of Facebook users with the site owner.

Certainly, there is an opportunity here for Facebook to share more user data to other sites — especially those using Connect.

Meanwhile, what about blogs that already use third-party plugins, like Intense Debate and Disqus? (Yeah, we use the latter.) Both services give commenters a distinct profile they can use across any blog that has their plugin installed. Both offer a range of other features, like threaded comments, voting and comment spam filters. One opportunity: Comments could appear within Facebook even if the blog where the comment occurred doesn’t install Connect.

In any case, the merging between commenting services (and blogs) and Facebook has already begun: Disqus’ user profile pages already show message updates that people leave on Facebook.

[Update: Developer Jesse Stay has built and open-sourced his own version of a WordPress-Connect plugin. Check it out.]