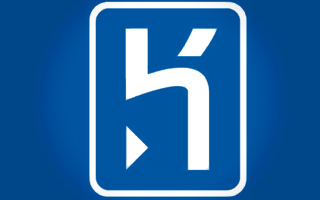 Starting today, Facebook app developers have a new way to host their apps, thanks to the social network’s collaboration with Heroku, a frontrunner in cloud hosting services.

In advance of f8, Facebook’s developer conference, which takes place next week, Heroku and Facebook have jointly released a cloud-based platform for Facebook applications.

The integration allows for simple, one-click hosting and deployment of Facebook apps on Heroku’s platform through Facebook’s Dev App.

“To me, what’s most exciting is it shows a fundamental difference in the cloud application platform model,” said Heroku CTO Adam Wiggins in an interview with VentureBeat today. “It’s not just a faster way of doing something old. It’s a new way altogether.”

For personal apps, sandbox apps, experiments or apps with a small number of users, Heroku hosting is free. As apps scale up with more database horsepower and traffic, pricing will follow the standard Heroku model.

Of course, Facebook wants to make it as easy as possible for developers to create apps using Facebook Platform. And Heroku, which was acquired late last year by Salesforce for a whopping $212 million, is always looking for more ways to increase its user base. For the two companies, the partnership is a perfect solution.

But what does this integration mean for developers?

“In general, we’ve seen that development has gotten way more agile,” said Wiggins. “Ten years ago, it would take you a year to write a software application. Now, it takes a month, a week, a day. But deployment hasn’t kept pace. It’s a stumbling block. You need to buy a server, configure it. It takes capital up front.”

However, with cloud-based models for building and scaling web apps, Wiggins said, “You can have your idea, sit down and build it in an afternoon, then click one button to get it out and running in a way that scales. It’s similar to open-source components: You don’t need to buy a license and do a bunch of work to get up and running.”

Heroku is the first of several providers who will be offering cloud services for Facebook apps from Facebook’s Dev App. With Heroku, developers can start building a new Facebook application with sample code in a few different languages. Heroku has posted some sample or template apps on Github in PHP, Ruby, Node.js and Python.

For a step-by-step on how to get started with your own Heroku-powered Facebook app, check out Facebooker Cat Lee’s instructions on Facebook’s developer blog.

Facebook and Heroku had for some time had a light partnership that Wiggins said amounted to “a package and some documentation, but there was no software integration.”

Wiggins said that a few months ago, when Facebook’s developer team was working on the aforementioned deployment stumbling block for third-party developers, Heroku immediately came to mind because of that previous partnership.

“Facebook is the world’s number one Internet company,” said Wiggins. Partnering with them is a joy regardless.”