Corrected 2/13/2014: HasOffers provides mobile analytics to its customers, but does not do monetization or sell advertising on its own. Also, we’ve removed a hypothetical example of how device-level data could be used to do individual user targeting, which was inaccurate.

According to mobile ad publication AdExchanger, Facebook has dropped mobile ad partners HasOffers and Kontagent (now part of PlayHaven Kontagent) for violating policies on holding customer data too long and failing to notify developers (advertisers) of their data collection practices.

We’re awaiting comment from Facebook, HasOffers, and Kontagent. But if it’s correct, the ban could deliver a big blow to the two companies, which depend on Facebook’s data for their mobile ad measurement information. The companies will not be allowed provide Facebook measurement or add new advertisers, according to AdExhanger. 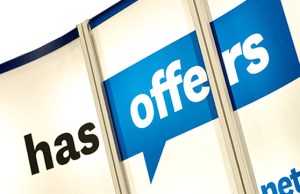 Facebook as 11 mobile marketing partners left in its program, including Apsalar, Trademob and Localytics. The companies provide an important service of attributing app installs and app-based revenue back to the exact Facebook ads.

The problem came up in a privacy audit of the marketing partners. HasOffers ran into trouble earlier for marketing “user-level attribution” to its customers, or app developers, in violation of privacy policies.

“After working with a third-party auditor to review the practices of all our mobile measurement partners, we discovered that some weren’t adhering to the terms they agreed to,” Facebook said in a statement to AdExchanger. “As a result, we’ve removed a couple of our partners from the program. We take our contracts seriously, and will continue to act swiftly anytime we find out they are being violated.”

One of the problems is the anonymous Facebook user data collected via ad campaigns could be cross-referenced with a device identifier such as Apple’s Identifier For Advertising to nail down the identities of some users. Apple has recently begun to reject some apps that don’t adhere strictly to its guidelines for IDFA. Facebook’s limits on retaining data were aimed at reducing the risk of privacy violations.

Guillaume Lelait, vice president of North America at Fetch, a mobile advertising/marketing agency, says the ban will send ripples through the mobile app industry as developers rely on Hasoffers to measure campaigns.

“A large amount of big app developers have been using Hasoffers Mobile App Tracking for attribution of all channels (including Facebook) for measurement,” Lelait said. “This is a strong approach from Facebook on its policies, but it is a clear indication of how critical mobile ad revenue is to the Facebook’s business model. The options now for Hasoffers users is to switch to an alternative tracking solution or use Mobile App Tracking along with the Facebook SDK which is installed in the majority of apps already.”

When word surfaced of the earlier user attribution problem, Peter Hamilton, the chief executive of HasOffers said in an e-mail to clients that “it recently has come to our attention that our MobileAppTracking platform was in violation of Facebook’s policies. Specifically, our MobileAppTracking platform inappropriately allowed advertisers to obtain device-level attribution and performance data. This was a mistake on our part.”