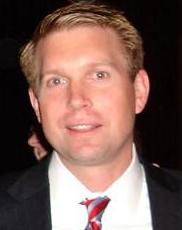 Facebook has hired Washington, D.C. lawyer Ted Ullyot to be its new general counsel. Ullyot previously held senior legal positions at AOL and was chief of staff for departed U.S. Attorney General Alberto Gonzalez in 2005. Most recently, he has been working as a partner at law firm Kirkland & Ellis.

I spoke with Ullyot on Friday about the move. His jobs at AOL and in the government gave him plenty of opportunities to explore novel and interesting legal questions, he says, but it’s the range and newness of legal issues that get him excited about this one.

Facebook has been hiring hundreds of new employees over the last couple of years, as it has grown around the world. It now has more than 100 million monthly active users, making it the world’s largest social network. As a relatively young company, it’s still building out its legal framework for dealing with everything from basic employee law questions to new contracts with business partners, user privacy issues, litigation and its legal standing in countries around the globe.

[Ullyot image via Above the Law.]