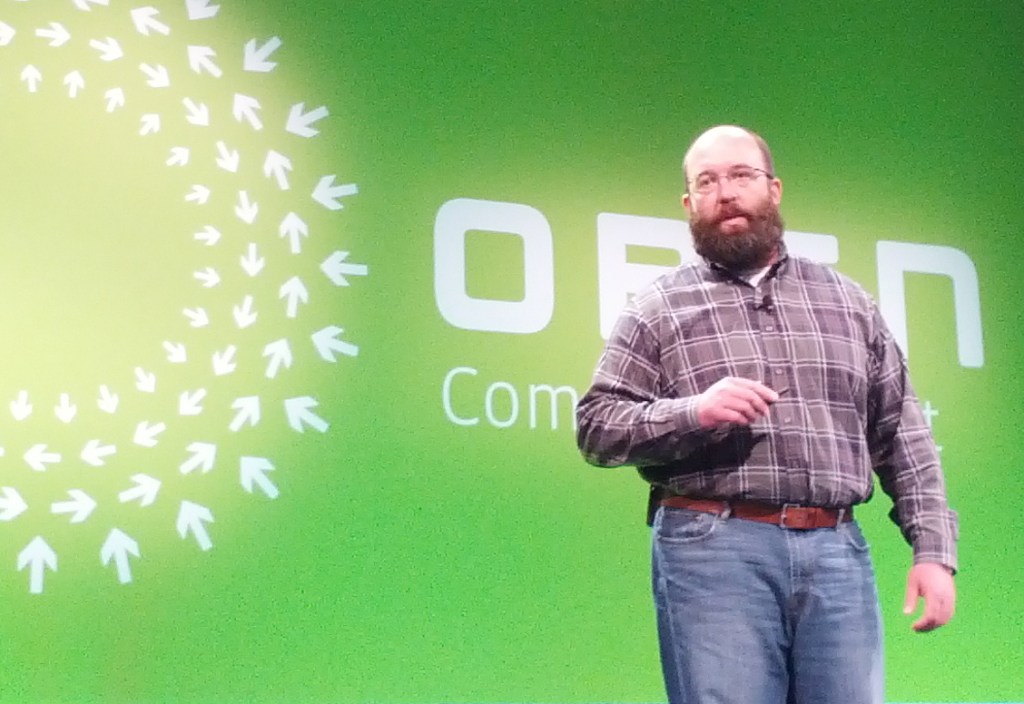 SANTA CLARA, Calif. — This morning, Facebook and a slew of big names in cloud computing and data center hardware unleashed a whole boatload of news — new hardware designs, new jobs, and new partnerships — all around the Open Compute Project.

AMD and Intel both showed off some new hardware products. Rackspace announced it has customized its own server hardware around OCP designs — and contributed its customizations back to the project. And Fusion-io was talking about its new 3.2TB ioScale card, also an OCP product.

The Open Compute Project is the Internet and hardware industries’ attempt to make computing vastly more efficient by pooling knowledge and resources. Close competitors are actually working collaboratively to come up with a better motherboard, a better power supply. And it’s not just industry titans, either; anyone can download and modify the specs for Open Compute hardware.

Why should anyone with a day job and a social life care about this?

Two reasons: First, every time you click anything anywhere on the Internet, it takes a tiny toll on the environment — something with the impact of an ant’s footstep on a boulder. It takes electricity to power the machines that process the clicks and carry the data around the world, and most of that energy ain’t coming from wind farms.

Second, every click, every bit of data costs the companies behind web services a tiny amount of money, maybe hundredths of a cent, maybe thousandths of a cent. They’re paying to power the services, to store the data, and to employ the folks who keep the machines running.

In aggregate, those tiny costs add up to tons and tons of carbon and billions of dollars in bottom-line costs for companies like Facebook, Amazon, et cetera. So by putting aside their differences and competitiveness just long enough to make better, faster, cheaper, kinder-for-the-planet servers, these companies are ensuring a better environment for all of us as well as lower operating costs (and higher profits) for themselves — something Facebook in particular can’t afford to overlook.

This open-source hardware movement is still in its early days. Today marks the start of the Project’s fourth Open Compute Summit; while the first Open Compute efforts were driven by Facebook, today’s summit is thick with IT corporations from around the world.

“We’re seeing signs that the industry is changing, it’s becoming more open,” said Facebook hardware chief Frank Frankovsky (pictured above and below) today in his opening keynote. “Suppliers are seeing that there’s a radical change in this space.”

And as hardware becomes more open, not unlike the world of software, where open-source is the backbone of most systems, Frankovsky and others try to look into the near future and figure out where Open Compute and its network of partners should go next.

“Where it’s all headed in my mind is about breaking up the monolith … disaggregating the system design,” he said.

What that means, he continued, is changing the way data center hardware works. Instead of moving slowly and changing out whole stacks of hardware, Frankovsky says hardware should become — and is becoming — more flexible to meet consumers’ needs, more customizable to different configurations, and more quick to adapt to innovation.

He said “smarter technology refreshes and upgrades” is another challenge. So for OCP, breaking up the monolith means malleable configurations for data center gear, smarter tech upgrades, faster innovation for speedier components, and above all, openness. 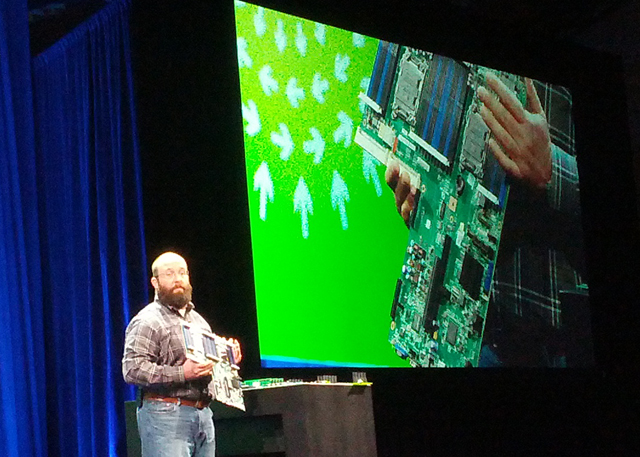 Another exciting news item is the opening of OCP’s first international chapter, OCP Asia Pacific. With partners like Tencent, Baidu, and Alibaba, OCP already has a significant foothold in Asian markets, which are themselves hugely important hubs for hardware design and manufacturing. Interest in the region has been so strong that Frankovsky said some interested parties had taken it upon themselves to translate OCP specs into Japanese. Plus, he pointed out, “Asia’s going to have their own way to focus on their own issues,” such as earthquake tolerance and high-density physical spaces.

For Facebook’s part, the company is open-sourcing cold-storage versions of OpenVault and OpenStack, which are in use in its new-ish Sub-Zero cold storage facility, as well as Dragonstone, a new database server for its Swedish data center featuring high availability with dual motherboards and power supplies.

For more specifics, check out the OCP’s blog post on today’s announcements, and stay tuned for more news from the Summit.