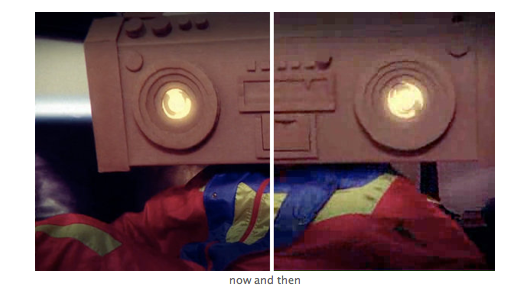 Videos haven’t been a major part of the Facebook user experience since the feature launched last year, but that may change due to a new set of features the company announced yesterday evening.

Videos uploaded to Facebook can now be in higher-definition, up to 1280 by 720 pixel resolution (see the difference in the sample above). These videos can also be embedded across the web, a new feature. These embeds include privacy settings, so if you embed a Facebook video on your blog, you can set it so that only your Facebook friends (who are logged into Facebook) can watch it.

Hosting and running videos requires expensive technical infrastructure, but videos are also a great way to keep people on the site longer — or in the case of embeddable videos, to bring them back to the home site. The move seems to reflect Facebook’s oft-stated intention of building a great product first and then worrying about how to make money on it. Even online video market leaders like YouTube are still figuring out how to monetize their millions of viewers.

Since Facebook launched videos last year more than 45 million of them have been uploaded, the company says, with 100,000 new ones each day. Expect that number to increase.

Here’s an interview Robert Scoble did recently with Chris Putnam, a leader of Facebook’s video efforts.