Facebook is adding another subsea cable system to its roster — partnering with telecom infrastructure operator GlobeNet to build a new link between Brazil and Argentina.

GlobeNet, which offers a range of infrastructure services across the Americas — underpinned by more than 23,500 kilometers (14,200 miles) of submarine cabling — first announced its latest project back in May; however, Facebook’s involvement was not known at the time.

The 2,500 km (1,553 mile) cable, which will be known as “Malbec,” will connect Argentina‘s capital of Buenos Aires with São Paulo and Rio de Janeiro in Brazil, with an additional branch reaching the Brazilian city of Porto Alegre. The cable will be co-owned by GlobeNet and Facebook.

On the surface, Malbec is designed to better connect Brazil with Argentina. Within the context of GlobeNet’s broader subsea cable infrastructure, however, it will serve to improve connectivity between the United States and South America’s southern segment, including Argentina. Most of Facebook’s servers are based in the U.S., so this is a key step for the company in terms of improving speed and data transfers between its core servers and Argentina.

“The new infrastructure will provide seamless connectivity between the Southern Cone of South America and the United States,” GlobeNet said in a press release. 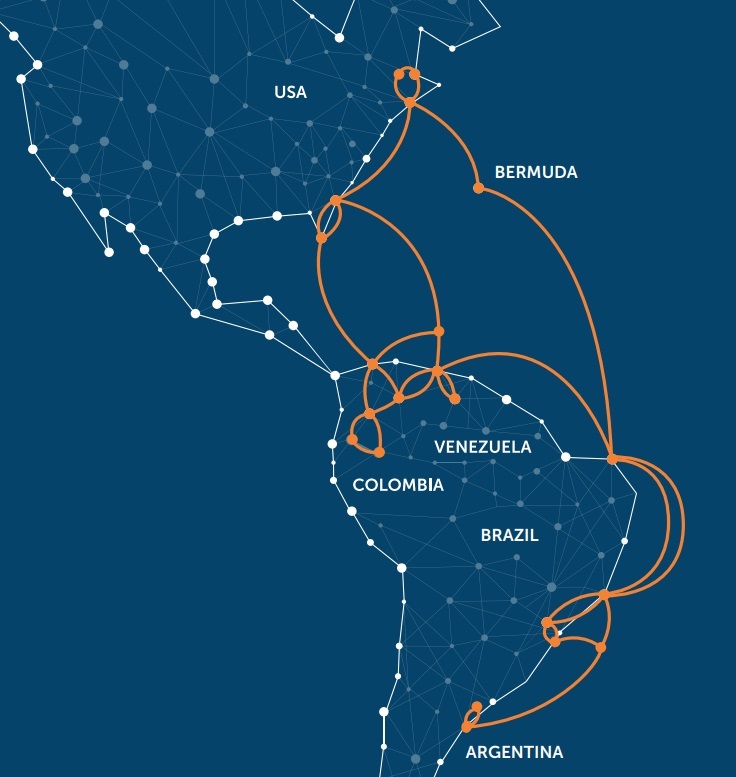 Facebook is no stranger to submarine cable investments. Back in 2012, news emerged that the social network giant had invested in the Asia Pacific Gateway underwater internet cable, connecting Malaysia, South Korea, and Japan, among other countries in the region.

Last year, Facebook and Microsoft completed their 4,000-mile transatlantic internet cable Marea, connecting North America with mainland Europe, while in January news emerged that Facebook was also investing in an 8,000-mile cable stretching from the U.S. to Hong Kong.

Infrastructure is a key component of Facebook’s business, as the company needs to deliver lag-free services, including messaging, video-streaming, and even virtual realty (VR). In addition to its U.S. servers, Facebook has datacenters in Sweden and Ireland, and a Danish hub is scheduled to open in 2020, followed by one in Singapore in 2022 — which was announced just today.

The new Malbec cable is expected to be operational by 2020, and the companies say it will “double the current international capacity” delivered to Argentina.

“Argentina deserves state-of-the-art infrastructure to satisfy the pressing demands of the years ahead,” said GlobeNet CEO Eduardo Falzoni. “This project is a testament to our capabilities, expertise, and commitment to the region where we have been operating for 15 years.”