Today at its now annual f8 developer conference in San Francisco, Facebook has announced the launch of App Links, a tool that enables developers to link from one native mobile app to another.

Facebook’s goal is to make mobile apps feel less isolated from one another by creating a universal standard. App Links also enables web apps to link directly to native apps.

Here’s a look at the new service, which supports Android, Windows Phone, and iOS: 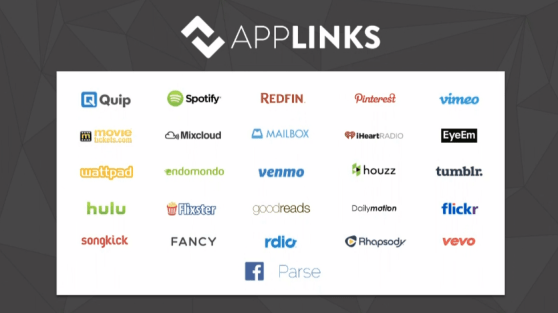 Observers have long-expected Facebook to launch a mobile ad network at f8, extending its news feed and page ads far beyond its internal social network. Additional leaks include a potential e-commerce product and a new way of linking between apps on mobile devices.